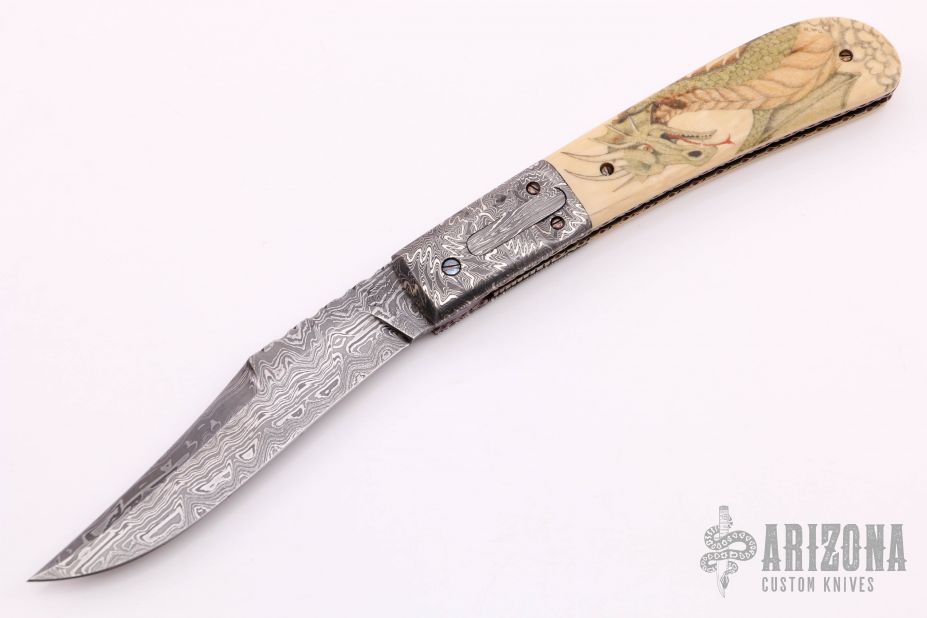 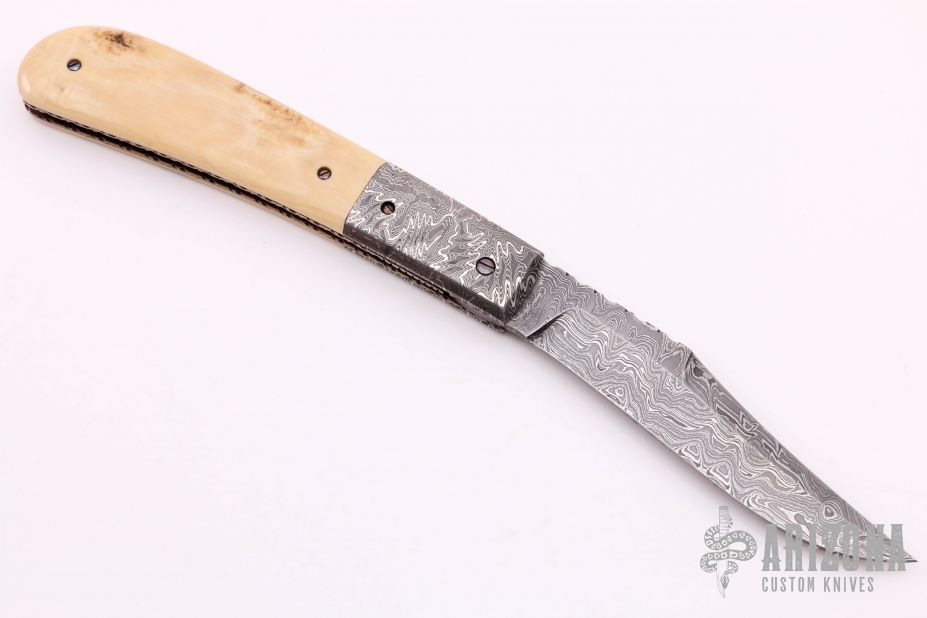 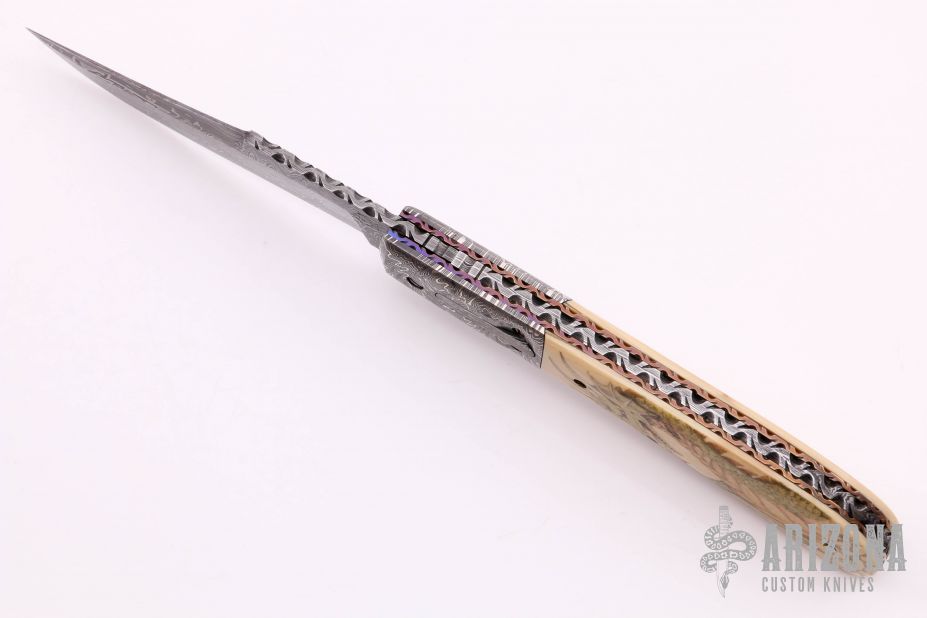 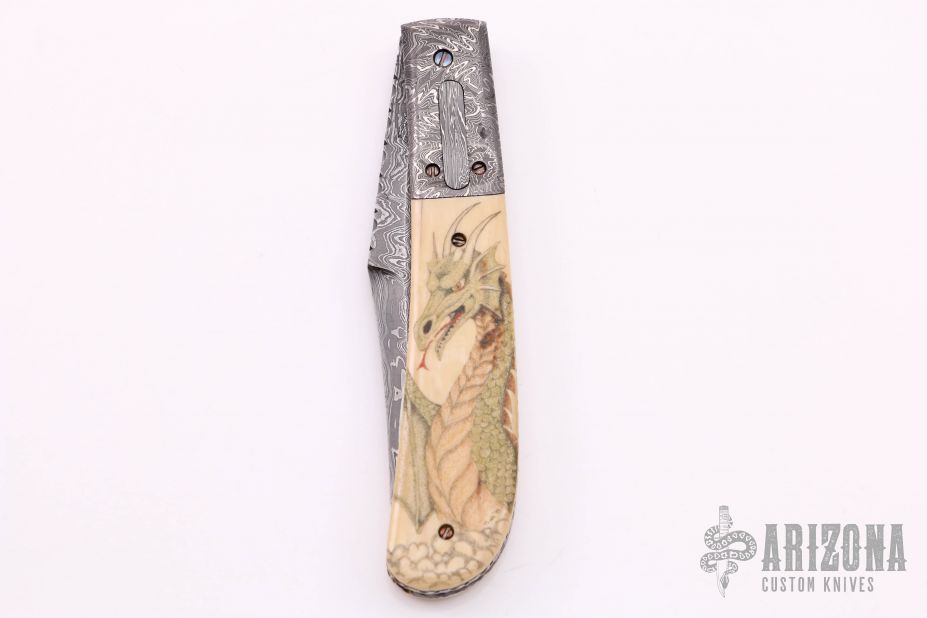 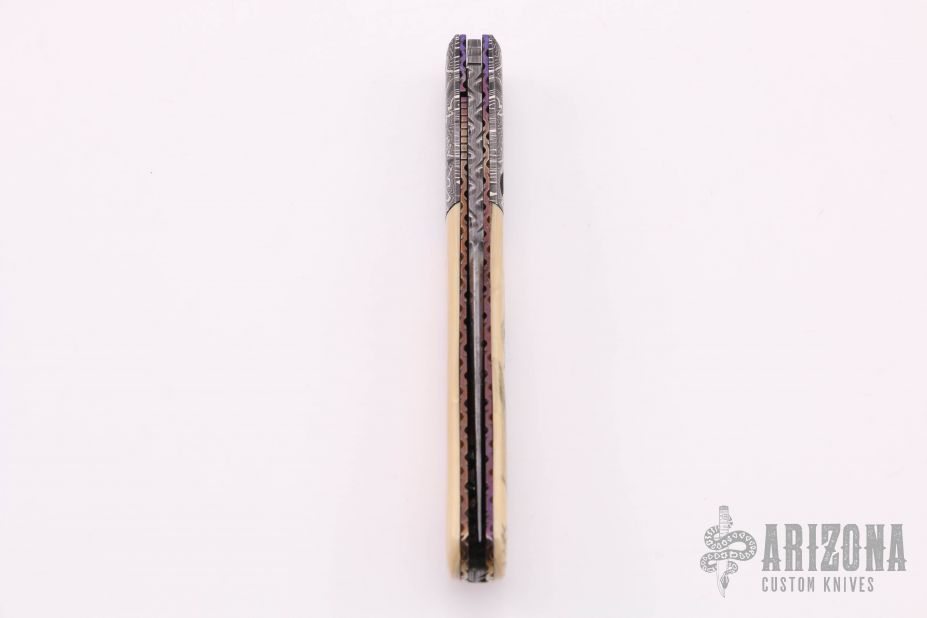 Get email notifications for Hanson III, Don add to wishlist

I started making knives as a hobby back in the 1980s. One of the first knives I made was a fighter with desert ironwood handle.Among some of the first knives were filet knives, kitchen knives like paring, butcher,and slicing knives. One of those knives started out as a bait cutting knife to use when we were in the commercial deep sea fishing business in Florida. It is now being used in my kitchen to cut up vegetables. In 1990, we moved from our native Florida to Southern Missouri. During this time, I began making knives full time. These knives were mainly hunting style knives along with a few custom bowies. In the beginning my tang stamp was my initials DH, but in 1996 I changed it to a sunfish stamp designed by my wife. In 1994, I began making slip joint folding knives in the old traditional patterns. This is where the classic traditional sunfish pattern comes in.The sunfish was one of the first knife patterns I made. At the knife shows, I became known as 'The Sunfish Man'. From that name came my forge name and later, my website name of "Sunfish Forge".With each order for a folder I began to evolve into more of my own designs, moving into making more art knives, automatics,and solid 18K Gold knives.Around 2003, I started making forged bowies and fixed blades againwith both traditional damascus blades and also carbon steel bladeswith vivid hamons-temper lines. I began making my own damascus in 1994; starting out with trips to the National Ornamental Metals Museum in Memphis, TN.With help from my Memphis friends, I was able tomake my first damascus. In 1999, I built my current shop.It has enough room in the back for 3 Little Giant powerhammers - a 25 lb. and two 100 lbs.; a forging area with 2 gas forges and a 24 ton press. With this equipment I am able to forge traditional damascusalong with mosaic damascus for all of my knives.