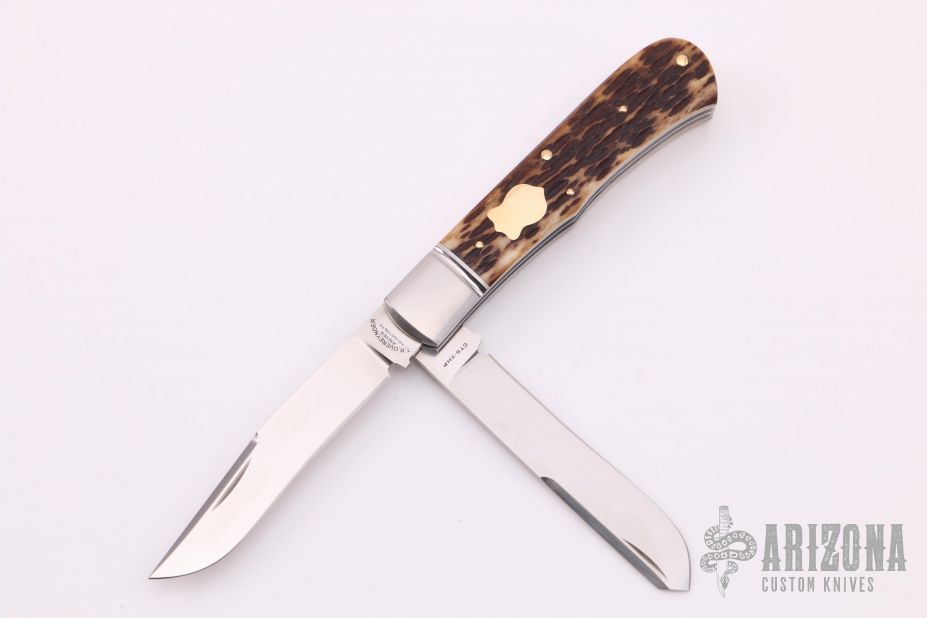 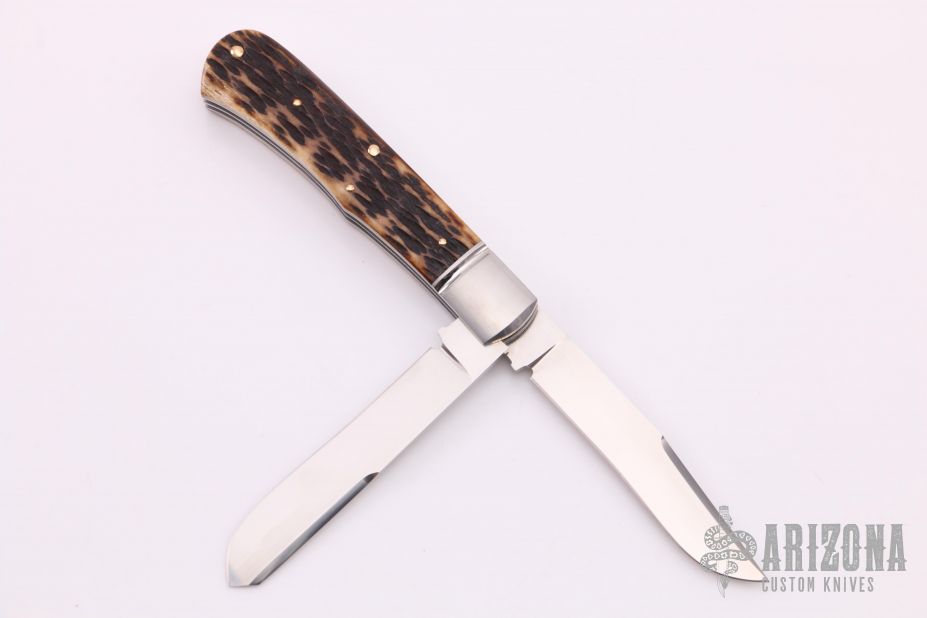 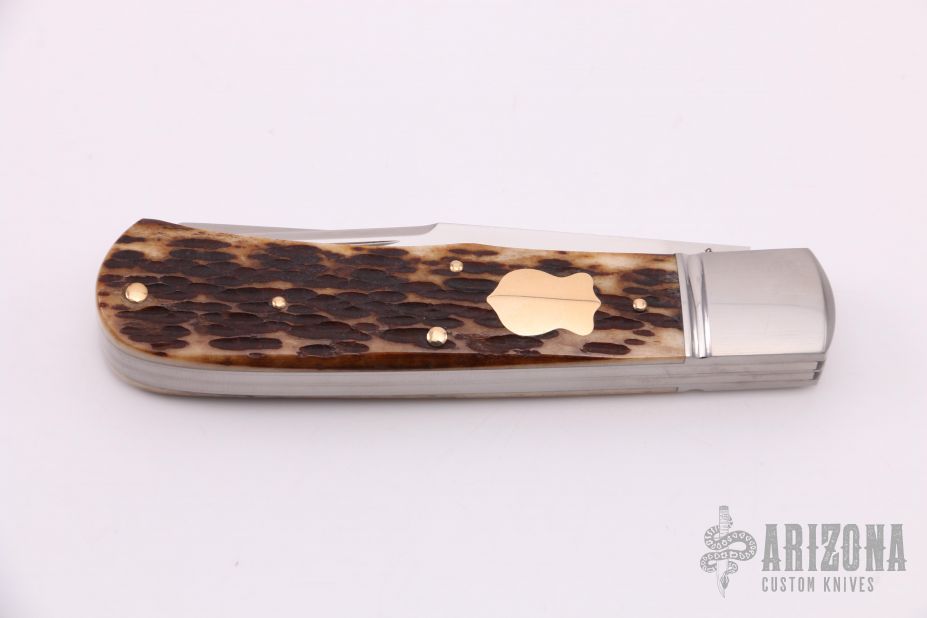 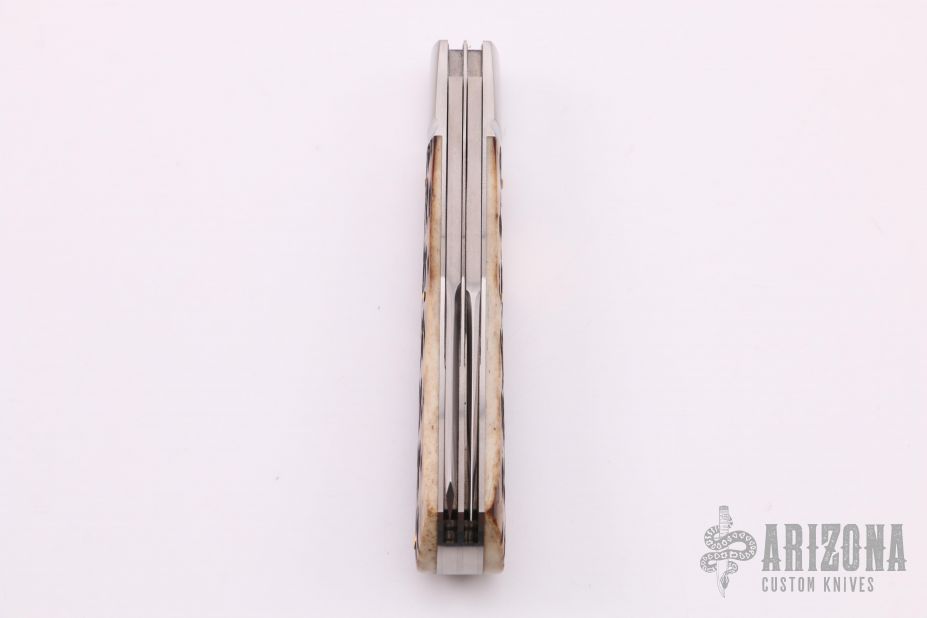 This Trapper by Tommy Overeynder features 2 hand rubbed satin finished blades with nail nicks. The handle has stainless steel fluted bolsters, stainless liners and springs, black bone covers with stainless pins and a 14kt gold escutcheon. Has half-stops and springs are flush at all positions. Comes with a zippered case. Excellent condition.