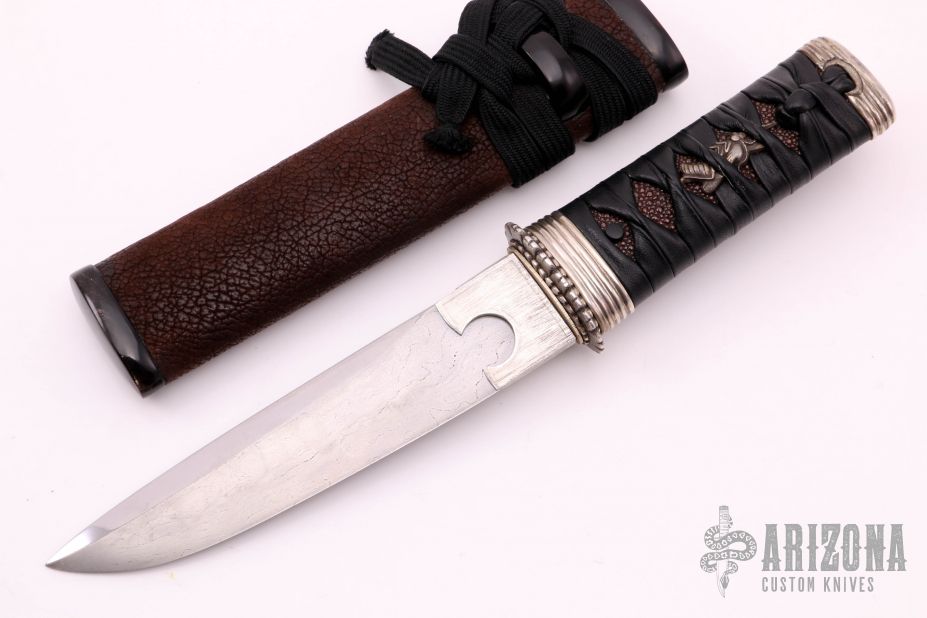 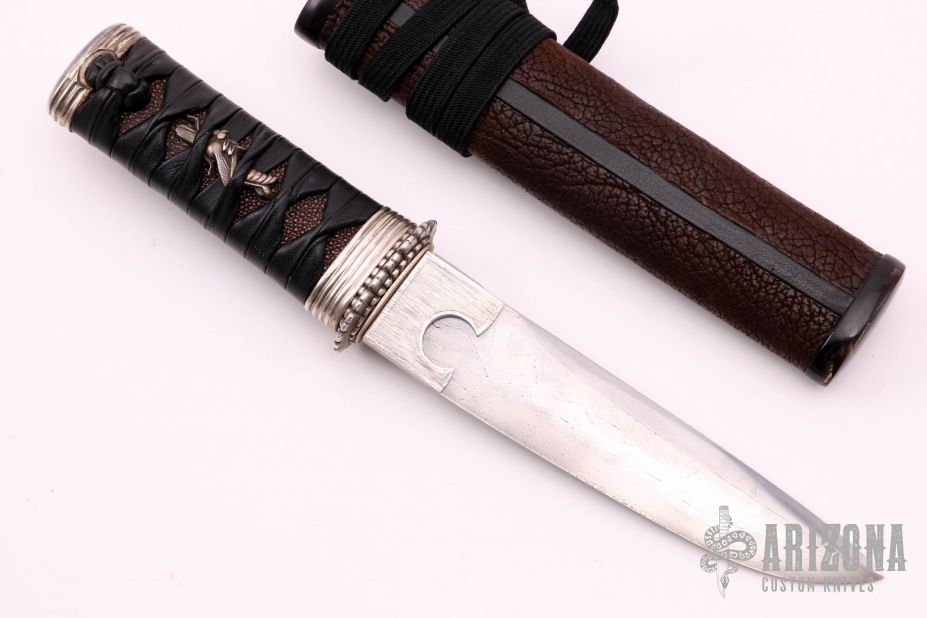 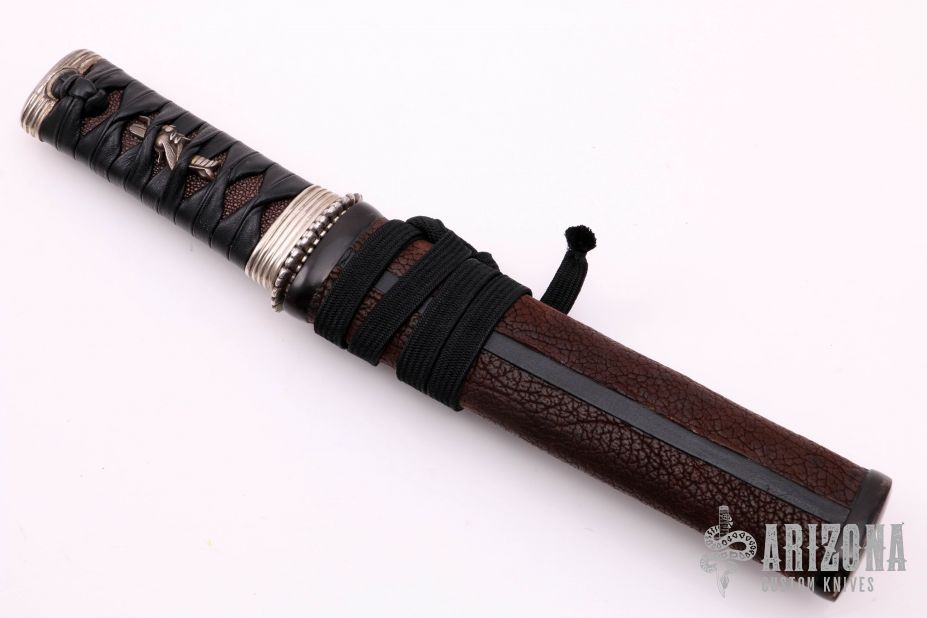 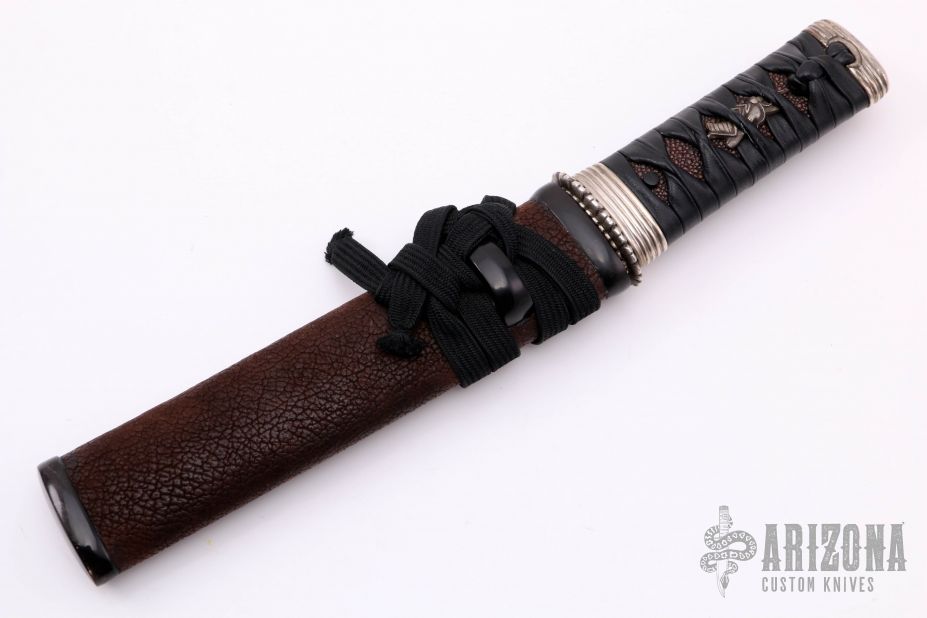 Get email notifications for Goldberg, David add to wishlist

Kinzan has been in involved with Japanese Samurai Swords and sword arts since 1983 when he began his study of Aikido and Japanese swordsmanship. He has become a highly sought after world renown master sword smith & swordsman, as well as a martial arts self defense Sensei. . Together he devotes his life to the creation, care and preservation of samurai Swords, swordsmanship arts, and Japanese culture. Kinzan majored in three dimensional design, sculpture, and art in college in 1977. 10 years later after pursuing an artist's path began his study of the creation of traditional samurai swords in 1987. 8 years later, after devoted study became a full time sword maker in 1995. His first blade smithing teacher was C. Robin Hudson a master smith of mosaic Damascus and modern art knives. He then continued his study with the guide of master sword maker Michael Bell Sensei, who is still creating wonderful works of Japanese art today. Kinzan then found a traditionally licensed sword smith in Japan, Fusa Taro under the Kanefusa lineage. He continues his relationship with him, to study with and guide him . Although he is a master level swordmaker himself, Kinzan visits Japan regularly to further his skills and refine his techniques with his colleagues and teachers. He says.... ""One never stops learning. Like a constant drip of water wears away stone, continued perseverance of the truth, to polish one's own skill, wears away the ego. And here true mastery exists"" Kinzan's Gold Mountain Forge produces contemporary master level Japanese weaponry. Everything from small self defense carry ""Zanto"", ( a term he coined for his ""Ready Knife"") to the longest traditional Daito sword. He specializes in unique blade designs, with individually unique metallurgy and hardening techniques for his discerning clientele. On the Martial side of the coin, Kinzan sensei has attained the grade of 5th dan, in aikido self defense, and in Iaido Japanese swordsmanship a 4th dan grade. He holds a martial arts budokan in Pennsylvania USA The River of Life Martial Arts and Wellness Center, and still a devout disciple of Mitsugi Saotome Shihan founder and leader of Aikido schools of Ueshiba. Saotome Shihan is a direct disciple of Moreihi Ueshiba , founder of Aikido. Kinzan studies Muso Shinden Ryu Iaido under the lineage of Takshi Mitsazuka. Through years of training Kinzan has developed a simple battoh style of tamashigiri and cutting curriculum for the novice cutter, as well as the advanced practitioner. It is based on all of the sword arts he studies. Fostering safe and logical foundational samurai sword techniques, and movements. derived from the study and observation of Aikido, Muso shinden ryu Iaido , Shinkendo swordsmanship, and Nami Ryu Kenjutsu . Kinzan's love and devotion to Japanese swords, sword history, and Japanese culture carries' through into his work. His craftsmanship, understanding of correct metallurgy, geometry, and tradition, makes his work classically beautiful, functional, and collectable. ""Integrity is being good, and true while no one is watching"" Kinzan prides himself on his integrity striving to live by the 7 budo virtues as passed down by Mitsugi Saotome direct disciple of the founder of Aikido Moreihi Ueshiba. Jin: benevolence, Gi: honor or justice , Rei: etiquette or politeness ,Chi: wisdom ,Shin: sincerity, Chu: loyalty ,Koh: piety or humanity. Although it is and arduous path, and difficult to adhere to the strict guise of Budos 7 virtues every moment, it is a path to follow. These principles help to keep Kinzan on the true path, and a daily reminder of how to conduct one's self in life. It shows in his work, and his character.