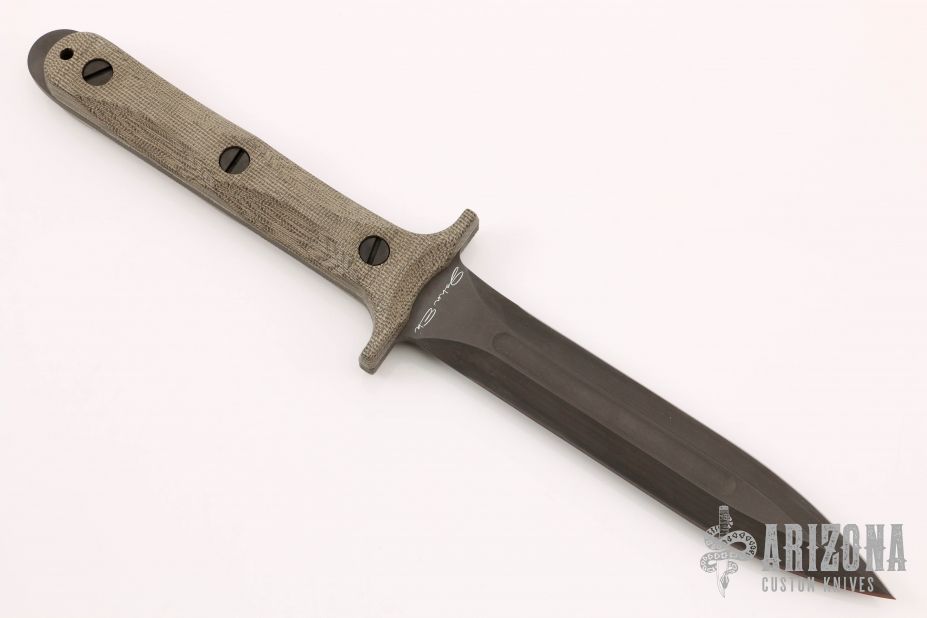 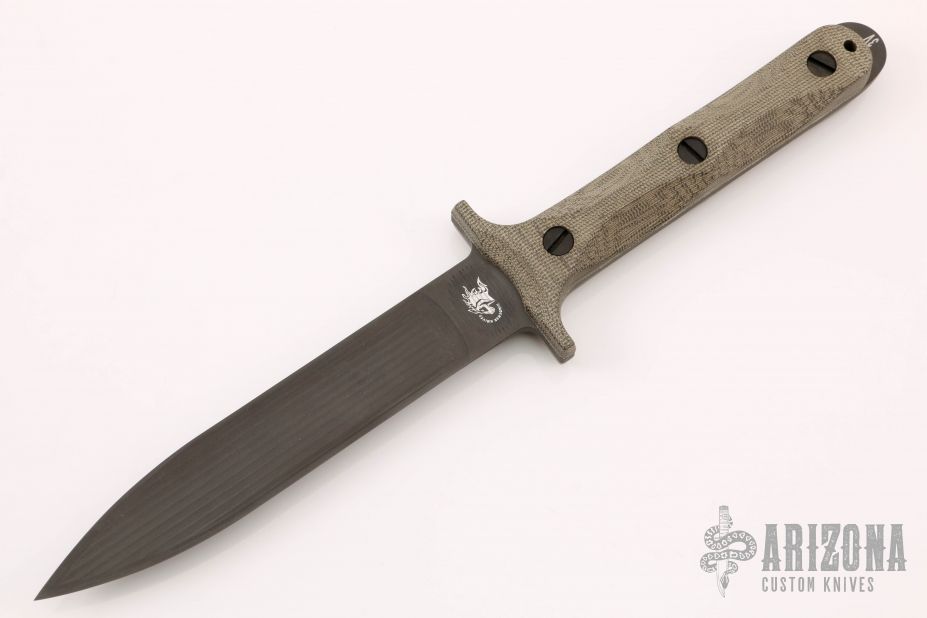 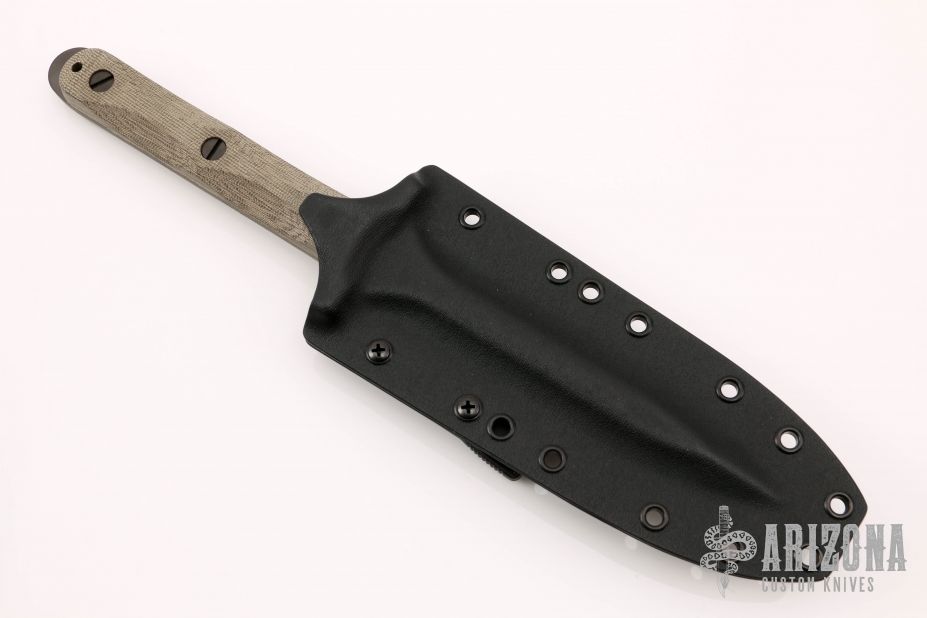 Taking the design and legacy of the John Ek Commando dagger and adding Rick Hinderer's modern design touch brings you the Rick Hinderer Knives/Ek commando dagger. Being a collector of John Ek knives for many years himself, Rick has come to appreciate the simplistic approach to his designs. Born from the need in WWII for knives for our servicemen fighting overseas John Ek developed a knife style that was tough and worked but also a means to manufacture them so as many as possible were able to get in our fighting guys' hands.

The John Ek Commando knife company is owned by Ka-Bar so Rick again went to his friend John Stitt, CEO of Ka-Bar knives with the idea of making a collaboration with Ek. Rick took the simplistic Ek model 1 and using it as a canvas added features that he thought would be well received by the GIs in WWII. Along the way that one design morphed into two different models!

The first rendition added a lot of features but still stayed true to the conventional double-edged dagger. Starting with the handle Rick kept the sturdy full tang feature just as the originals with the protruding skull crushed at the end. He also kept the very distinctive scalloped handle scales that are very much Ek. The crossguard was added into the full tang construction thereby guaranteeing a rock-solid hold. The blade is where things really depart from the original. Rick decided on a hollow "ground" double edge and instead of grinding those edge bevels, they are 3D milled them which allows the incorporation of an "armor-piercing" tip! With a deep fuller running the length of the blade it gives it the "I beam" toughness. All this makes this Traditional Ek a very capable dagger.

For the second model, Rick decided to depart from the traditional dagger and incorporate some very cool features that he feels the commandos in WWII would definitely have voted for! While leaving everything about the handle the same as the first model, he made all the changes to the blade on this second model what he calls the "Hollow Ground" Dagger. What does Rick mean by that? Leaving the facing side the same double edge on the reverse side he scalloped the entire blade into a wide concave surface. It essentially makes this dagger a "chisel" ground type. And again, all bevels are CNC 3D machined. This cross-sectional shape is very similar to the "tri" blade bayonets of the 18's. To complete this very unique blade Rick added a concave “thumbprint” similar to the Case V-42 of WWII.

Two different steels are offered in the series, CPM-3V which has been DLC coated black, and O-1 Tool steel which has been parkerized just like the vintage knives of WWII! Handle material for these are Black Micarta and OD Green Micarta. For sheaths, they again turned to buddy David Brown of Buy Brown sheaths for an incredibly made kydex sheath with TeK-Lok. 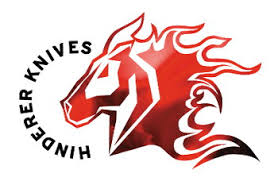 In the mid 1980’s Rick Hinderer began his knife making journey making art knives in a small 14′ x 18′ turkey coop with none of the modern amenities, like heat or running water! Art knives are a far cry from the tactical scene which Rick is so deeply entrenched in now. Over the years his meticulous attention to knife design and knife making, coupled with his real world experience as a Fire Fighter / EMT sets him apart from the rest. Rick’s design philosophy is deeply rooted in his experience with using his knives as part of his first responder tools. That catalyst of change from art knives to hard use tactical was after Rick joined the rescue dive team. He really began to look at knives and designs more as hard use tactical tools than works of art. Rick began changing over from old world knife making techniques to modern CNC precision manufacturing. With the combination of designing art knives, and his real world experience as a first responder, this unusual perspective allows him to design hard use tactical folders that are not only aesthetically pleasing to the eye, but extremely comfortable in the hand. All of Rick’s products are engineered to go the distance when it counts the most whether it be when life is on the line, or you just need a good cutting tool.