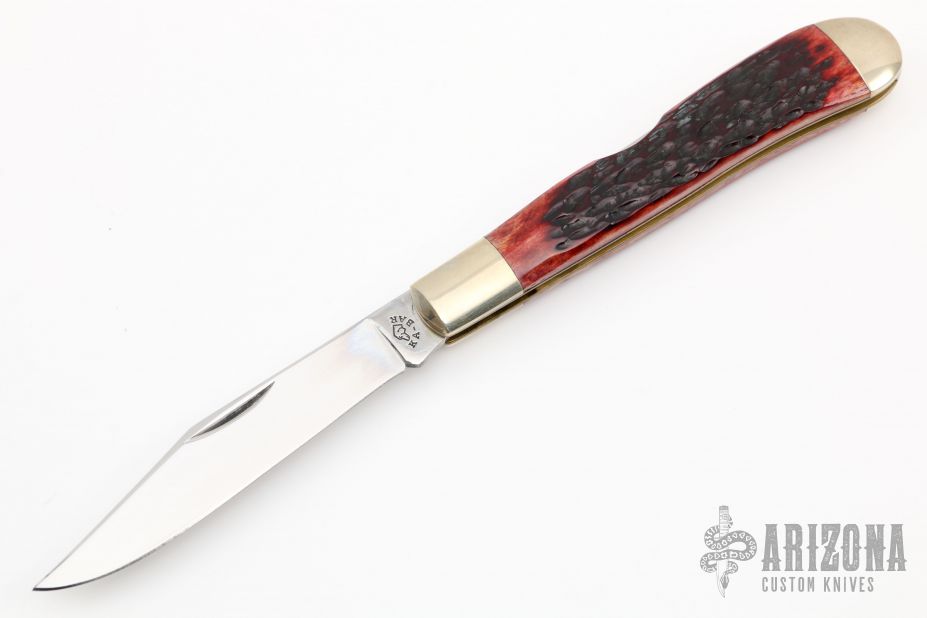 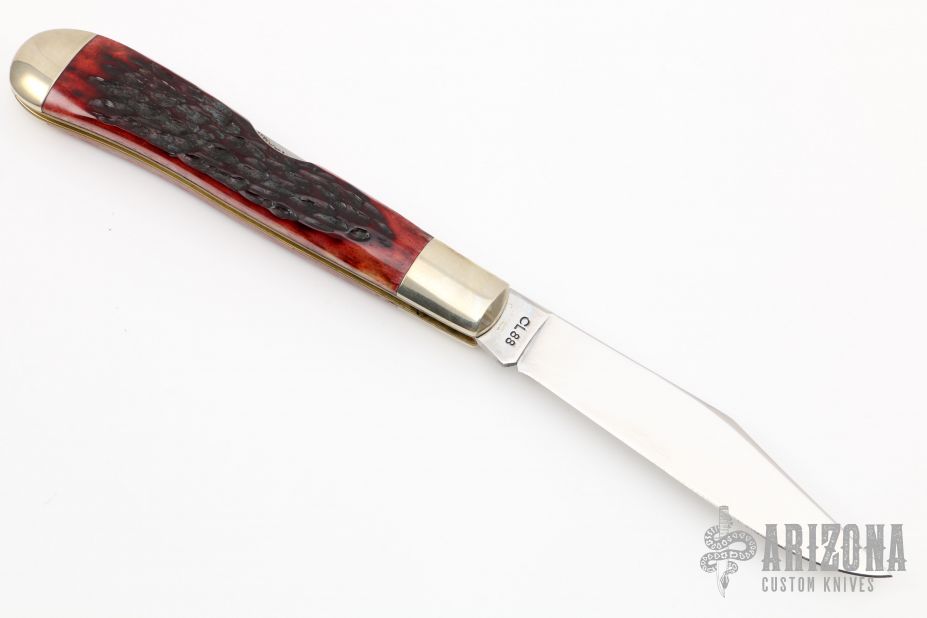 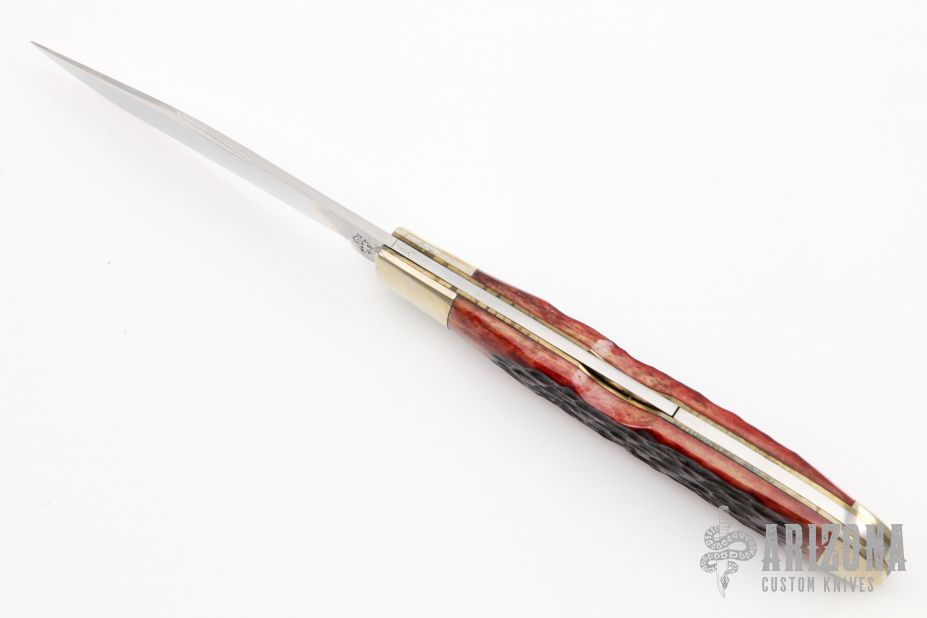 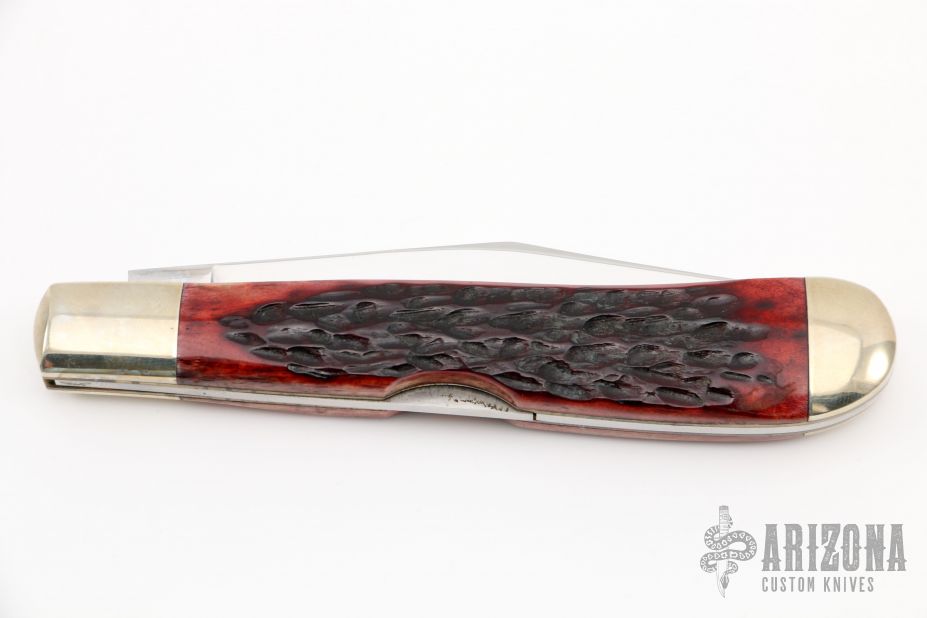 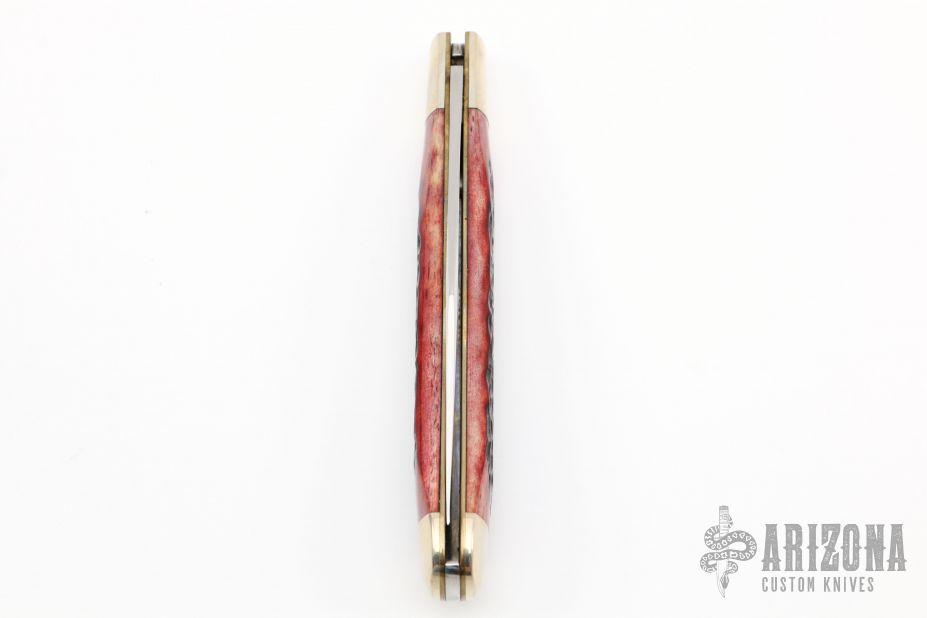 This CL88 Lockback from Ka-Bar features a polished clip point blade with nail nick. The handle has nickel silver bolsters and pommel with jigged bone scales over brass liners and stainless steel back spring. Excellent condition. Comes with original box.