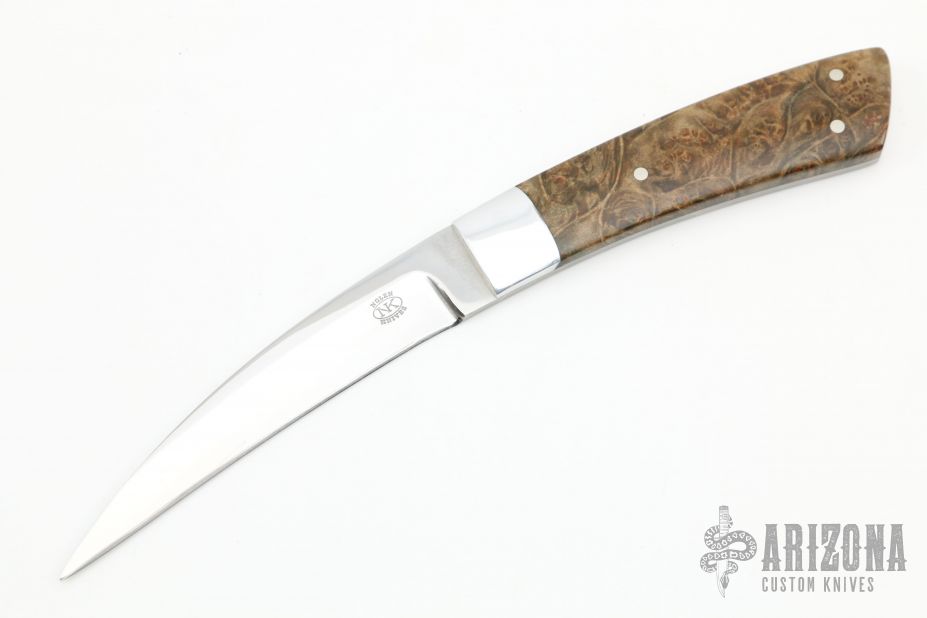 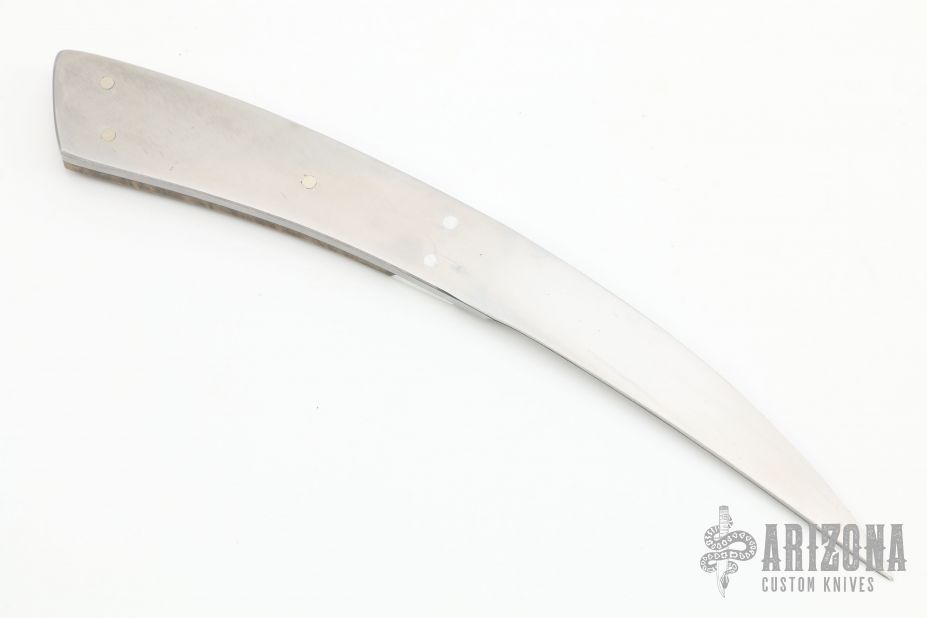 This knife by R.D. Nolen features a mirror polished chisel ground hawkbill style blade with a full tang construction.  .136" Blade Stock.  .816"  Blade Depth. The handle features a polished steel bolster and a single burl scale.  Light scratches are visible on the blade and handle otherwise the knife is in good condition.