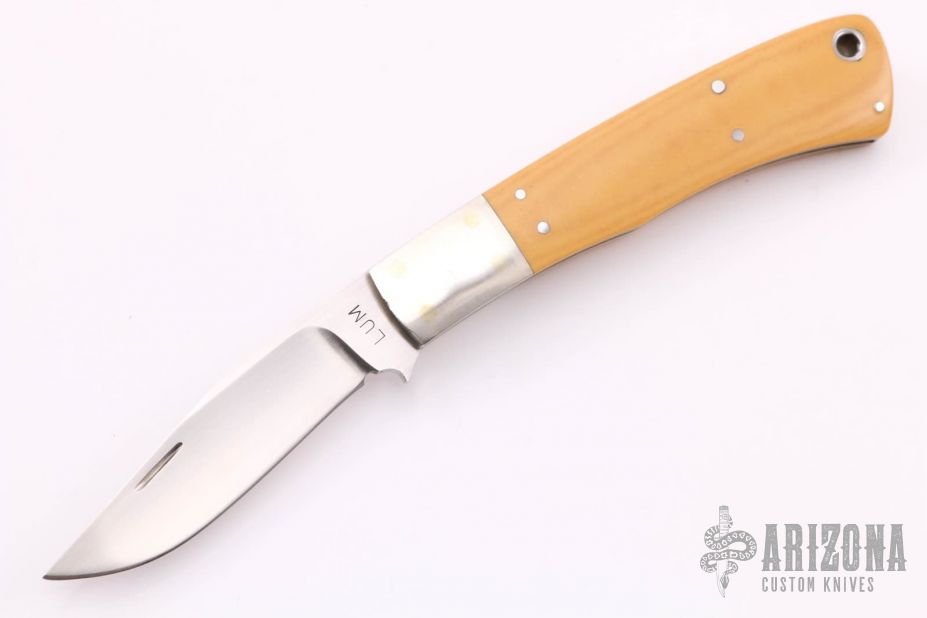 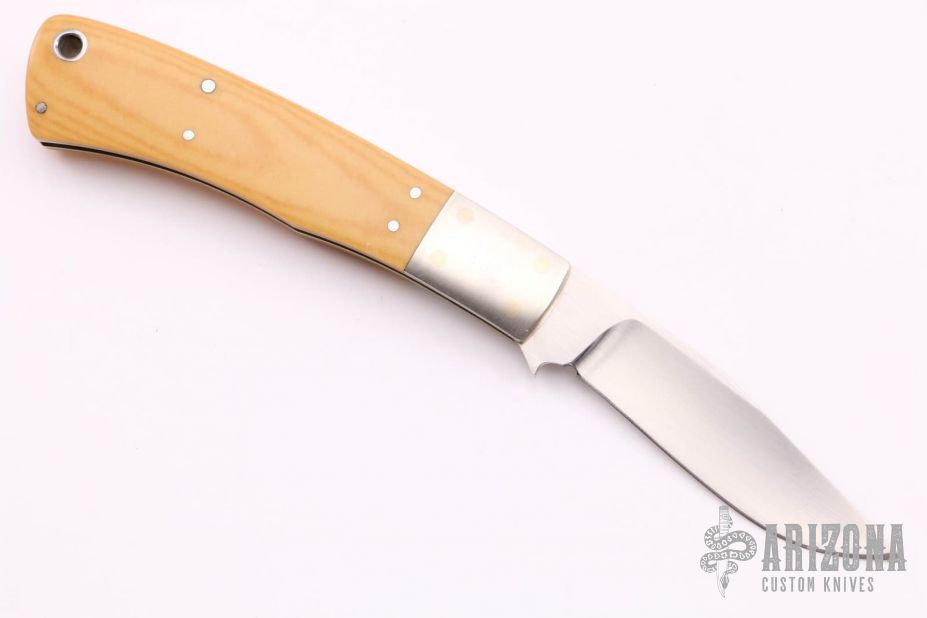 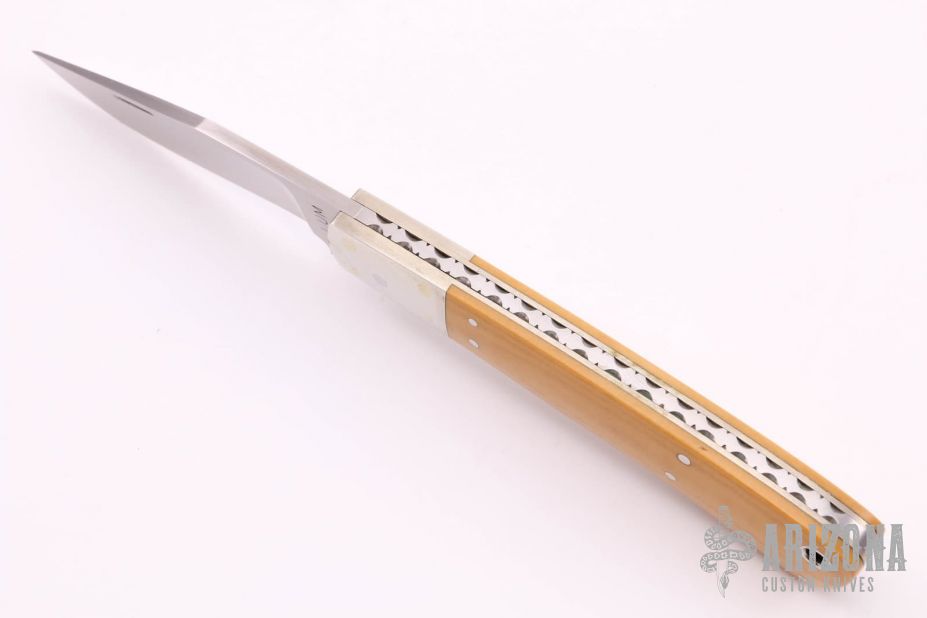 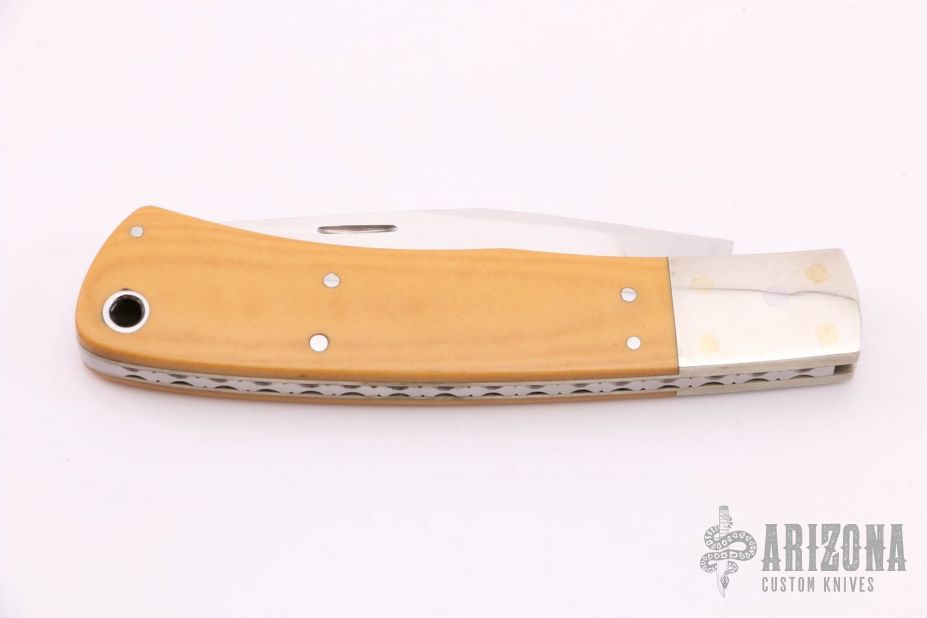 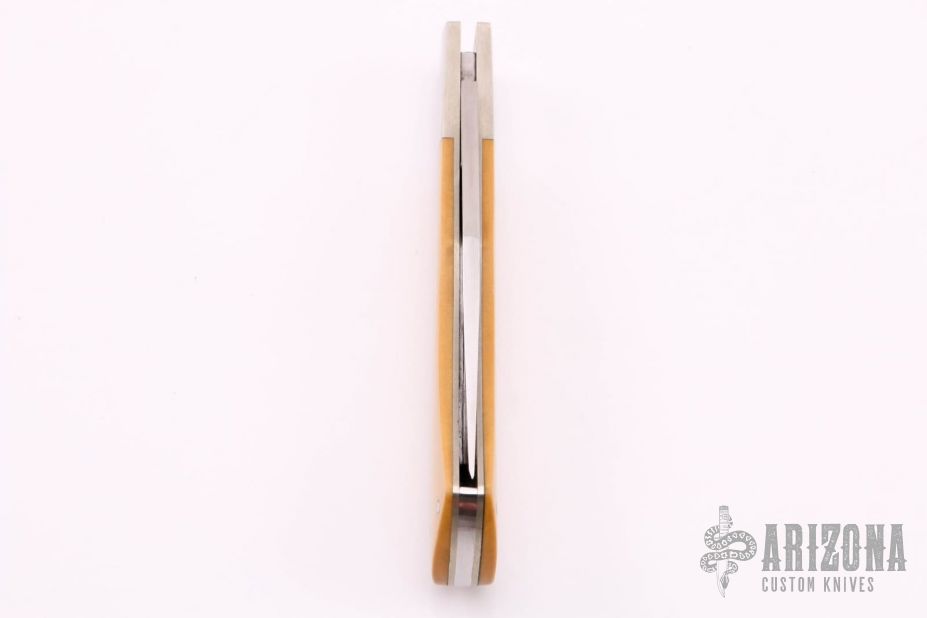 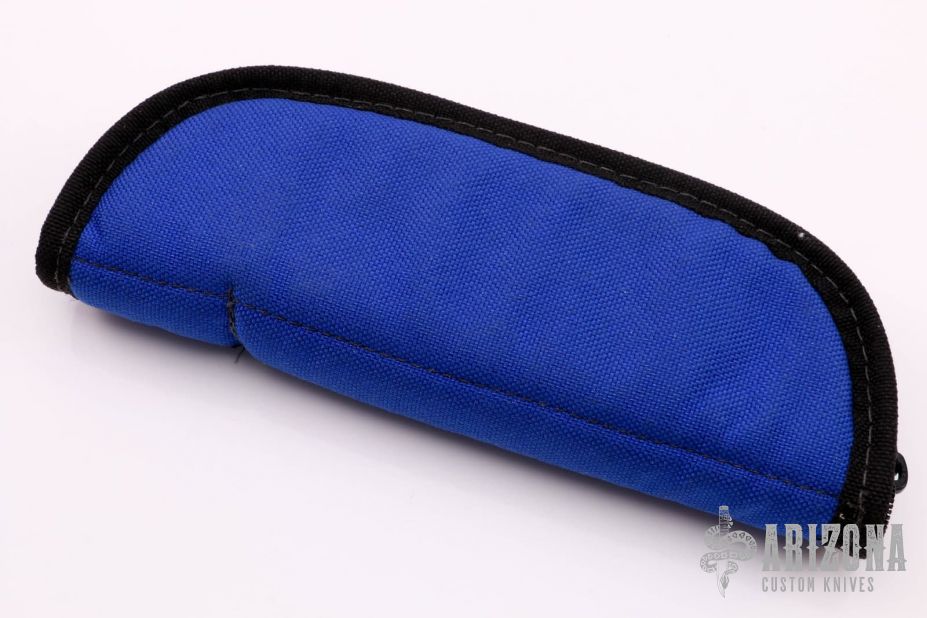 Get email notifications for Lum, Bob add to wishlist

This slipjoint by the Late Bob Lum features a hand rub satin finished blade with nail nick. The handle has nickel silver bolsters and liners, yellow paper micarta covers, and a fileworked stainless steel backspacer. Comes with a zippered case. Has a few light scratches and a ding on the front bolster, otherwise excellent condition.

Knifemaker and designer Bob Lum passed away in 2007. As the artist and maker that began the "tanto" style knife from antique versions from Japan, he will be remembered as a considerate, kind and wonderful friend in the knifemaking world, besides being an excellent craftsman and designer. Bob was born and raised in Astoria, Oregon by his parents, the late John W. Lum and Clara Wong Lum. He married his wife, Jean, in April 1979 and they had one son, Eli, and is also survived by many, many relatives mostly residing in the Pacific Northwest.