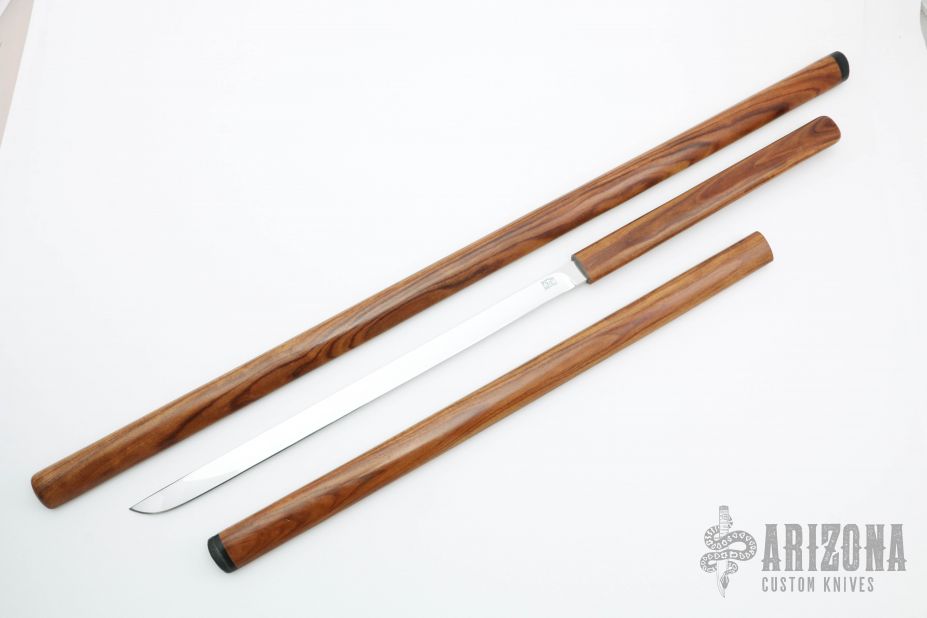 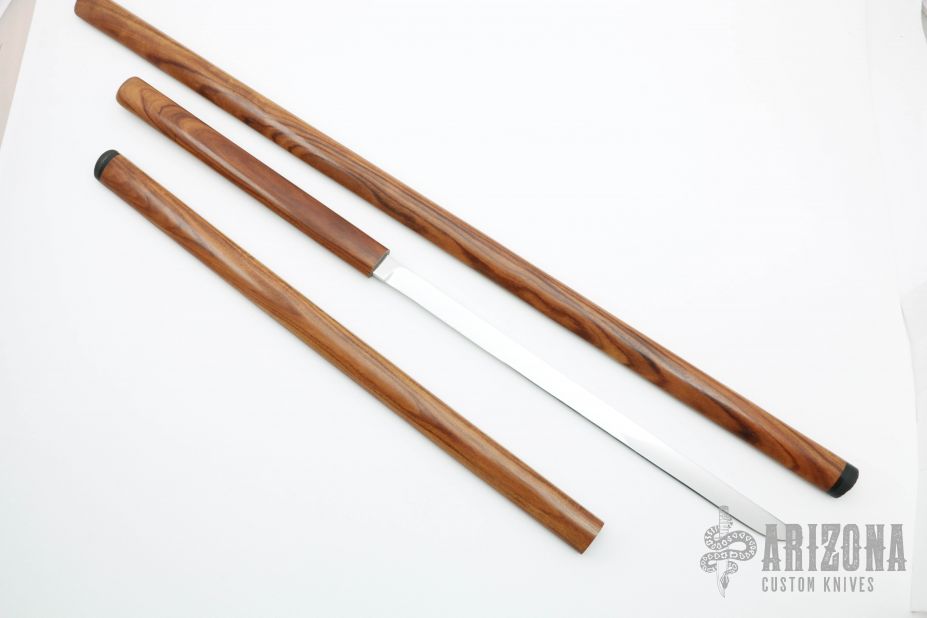 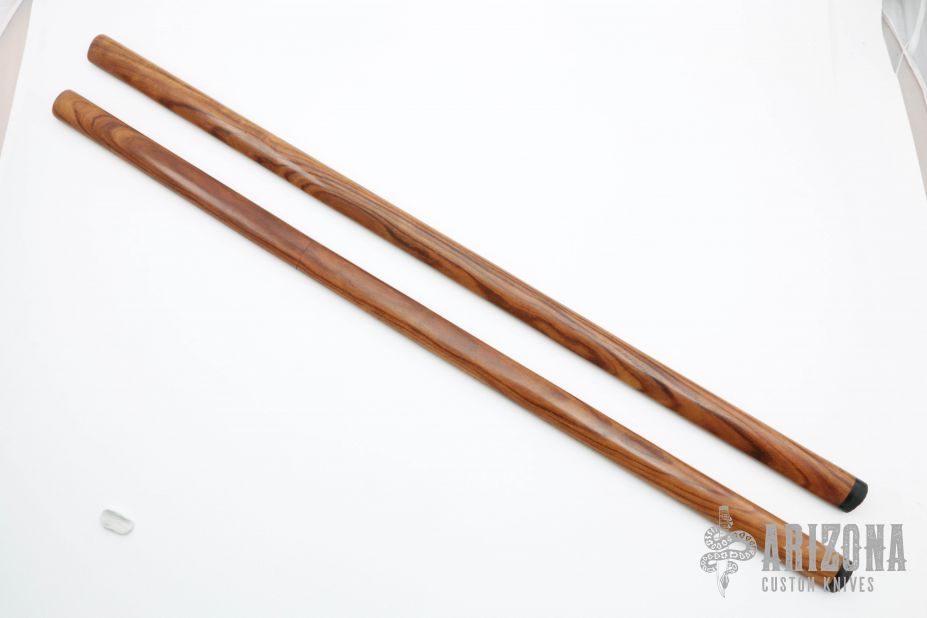 Get email notifications for Brend, Walter add to wishlist

This Prototype #000 Cane Sword Set by Walter Brend features the Walterboro SC Logo. It has a mirror polished blade  with .242" blade stock and .913" blade depth, hidden tang construction. The handle and scabbard are made of matching wood and has a rubber end. Comes with a matching wooden cane with rubber end. Definitely one of a kind. Both come with cloth sword bags.

Walter Brend used to have a photo of Earl Marvin with the sword on his old website. He stated to the owners son at some point that the sword is worth $15,000

"We had 3 cane swords made by the famous Walter Brend. He specializes in combat knives mostly for military. These Cane Swords have wooden handles and sheaths. They look like a cane, but have a deadly and extremely sharp blade hidden inside. Very secret weapon, has rubber stubs at the bottom to appear like a real cane.These swords were made for the late Kyoshi Earle Marvin, a master in martial arts. Kyoshi was my father and his sword was the very first made. There are only 8 in the world and I have #00 and #02. #00 is in immaculate condition, never has been used for anything other than practice in the air. It's the lighter wood handle with matching case. #02 has been used and was restained.  Walter Brend stated that they are worth $15,000 per sword at least b/c only 8 exist. One (#01) was burned in a house fire, so not including these 2, there are only 5 left in existence."

Walter Brend is a living legend in the knife industry. He's been grinding knives for over forty years and has gained a reputation for having some of the most intricate and most beautiful custom grind lines around. He specializes in tactical folders and fixed blades that are just the right combination of size, style, and of course functionality. After living in several states, Walter and his wife moved to a rural McMinn County Tennessee home and soon began turning out new styles for collectors in an expanded work shop. The shop is filled with different sized belt grinders and unique equipment needed to cut and finish his one-of-a kind creations. Several machines were designed by him and built by a specialty company. Along with constantly developing new and unique knife design styles, Walter also takes special orders from collectors who have their own ideas. Buyers in other countries often seek special creations, asking for both hunting and collectible knives. Walter said his most expensive weapon created was a sword that sold for $30,000 to a collector in China.