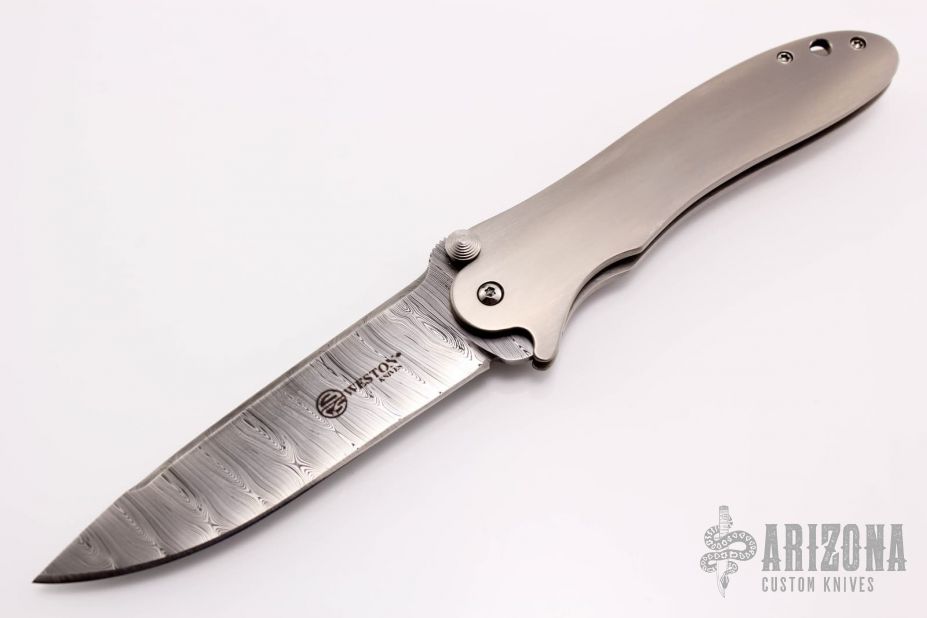 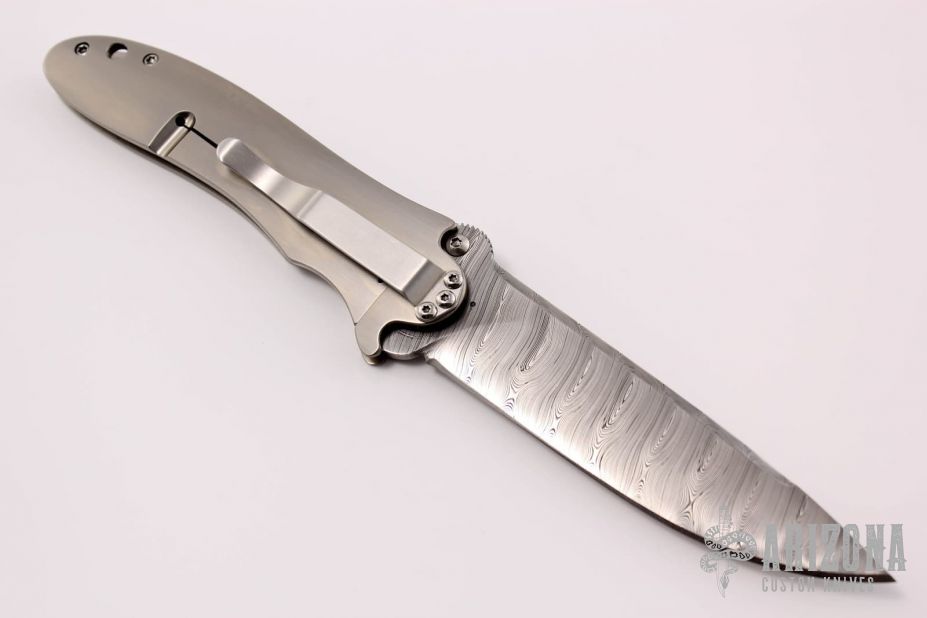 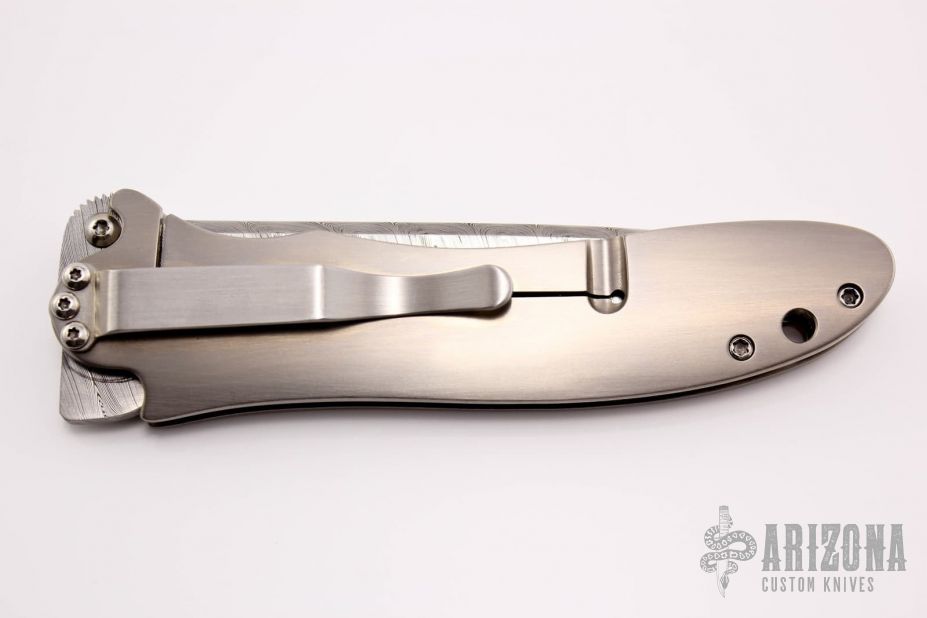 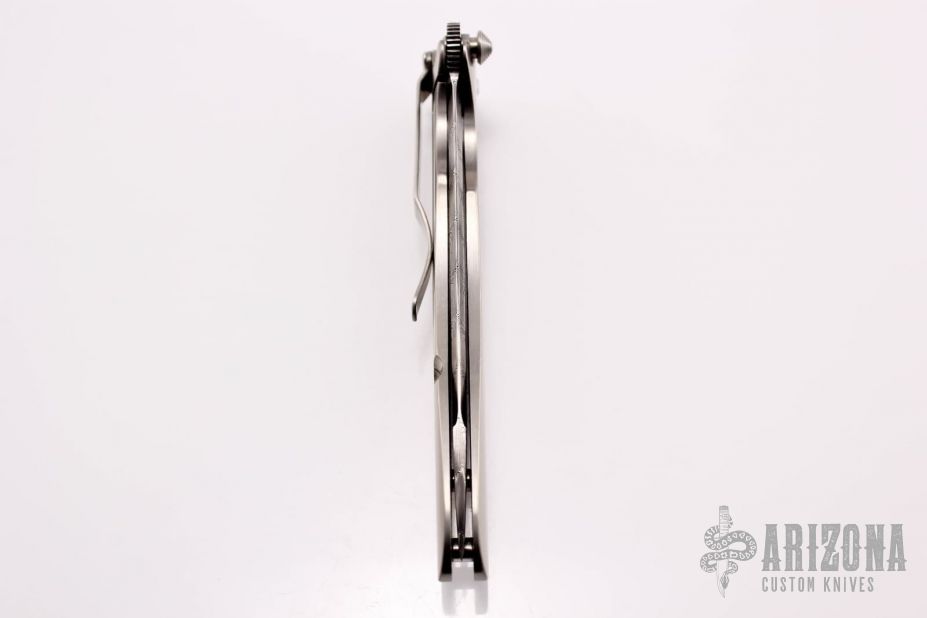 Get email notifications for Weston, Buddy (Bud) add to wishlist

This Tac-Utility by Bud Weston features a damasteel drop point blade with swedge, single thumb stud, notched thumb rest and flipper. The handle is comprised of a titanium frame over stand offs. Lanyard hole in pommel and tip down steel clip. Some handling marks on frame but otherwise good condition.

Visit this maker's website: Weston Knives. "Hi, my name is Buddy (Bud) Weston and I was born in Prague, Czechoslovakia in 1943. In 1958, I began an apprenticeship as an electrical and mechanical maintenance mechanic, which I finished three years later. From 1961 'til early 1969, I worked as a pipe fitter and welder and also served two and a half years in the Army. Year 1969 took me to Australia, where I worked as a tool and die maker; in my spare time, I learned to work with leather. Five years later, I ended up in Toronto, Canada where I stayed until the fall of 1997. As a hobby, I played bluegrass music and built 5-string banjos. I believe that both my work and my hobbies gave me enough experience in working with my hands, so when I tried to make knives in 1994 it wasn't such a big problem in adapting. I joined the Canadian Knifemakers Guild in February, 1996 and have since tried my best to give you, the collector, the best knives that I can make. I moved back to Czech Republic in the fall of 1997 and I enjoy the quiet life that I'm living here. I return to Canada on a regular basis to spend time with friends, family, and clients."