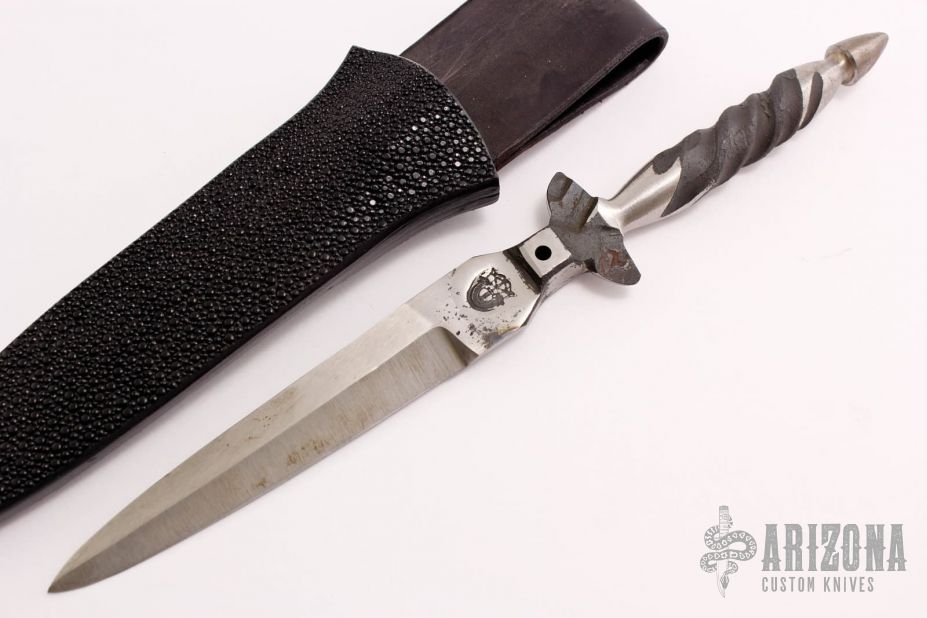 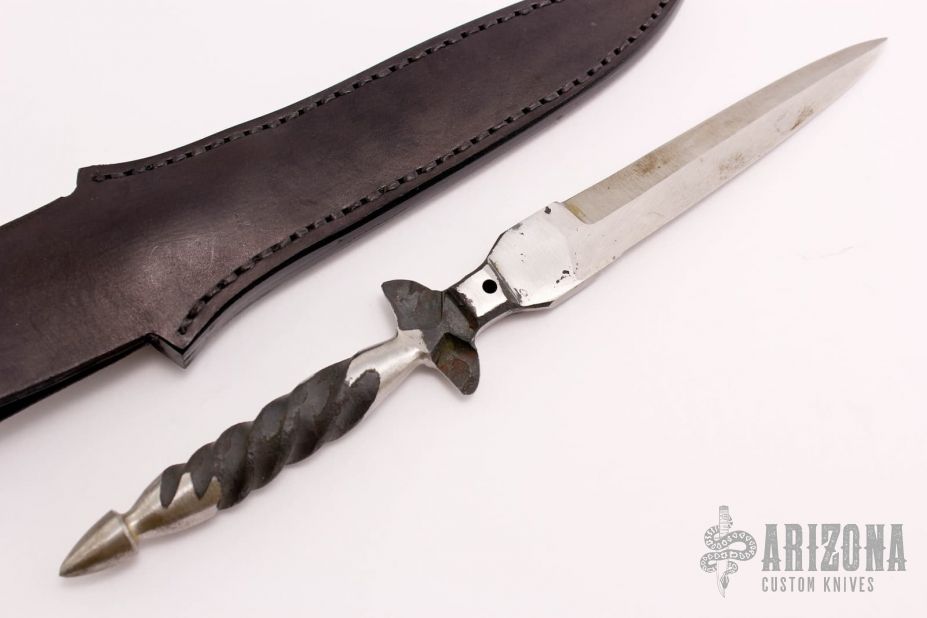 Get email notifications for Rybar, Raymond add to wishlist

This Forged on Demand Scout Knife by Raymond Rybar features a satin finished double edged blade with two chisel ground edges similar to a Besh Wedge, .252" blade stock and 1.059" blade depth, integral construction. The handle has an integral guard with spiral handle. Comes with a black leather sheath with stingray skin overlay. Has some scratches and a little oxidation, otherwise good condition.

Ray Rybar has been forging for over 40 years. His forging career started with him blacksmithing and shoeing horses. After excelling in that arena, his focus moved to making Damascus steel for blades. Ray acquired his Master Smith stamp from the American Bladesmith Society in 2001. His specialty has been working with mosaic patterns, words and pictures. He is most known for having bold Damascus patterns and intricate mosaics. Ray’s hard work, talent and innovation has blessed him with many awards. At the largest international cutlery exposition in the world, the Blade Show in Atlanta, Ray won the Best Art Knife award in 2001 and the Best Damascus award in both 2003 and 2004. The Arizona Knife Collectors award for Best Damascus and Best Art Knife went to Ray in 2006. The following year, 2007, again Ray won the Best Damascus award in addition to the Best Blade of Show award from the Arizona Knife Collectors. One of the most elusive of awards has been the American Bladesmith’s Bill Moran award which Ray captured in 2015 with a gorgeous Damascus dagger.