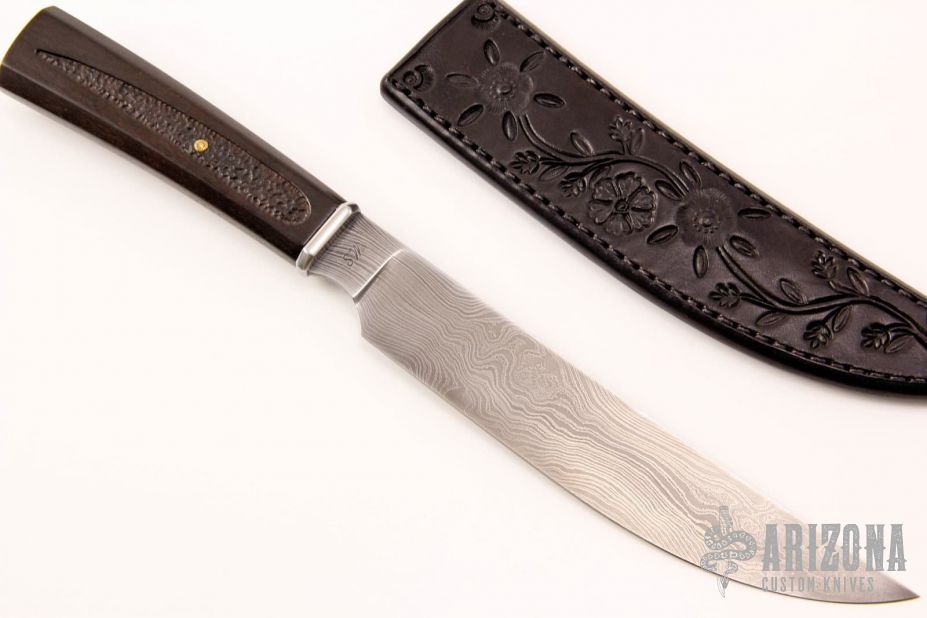 Get email notifications for Cashen, Kevin add to wishlist

As a boy Kevin was fascinated by swords and at the age of eleven, hammered some copper into his first sword in front of a neighbor’s barn, and the experience drove him to spend the next twenty years learning the skills necessary to do it correctly. At that stage in his career he saw the knives he ground to shape as more of a success, and followed that path until he began forging in 1985, the same year he began selling his work. In 1991 he decided to get serious about bladesmithing when he went full time and also joined the American Bladesmith Society. Within four years he had earned his Master Smith title and began a new direction in his efforts to recapture the essence of the ancient smith in understanding his medium as completely as possible. Soon metallurgy texts and microscopes took their place beside the anvil and forge in his shop, and he began teaching, lecturing and writing in order to share his findings with others. Today he has taught at all three ABS schools, and countless hammer-ins, on topics ranging from “Intro to Bladesmithing” for beginners to “Blade Metallurgy” for other Master Smith instructors.