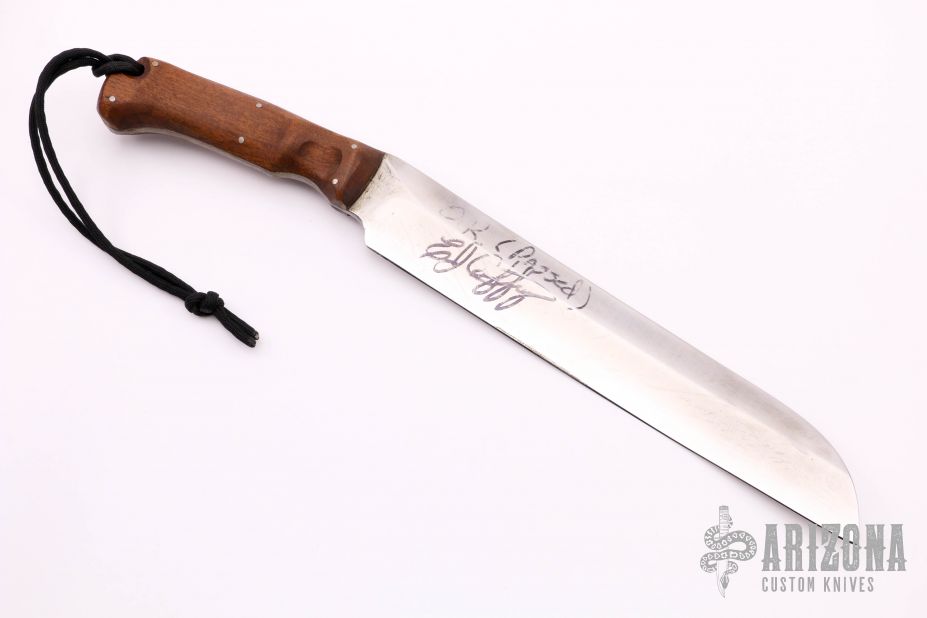 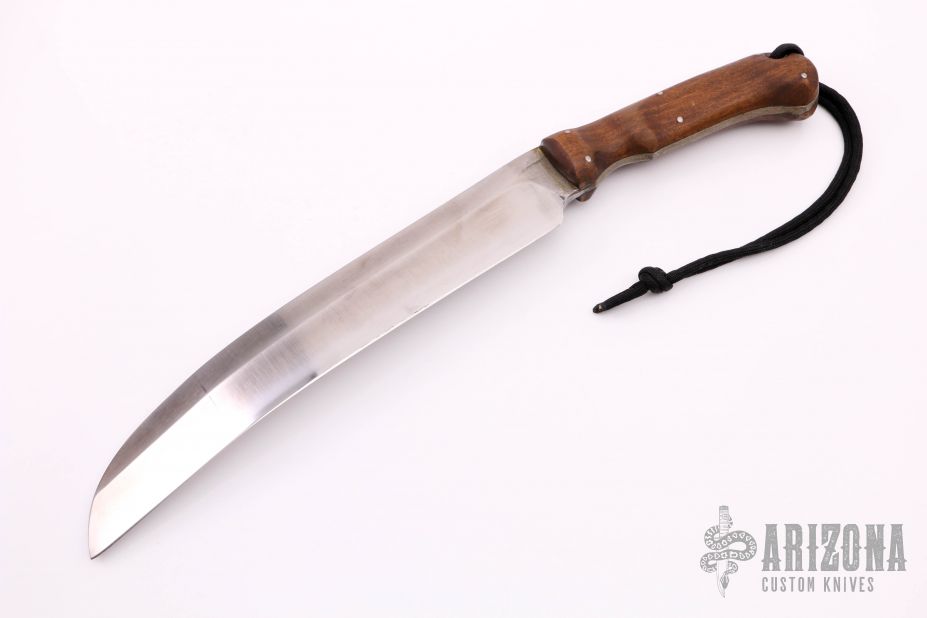 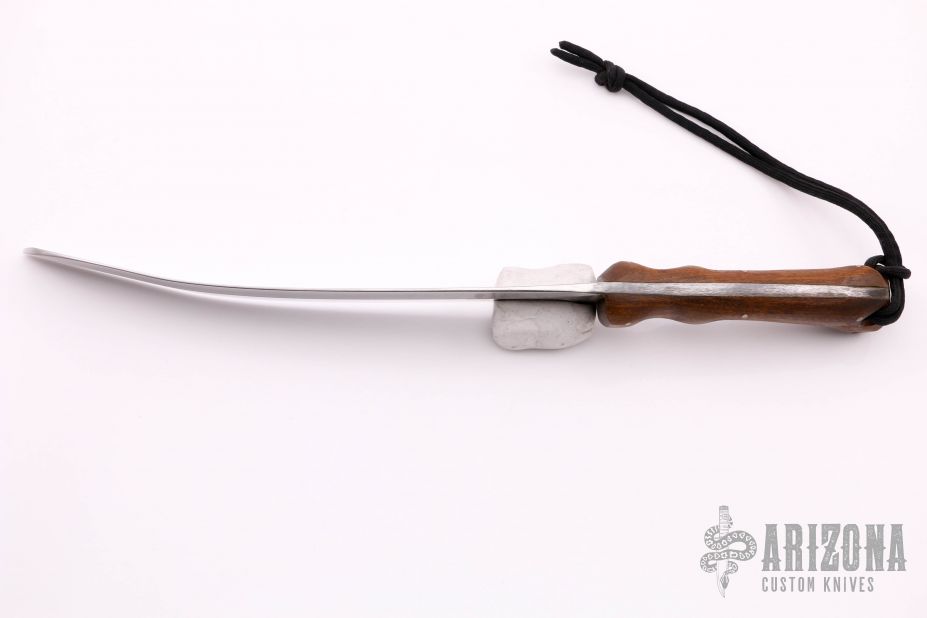 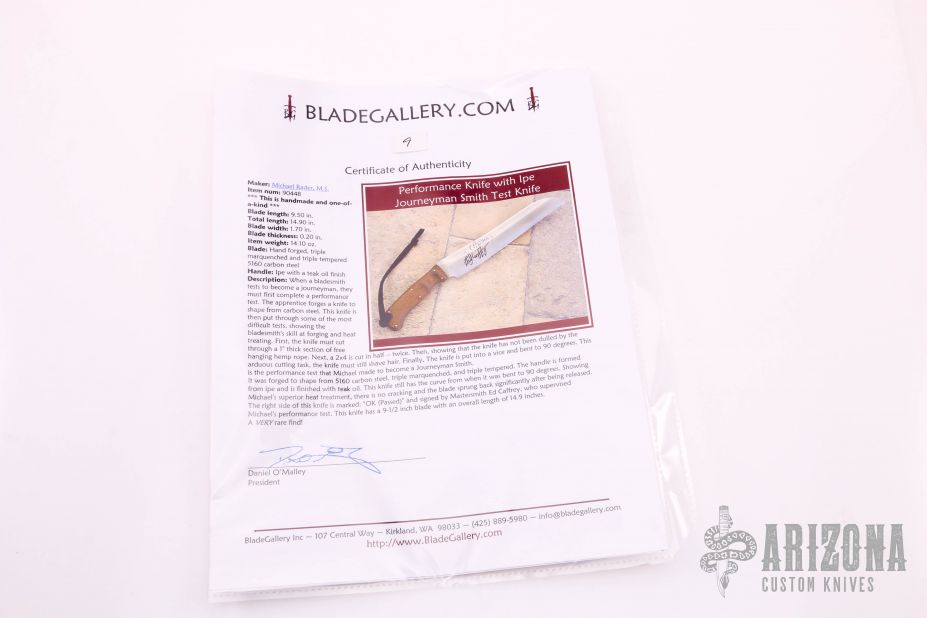 Get email notifications for Rader, Michael add to wishlist

This knife was Master Smith Michael Rader's ABS Performance Journeyman Smith Test Knife. It features a satin finish with false top edge, .195" blade stock and 1.662" blade depth, full tang construction. The handle has Ipe wood scales and a lanyard hole. Comes with a COA. Has some scratches and patina, and is bent (from the test, which he passed). Good condition considering.

When a bladesmith tests to become a journeyman, they must first complete a performance test. The apprentice forges a knife to shape from carbon steel. This knife is then put through some of the most difficult tests, showing the bladesmith's skill at forging and heat treating. First, the knife must cut through a 1" thick section of free hanging hemp rope. Next, a 2x4 is cut in half -- twice. Then, showing that the knife has not been dulled by the arduous cutting task, the knife must still shave hair. Finally, The knife is put into a vice and bent to 90 degrees. This is the performance test that Michael made to become a Journeyman Smith.

It was forged to shape from 5160 carbon steel, triple marquenched, and triple tempered. The handle is formed from ipe and is finished with teak oil. This knife still has the curve from when it was bent to 90 degrees. Showing Michael's superior heat treatment, there is no cracking and the blade sprung back significantly after being released. The right side of this knife is marked: "OK (Passed)" and signed by Mastersmith Ed Caffrey, who supervised Michael's performance test. This knife has a 9-1/2 inch blade with an overall length of 14.9 inches.
A VERY rare find!