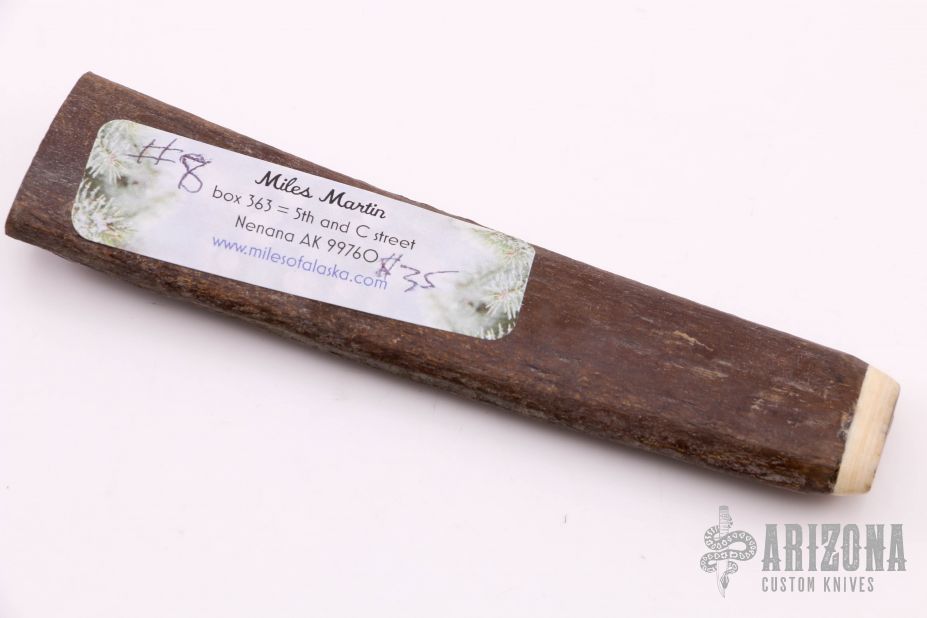 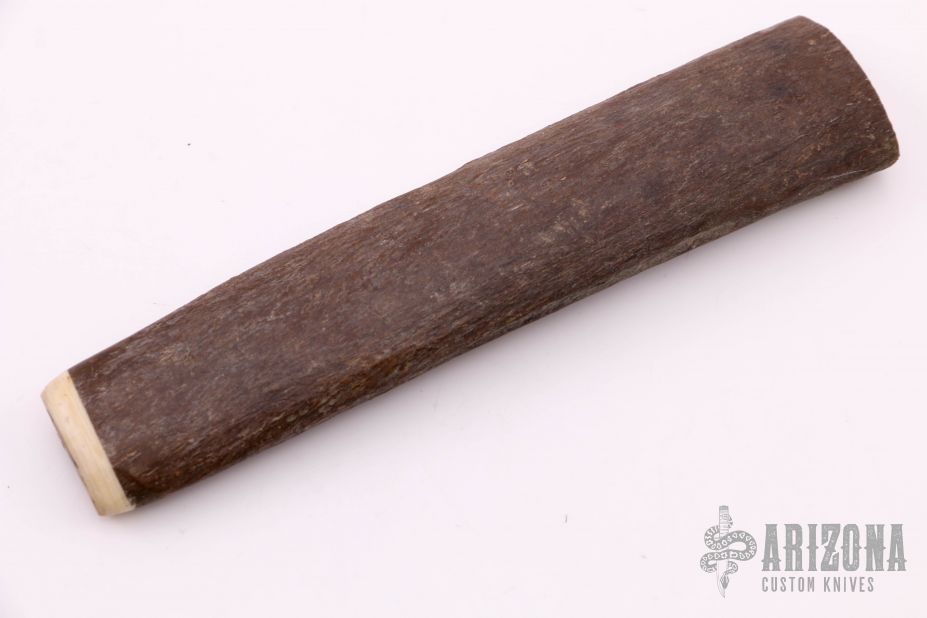 This is a fossil ice age Muskox rib bone with mammoth ivory end cap pined with brass at one end. This is intended to be a knife handle. 5" x 1" x .5". Miles found it on the Kantishna River next to the skull of the muskox. Takes polish well. The marrow center is easy to drill out for hidden tang knife.