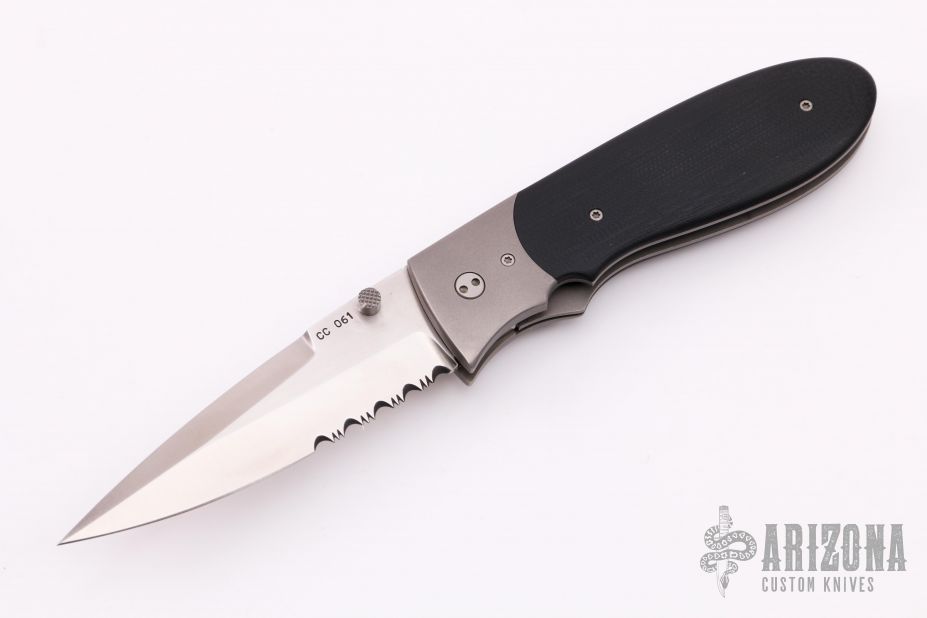 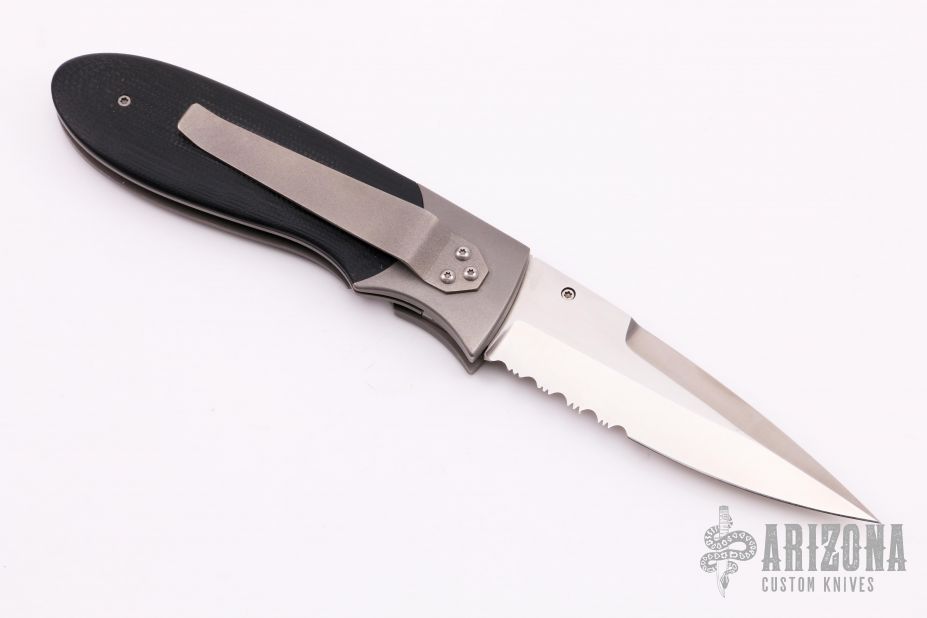 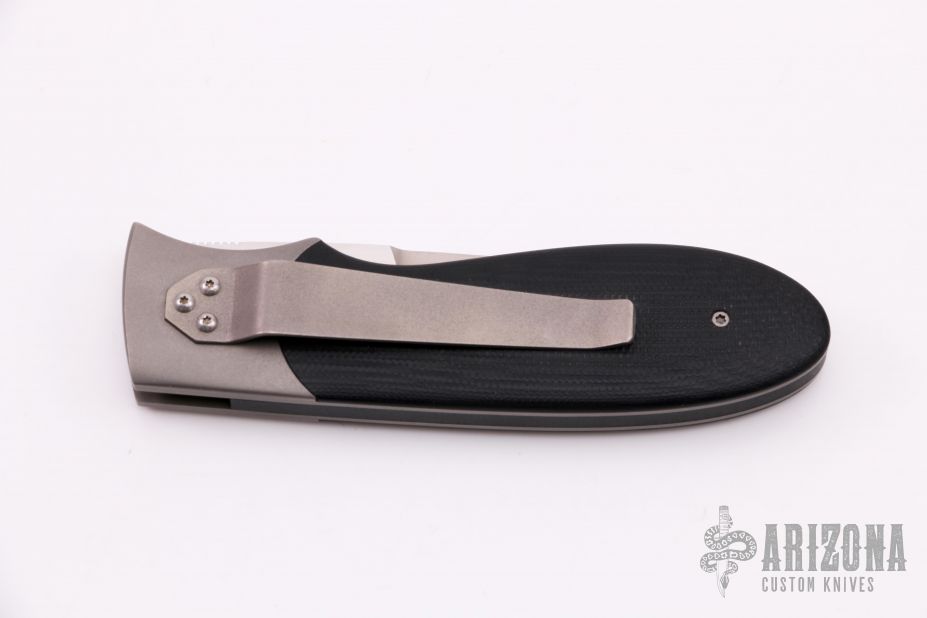 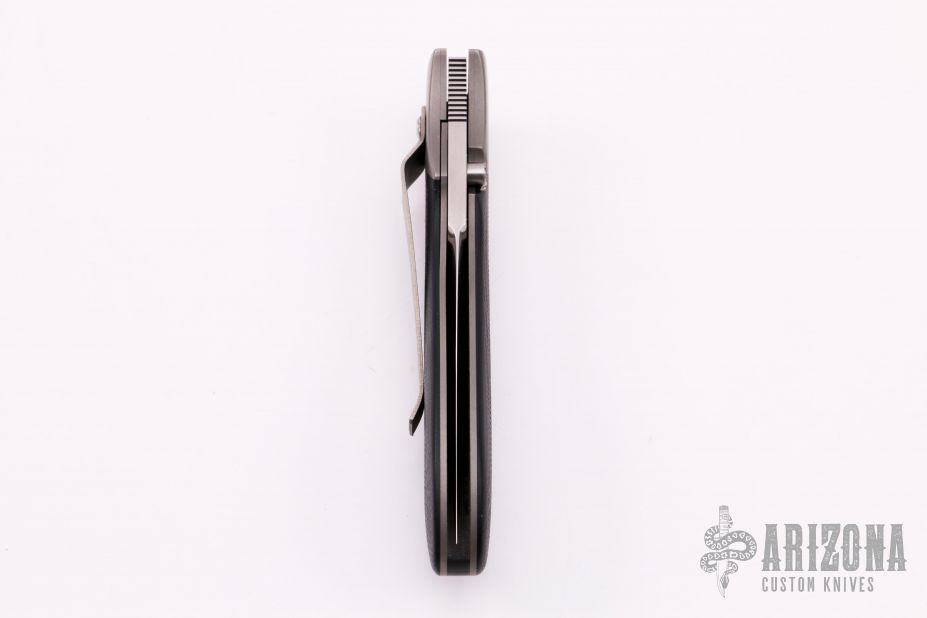 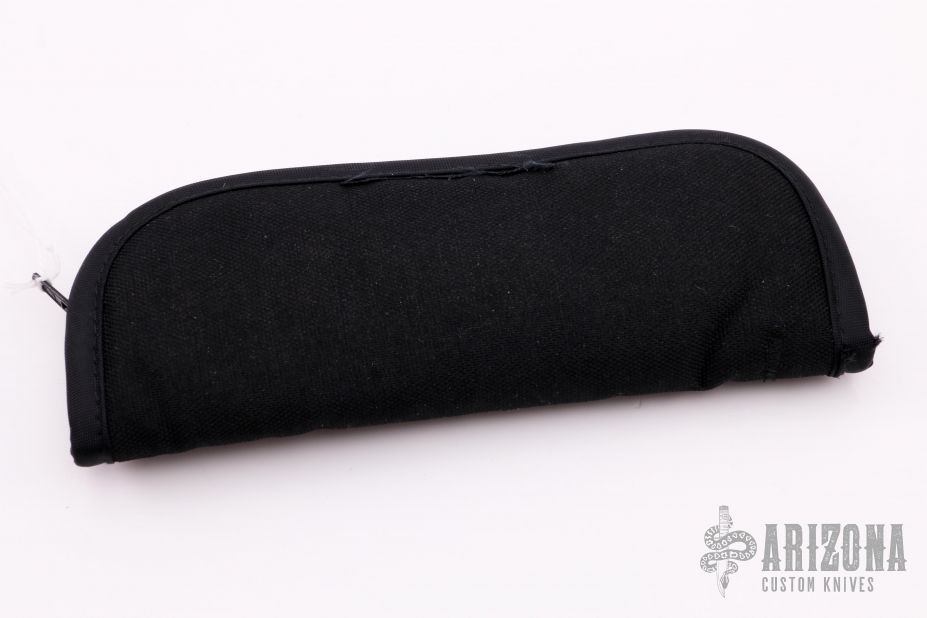 Get email notifications for Chaffee, Jeff add to wishlist

This liner-locking folder features a spear point blade with a false top edge, serrations and single thumb-stud. The handle has titanium bolsters, black G-10 scales, titanium liners and pocket clip, tip down carry, and a black G-10 back-spacer. Comes with a nylon zippered case. "CC 061" on blade and "CHAFFEE 97" on the underside.  Includes a padded zippered case.   Excellent condition.

Obituary for Jeffrey L. Chaffee Jeffrey L. Chaffee, age 56 of Morris, died Friday, April 19th at his home. Born May 3, 1962 in Batesville, he is the son of Patricia (Nee: Volz) and Richard Chaffee. He and his wife Diane (Nee: Rowlett) have been together for 34 years. Jeff was a tool and die maker at the Hill-Rom Company for nearly 40 years. In addition to working at Hill-Rom, Jeff also was a knife maker and gunsmith. He owned Chaffee Knives and Firearms for 10 years and was a member of the NRA. A long time muscle car collector, he started out collecting Pontiacs and was a member of the Pontiacs of Southeastern Indiana Car Club. Later he would begin collecting Plymouth’s and Dodge’s but ironically, his favorite car was the Chevelle made by Chevy. Eventually he began collecting old tractors, hit and miss motors and firearms. For all the interests Jeff enjoyed, none were more precious to him than his family and grandkids. He is survived by his wife Diane; daughter Heather Reese of Indianapolis; sons Jason Rowlett and Brandon Chaffee, both of Batesville; mother Pat of Morris; brothers Kevin of Batesville, Tim of St. Leon, Indiana, Kyle of Batesville, Lindy of Indianapolis and grandchildren Lilly, Jaden, Shelby, Storm, Preston, Kendall and Whitney. He is preceded in death by his father.