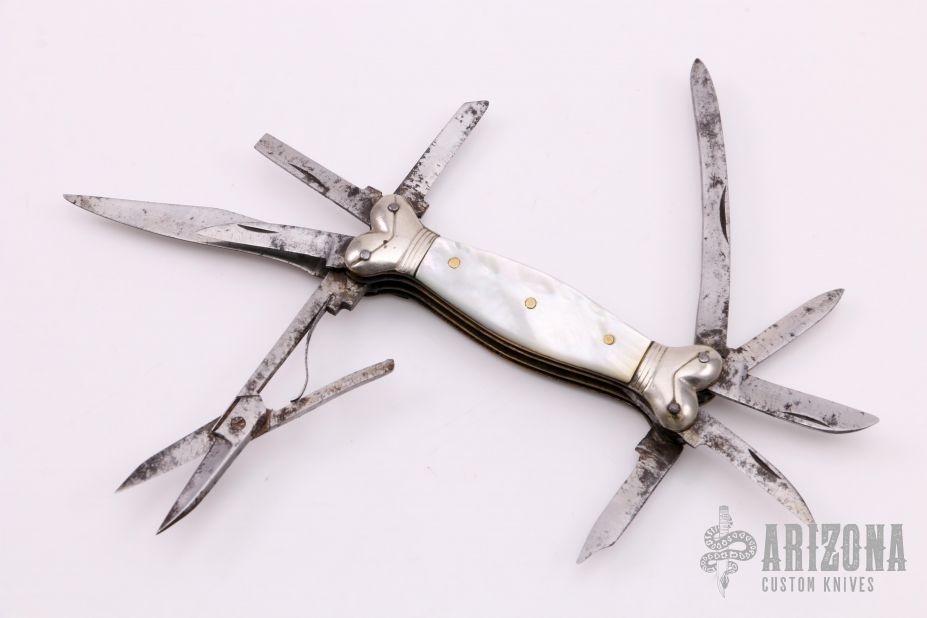 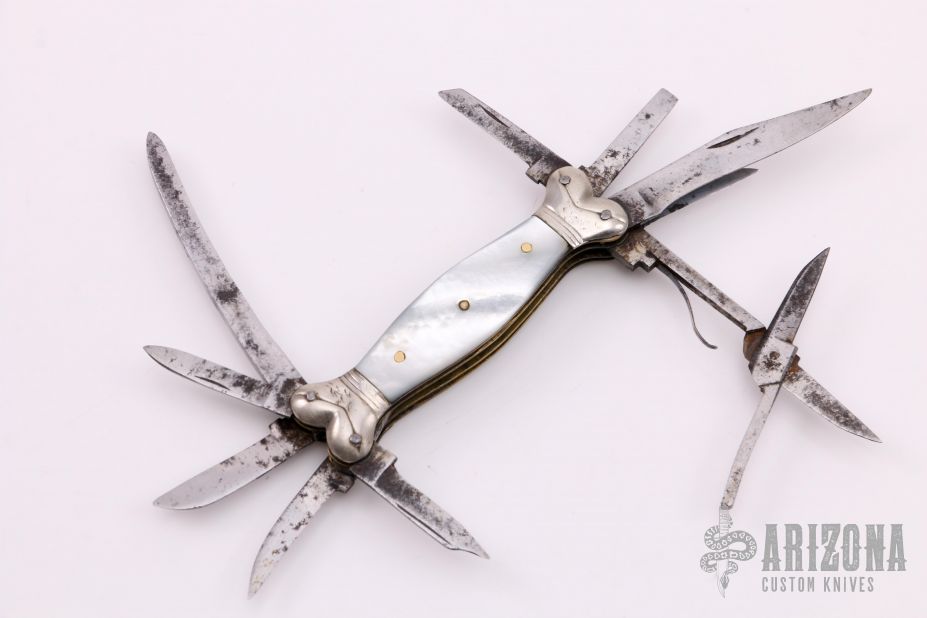 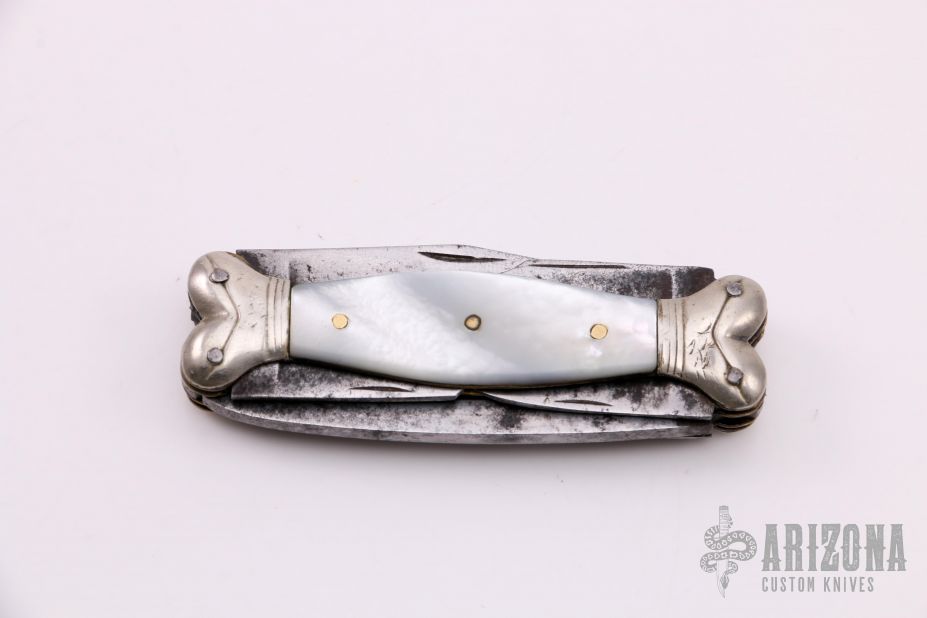 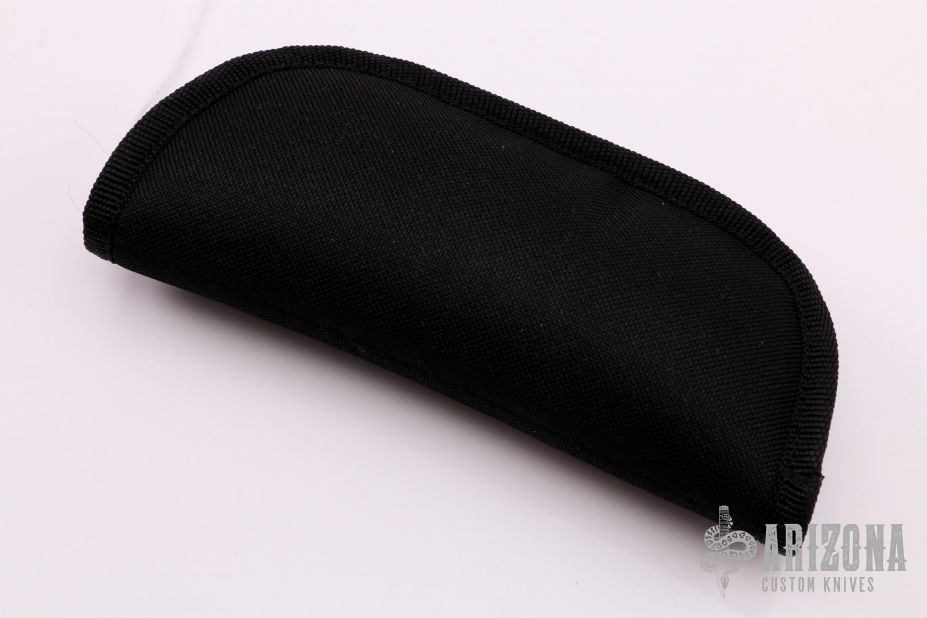 Get email notifications for Unidentified Maker add to wishlist

This is a Rare 10-Blade French "Sheep Bone" Slipjoint from the late 19th Century. "Sheep Bone" knives were so called because their mitred bolsters and slightly swelled center haft resembled a sheep's bone (os de mouton in French). Such knives were made in a very specific region on the French/Belgian border at Quiverain and were made for more than two hundred years. Structurally and mechanically they are interesting knives with internal spring bars in the same manor as a lobster knife. The French and Belgians have often claimed these mouton knives were the forerunner of the Swiss Army Knife. There are many in museums but few come to market. This fine example is from the late 19th Century. It measures 3.25" in the closed position and is built with four brass liners and fine mother-of-pearl scales pinned with three brass rivets. There are 5 blades at each end comprising a deep wharncliffe, shallow wharncliffe, medium wharncliffe, pen blade, long clip blade, scissors, screwdriver, cut off pen blade, small clip point and a long curved lever bar. All blades are tight and the knife is in good condition considering its age. Has some scratches and patina, as well as some oxidation on the blades, which is to be expected. Comes with a zippered case.