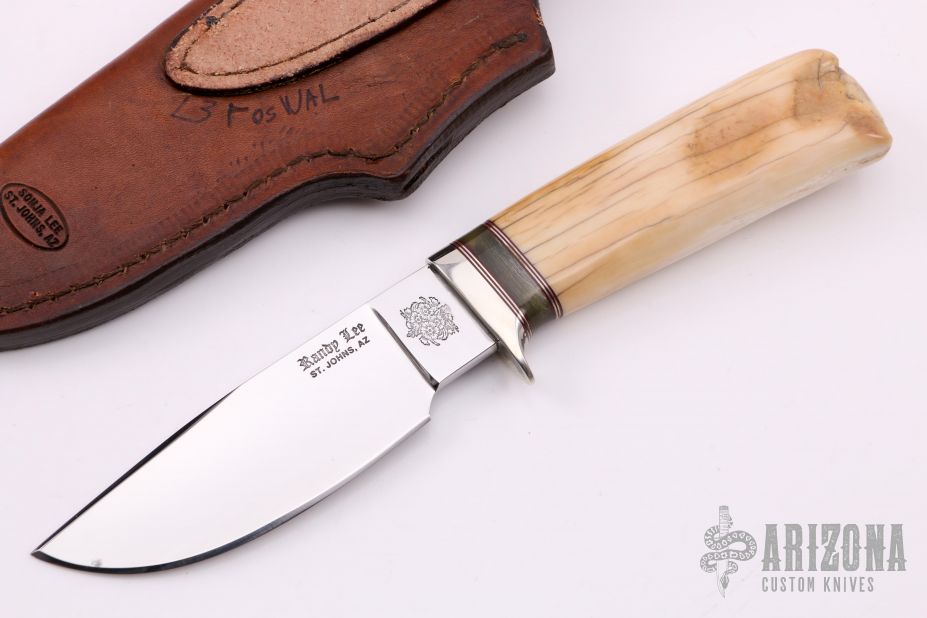 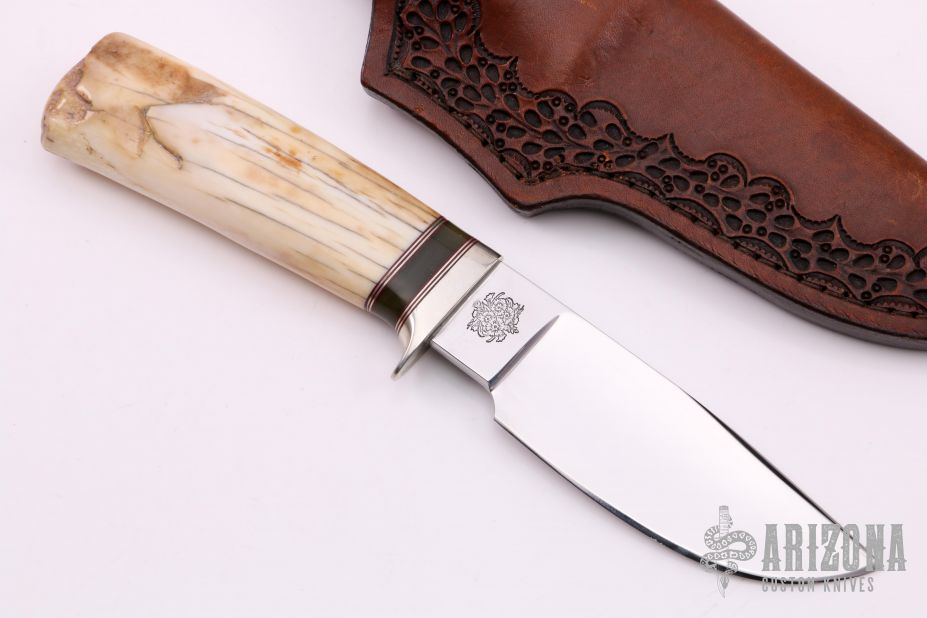 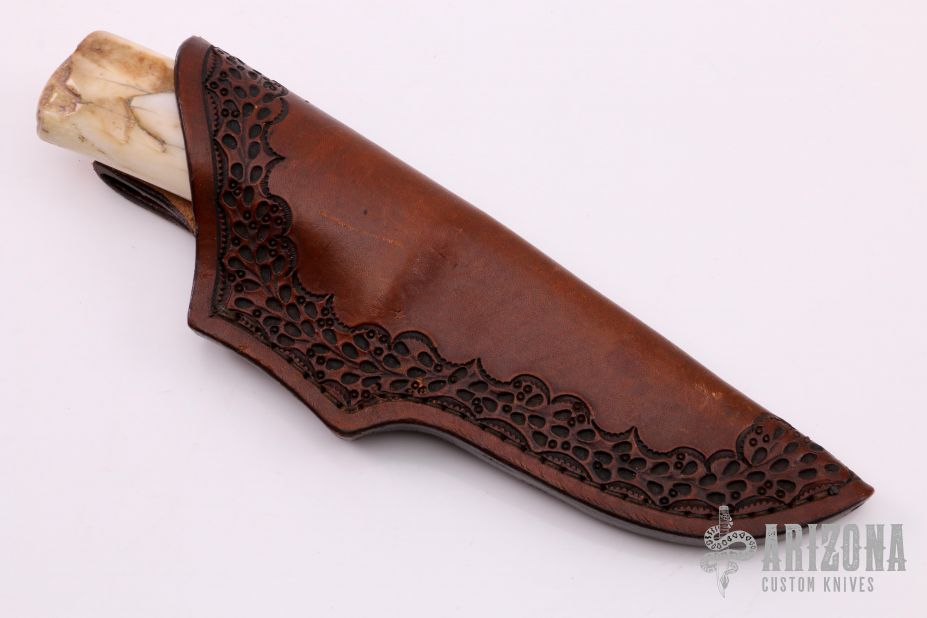 This hunter by Randy Lee features a mirror polished drop point blade with a hidden tang construction.  .190" Blade Stock.  1.267" Blade Depth. The handle has a nickel silver guard, a Walrus tooth grip with red liners. Comes with a hand tooled brown leather sheath. One small blemish near tip of blade on the "A" side, also a few light scratches depending on viewing angle, otherwise excellent condition.