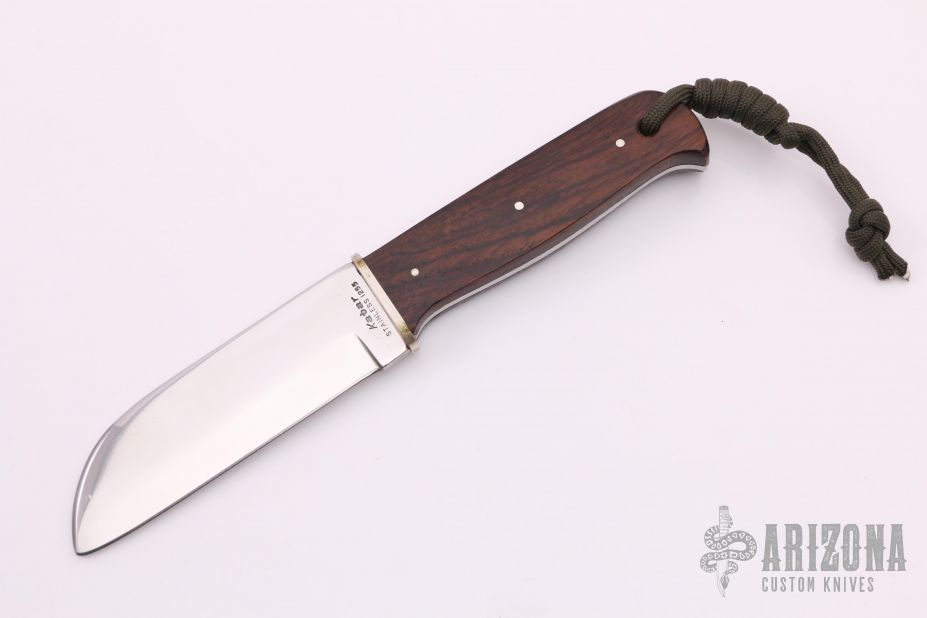 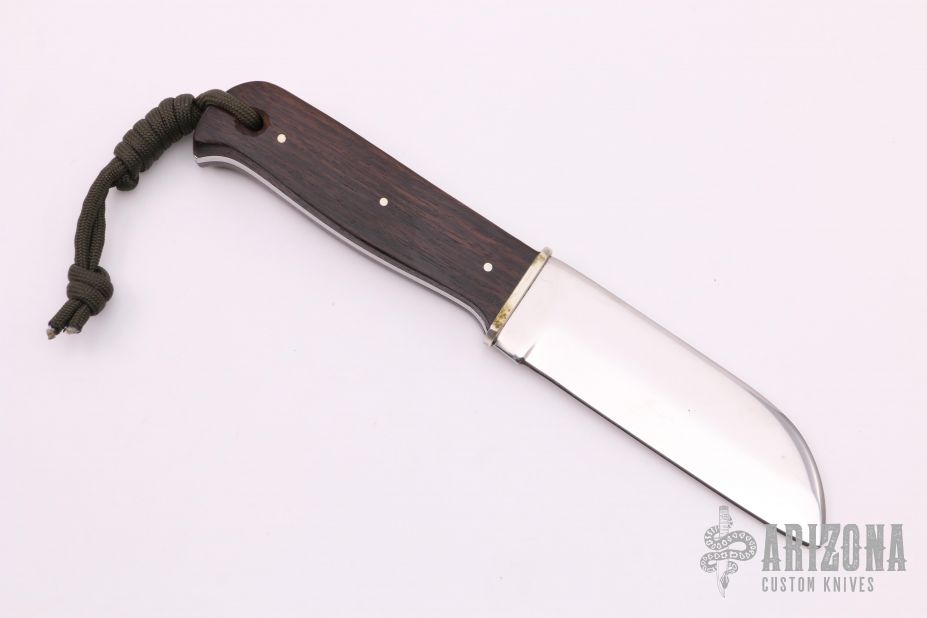 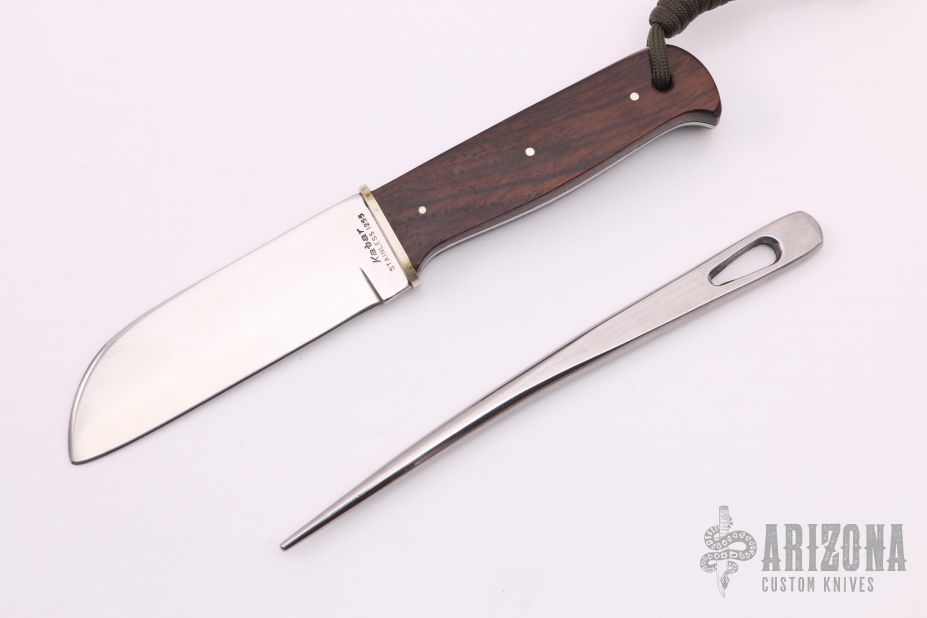 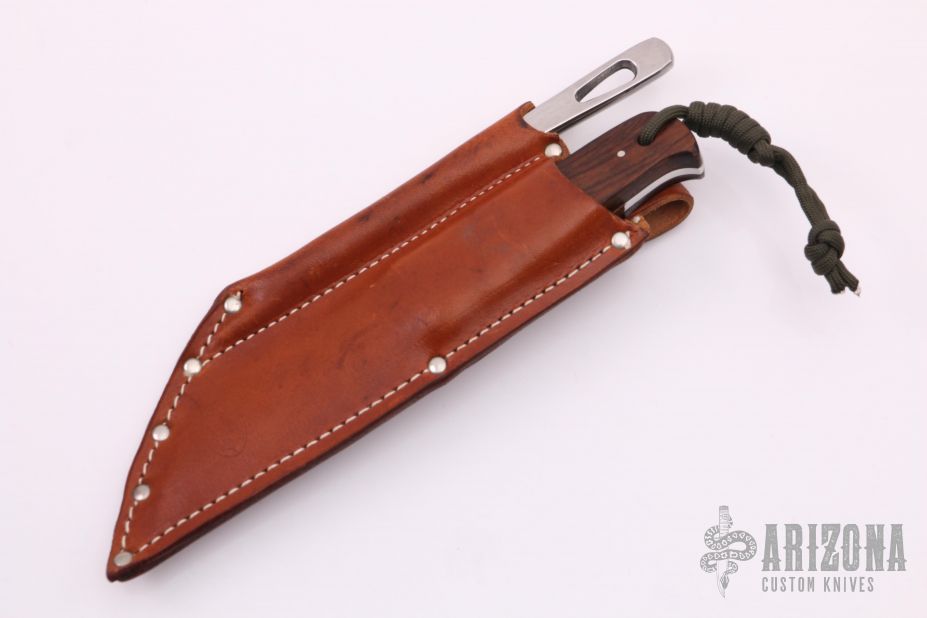 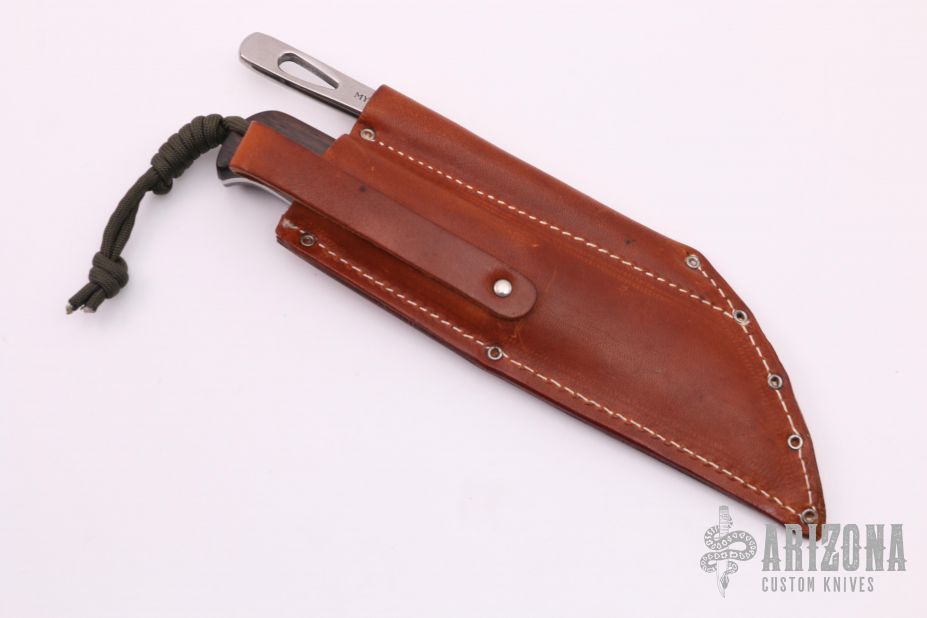 This Sailors Knife by Ka-Bar features a mirror polished sheepsfoot blade with .134" blade stock and 1.213" blade depth, full tang construction. The handle has a nickel silver guard and wood (cocobolo?) scales. Comes with a brown leather sheath and a Myerchin marlin spike. Has a few light scratches, otherwise excellent condition.