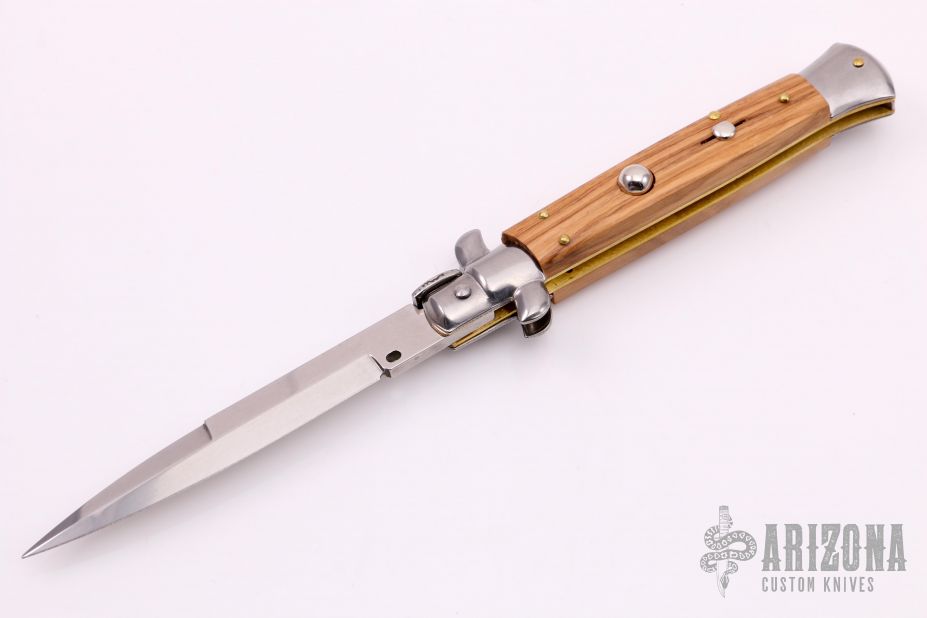 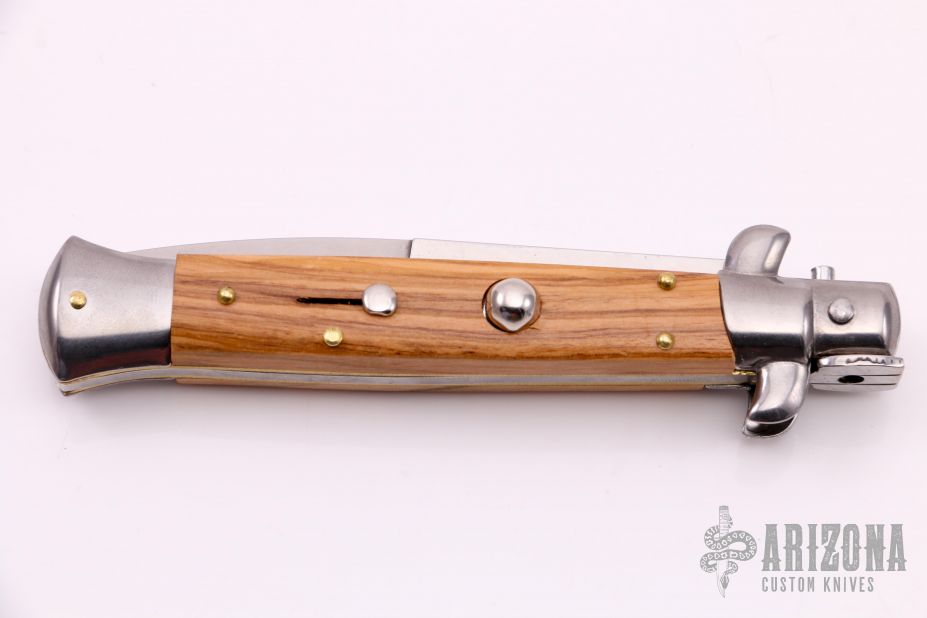 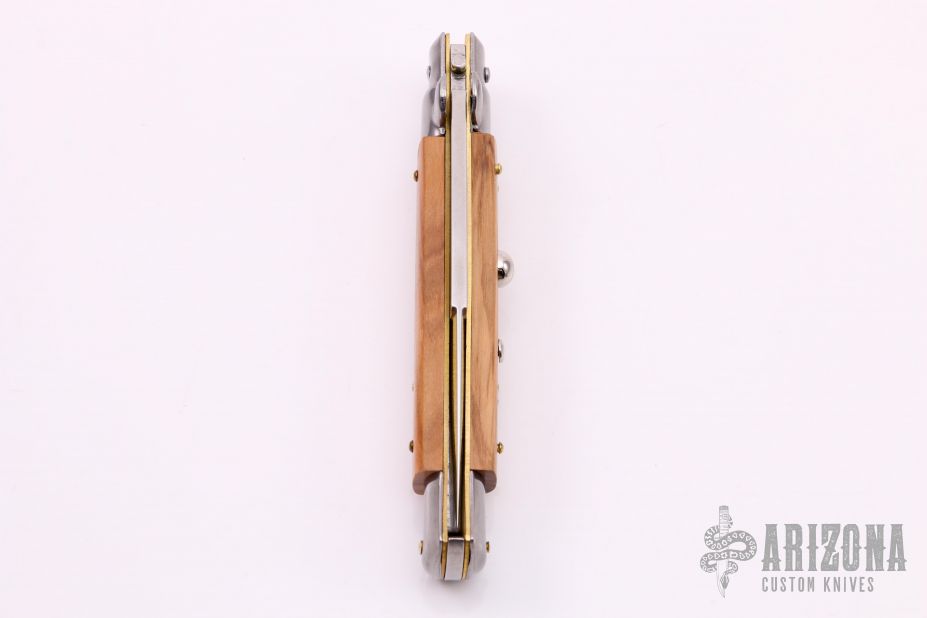 This Swivel Bolster Auto has a stainless steel spear point blade. The handle is composed of a steel front and rear bolsters, brass liners all complemented by wood scales. Excellent Condition.