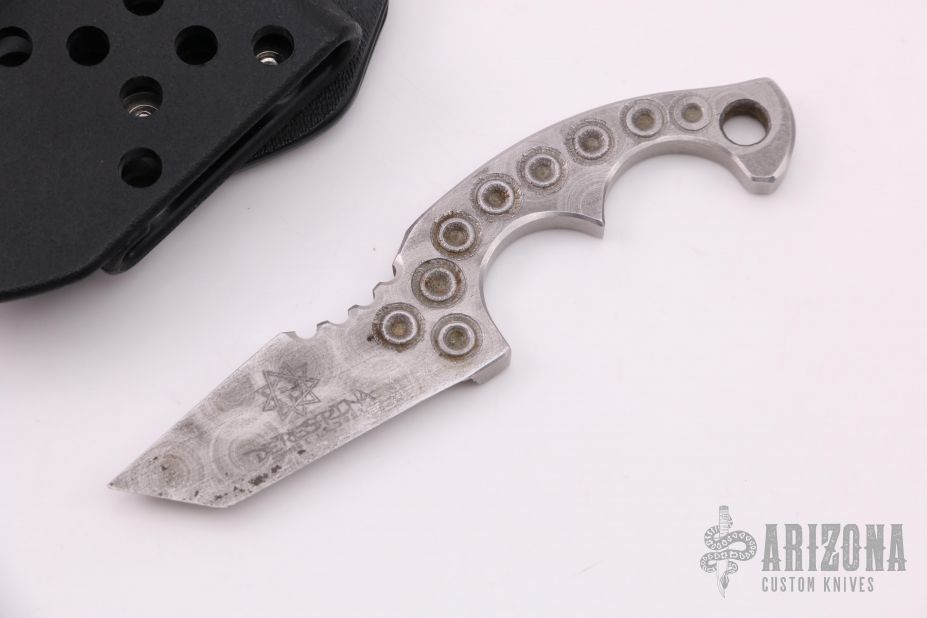 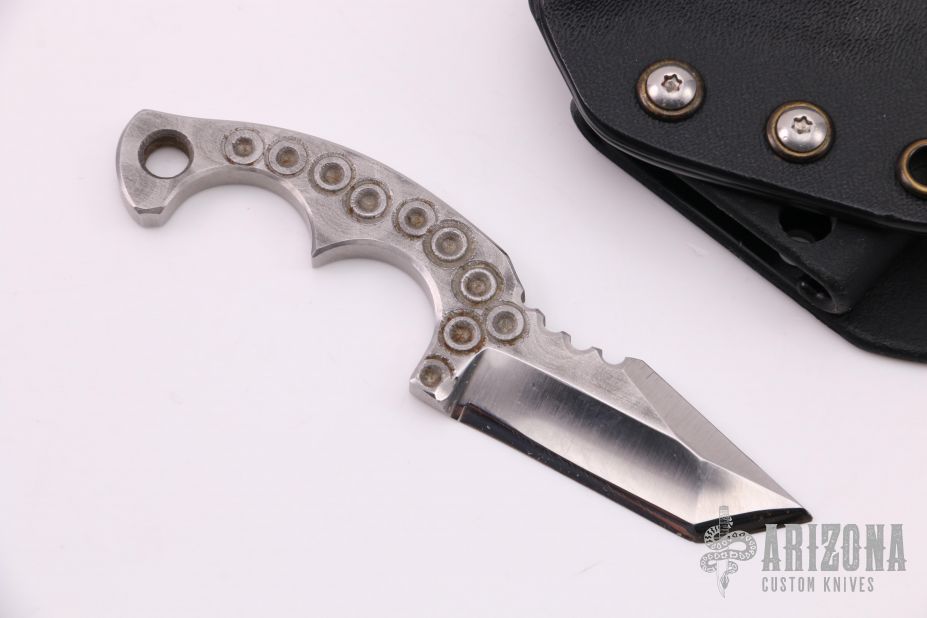 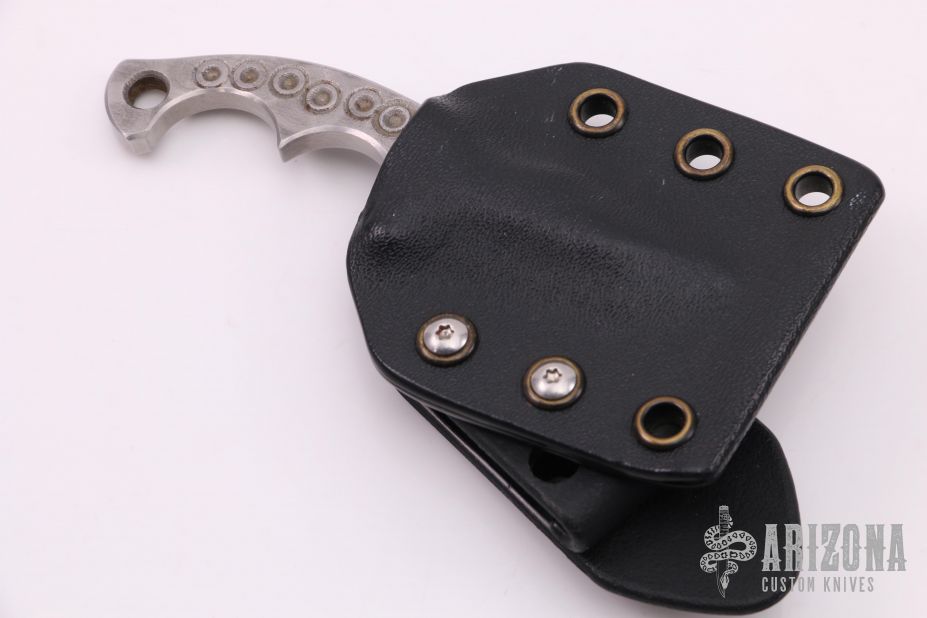 Get email notifications for Derespina, Richard add to wishlist

This TFF neck knife by Richard Derespina features a tanto blade with a chisel grind, notched thumbrest, 206" blade stock and .745" blade depth, integral construction. The handle has drilled and jeweled flats with a lanyard hole. Nice feel in the hand. Comes with a kydex sheath. Has some sheath marks, otherwise good condition.

Rich Derespina has been making Karambits since 1999, long before the current Karambit craze swept the knife community. He was a salesman at a sporting goods store and avid collector and part time practitioner of knife based martial arts.He was discussing the knife business with a friend who was also a knife collector and aspiring designer. We talked about starting an online knife shop, having knifemakers make our designs and selling knives in general. Then, One day, I picked up a knife and said, I can do this and so it was. At the front of the Karambit market, he has made mostly this type of fighting/utility knives from his start. With an interest and enthusiasm for the martial arts he found the Karambit to be quite a knife for all purposes and set out to make some that he felt were useful for the knowledgeable practitioner as well as the layman.The advantage of the Karambit is the index finger hole; it makes it very hard to lose this knife under "hard use" or "stress-full situations" like combat, rock climbing, search and rescue, etc. Though not his only knife, it is his primary style.He rarely makes the same knife twice for a more custom and personal feel. While the profiles are the same the grinds change all the time. Currently he is expanding into the factory knife market but never leaving behind his passion for hand making knives.