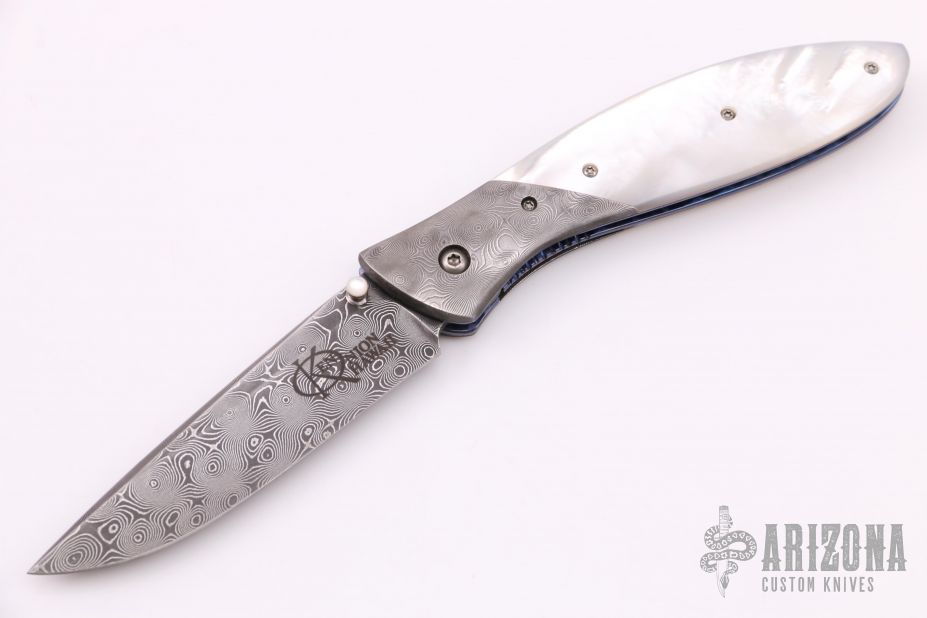 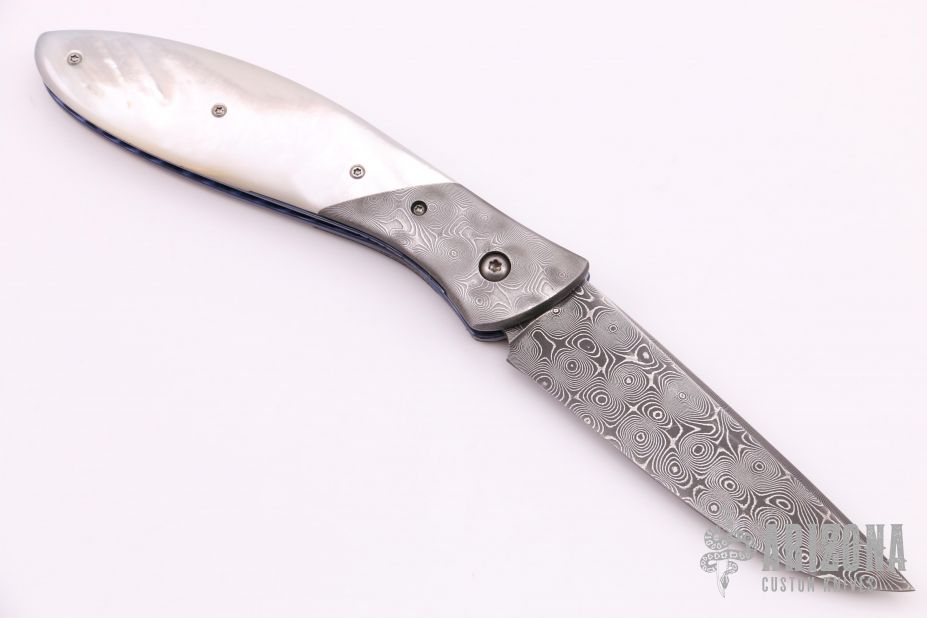 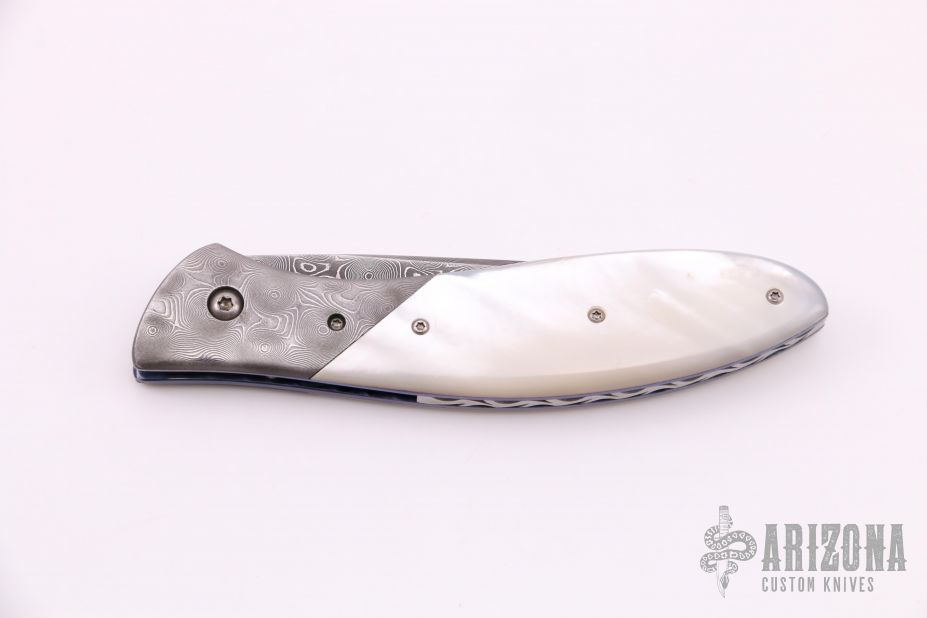 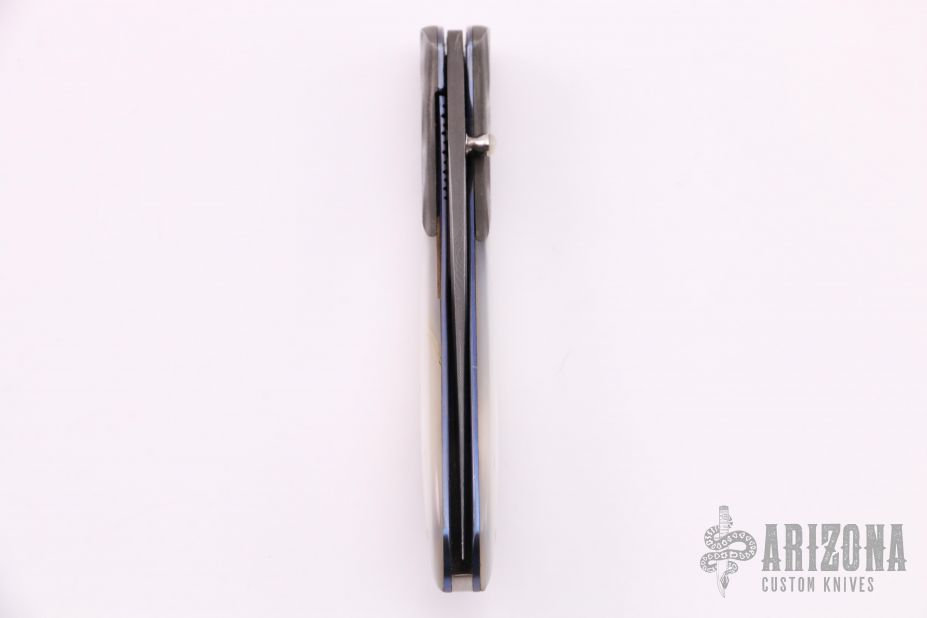 This liner lock by Ken Onion features a Damascus drop point blade with swedge and single thumb stud that has a Mother of Pearl inlay. The handle has Damascus bolsters and mother-of-pearl scales over anodized titanium liners and a fileworked stainless steel backspacer. Nice blade seating, detent, action and lock up, the knife fires open with Ken's patented "Speed Safe" assisted opening mechanism. Excellent condition. Comes with a zippered case.