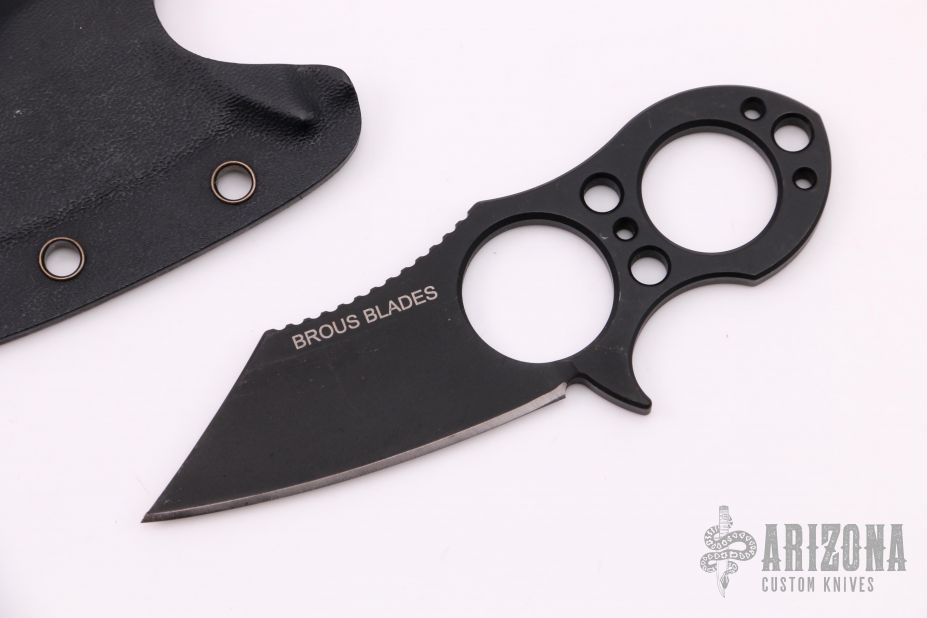 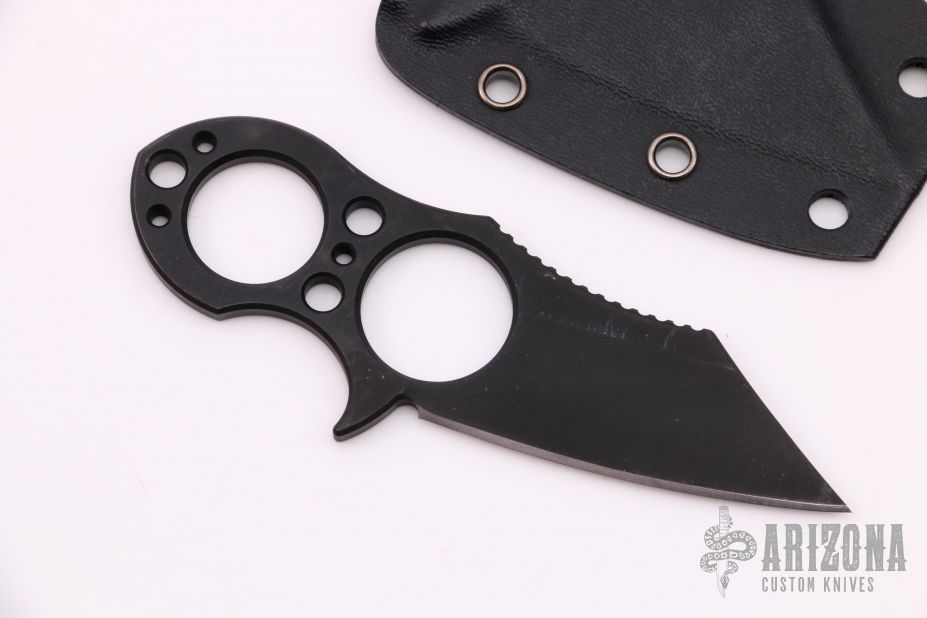 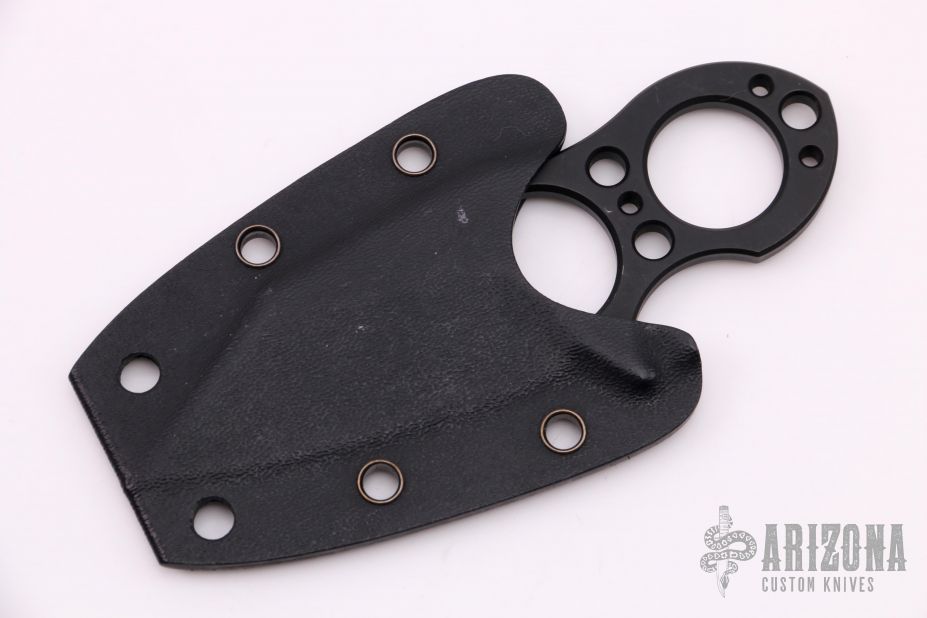 This Silent Soldier Ranger V2 by Brous Blades has a black wharncliffe blade with notched thumbrest. Has matching finish on the handle with 3-finger ergonomics. .190" blade stock, 1.435" depth. Has a couple light scuffs, otherwise excellent condition. Comes with Kydex sheath. 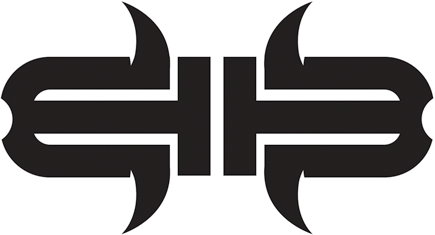 Knifemaking encompasses an amazingly broad spectrum of styles ranging from the purely practical to the whimsical. Most makers getting into the craft tend to start with fairly basic, functional designs and, as their skills develop, get more ambitious and artistic. Jason Brous, however, isn’t like most makers. Although still in his early 20’s, Brous began his efforts in knifemaking with the benefit of nearly 10 years of experience in CNC machining. His father owns a shop that specializes in the custom machining of high-precision components, mainly for the medical industry. Jason spent a lot of time in his father’s shop while growing up, and by his mid teens was actively helping out with production. His skills and knowledge steadily increased and by the time he was 20 he was a seasoned and very competent machinist. Jason's interest in knives actually began with art - specifically a style called “Bio-mechanical” - as practiced by one of his favorite artists, a Brazilian painter and tattooist named Lango. Biomechanical art (also called Biomech) is a surrealistic style of art that combines elements of machines and robotics with organic animal features. Intrigued by this style of art and its similarity to many fantasy knives, Jason figured that knifemaking would be a natural extension of his metalworking skills and an appropriate medium for his artistic ideas. Although he had no specific training in knifemaking, in 2010 he designed and made his first knife - a fantasy design with a Biomech flavor - and eagerly posted photos of it on several Internet knife forums. Unfortunately for him, his design drew harsh criticism from some all-knowing keyboard commandos. However, fortunately for us, he turned that criticism into fierce determination which ultimately led to his success. Through persistent trial and error, Jason changed his style of knife design to focus on functional simplicity, while still maintaining a strong artistic signature. His early successes came in the form of a series of stout neck knives with dual finger-hole grips. Fans of these “Silent Soldier” neck knives began asking for other expressions of the design. Since then, Jason has created numerous variations including a clip point version, a tanto version and the very popular folder version called the Silent Soldier Flipper.