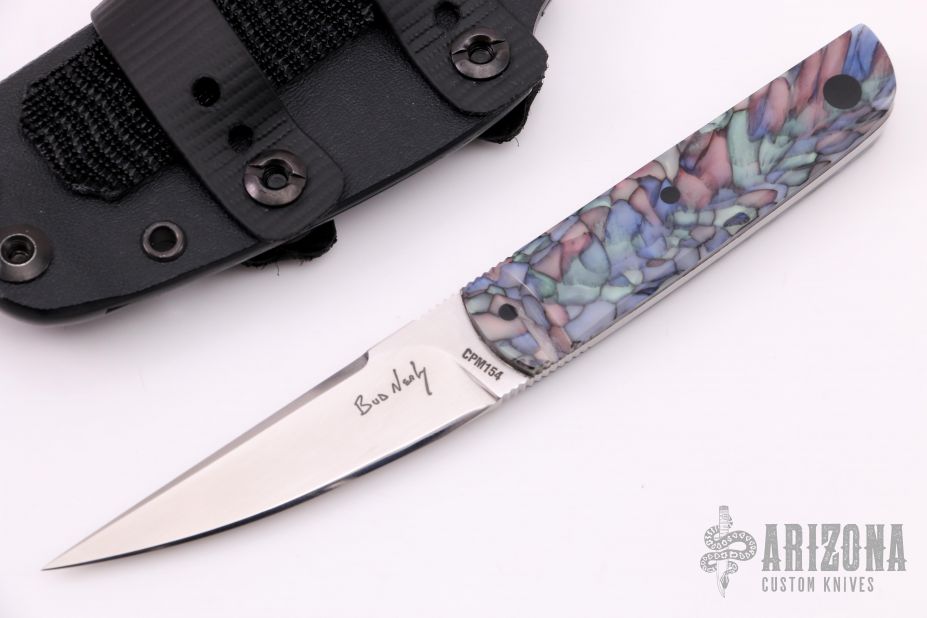 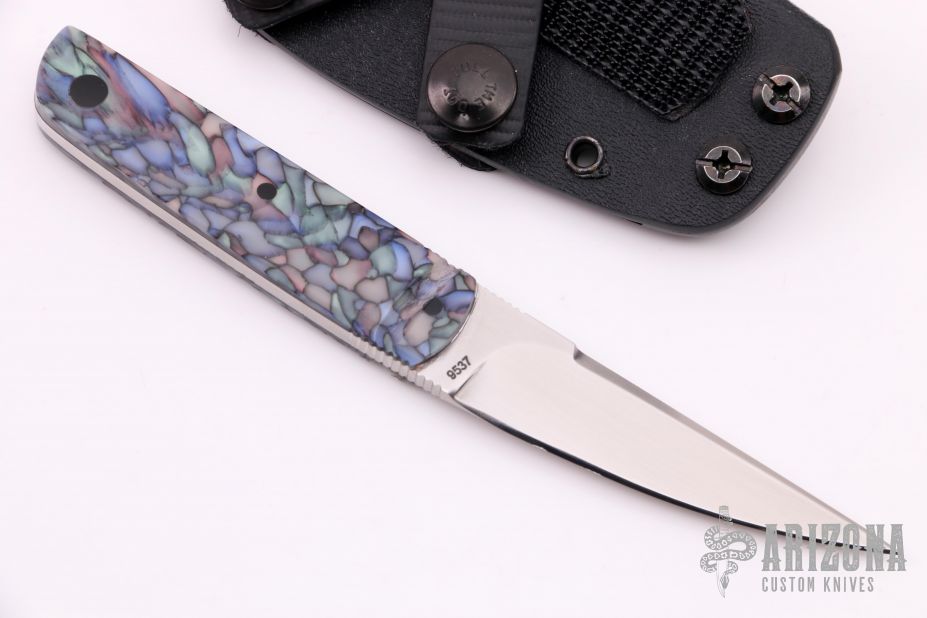 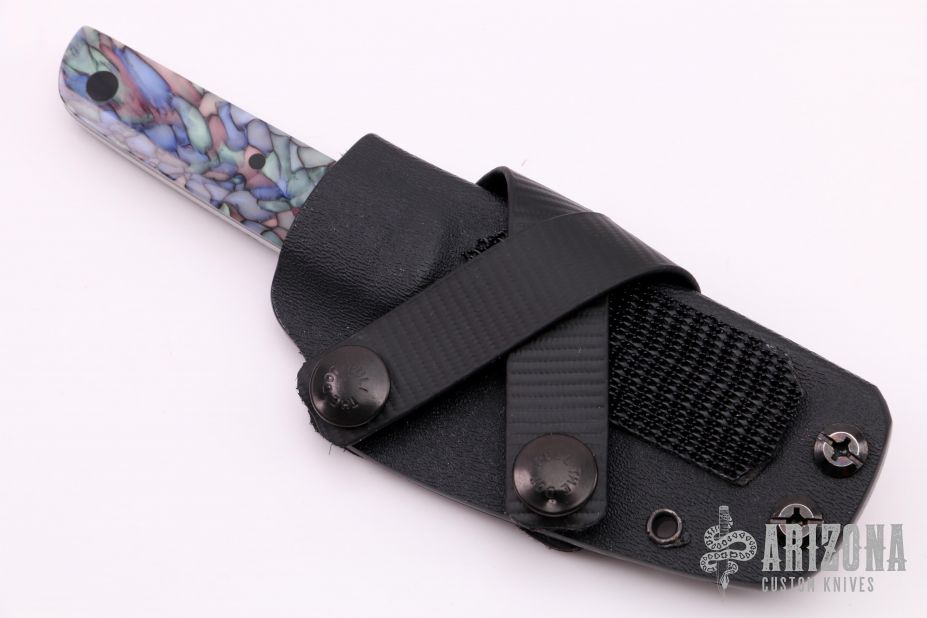 Bud began knifemaking in 1979 after a 35 year career as a musician. He is a member of the Knifemakers' Guild, the Deutsche Messermacher Guilde, the AKTI, and the Corporazione Italiana Cotellianna. Since obtaining a patent on his Multi-Concealment Sheath system, he has focused on tactical knives, which are carried by special forces and law enforcement teams worldwide. His knives have been the subject of feature articles in Blade, Fighting Knives, Knives Illustrated, Tactical Knives, Gun Digest and the American Handgunner, plus many international publications. He says, "I design knives to be slim and light. If they are too bulky or heavy, they'll remain at home in the 'sock and underwear drawer' and not be available when needed." His knives are in the collections of artists Deborah Harry, Phil Woods, actor Scott Glenn, Judge Lance Ito and Russian Major General Aleksandr Korzhakov. He participates in knife shows throughout the world, and his knives are featured in numerous specialty shops.