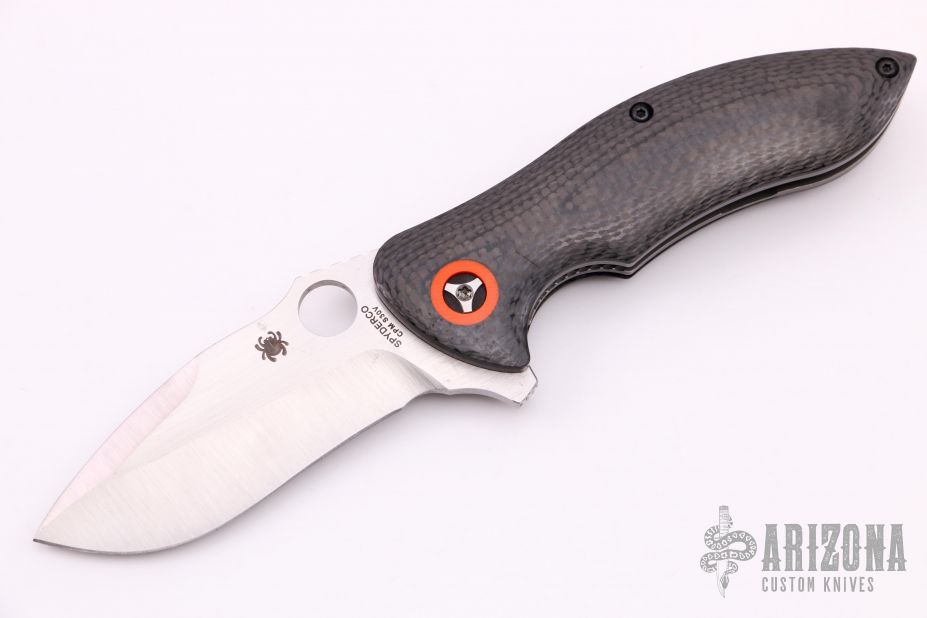 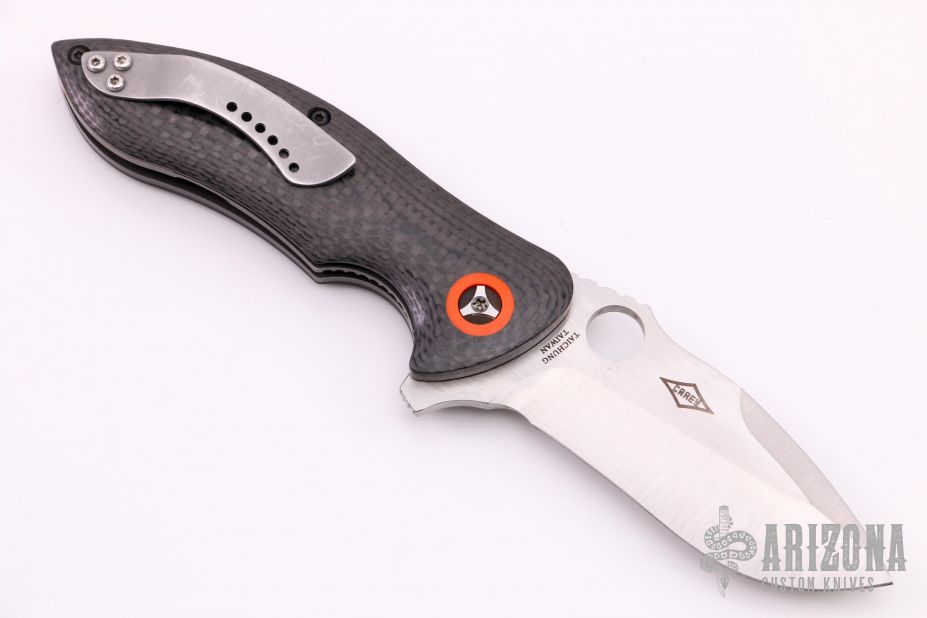 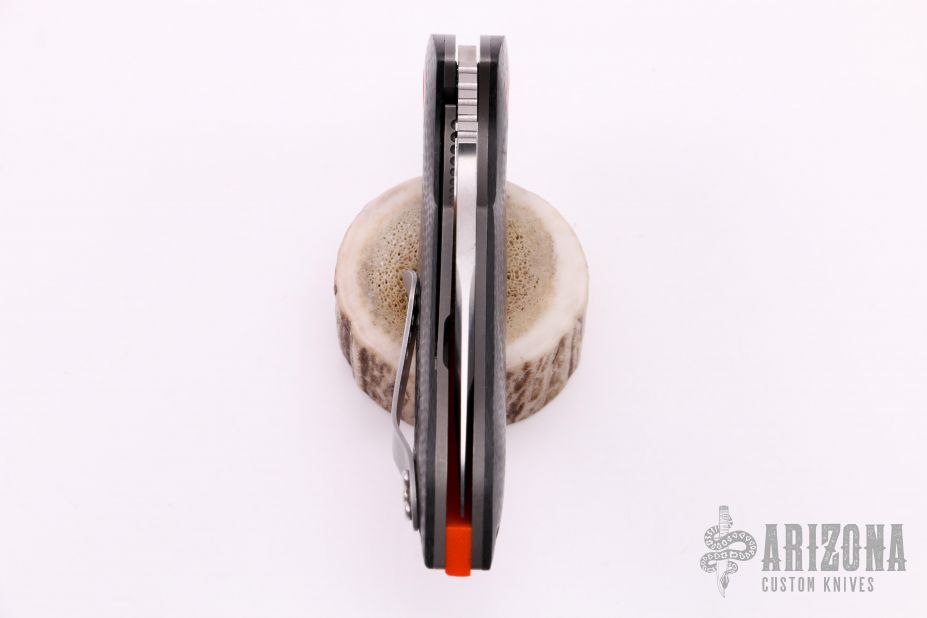 This Rubicon is a Peter Carey design by Spyderco, it features a satin finished spear point blade with thumbhole, notched thumbrest and flipper. The handle has carbon fiber scales with orange G-10 pivot surround and backspacer, tumbled titanium liners and a tip up tumbled stainless steel clip. Nice detent, lockup and blade seating. Scuffs and scratches are visible on the blade, handle and pocket clip otherwise the knife is in Excellent condition. 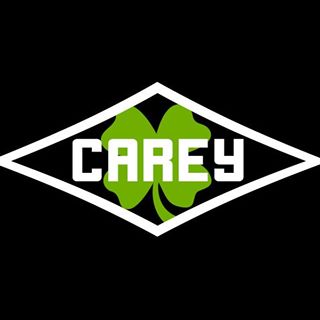 My name is Peter Carey and I've been making custom knives since 1997, specializing in Tactical Folders and Dress Tactical Folders, I also make Fixed Blade Tacticals, Hunters and Utility knives. Current blade steels are CPM154, S35VN, Stainless steel Damascus from various makers and Stellite 6K. I prefer high tech man made handle materials like Carbon Fiber, Titanium, Zirconium and G10. For Dress Tacticals I use Pearl, Mammoth Ivory, Exotic woods and MokuTi or Timascus. All my folders have custom pocket clips designed specifically for each model, also a custom pivot of my design, "The Original Carey Pivot". I make all my knives with my hands using manual machines in my shop from designs I've drawn by hand. I strive to make the best knife I possibly can with the best materials money can buy. Knives are one of man's oldest and most useful tools, I think everyone should own one or two!

Spyderco was founded in 1976 by Sal and Gail Glesser. Initially, the company focused on selling our first product the Tri-Angle Sharpmaker™,primarily at fairs and trade shows around the country. In 1981, the Glessers put down roots in Golden, Colorado and introduced the first Spyderco folding knife. That knife pioneered the concept of a round hole in the blade for one-handed opening, a clip on the handle for carry at the top of the pocket, and the option of a serrated edge for aggressive cutting performance. Those features revolutionized the knife industry and literally defined the form of the modern folding knife.Since then, Spyderco has steadily grown to become one of the leaders in the cutlery industry. In addition to a worldwide distribution network and manufacturing resources in the U.S., Japan, Taiwan, Italy, and China, our innovation has also earned us an impressive portfolio of patents, trademarks, and industry awards. More importantly, it has allowed us to earn the trust and loyalty of countless thousands of dedicated knife users around the world—an audience to whom we are extremely grateful.