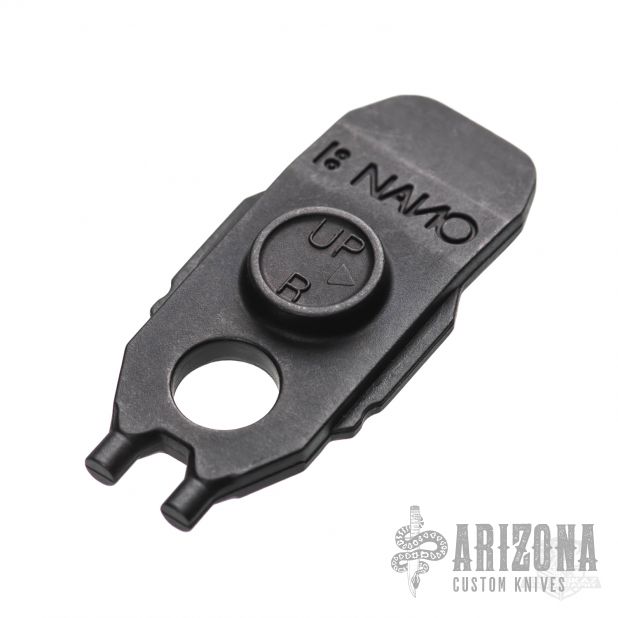 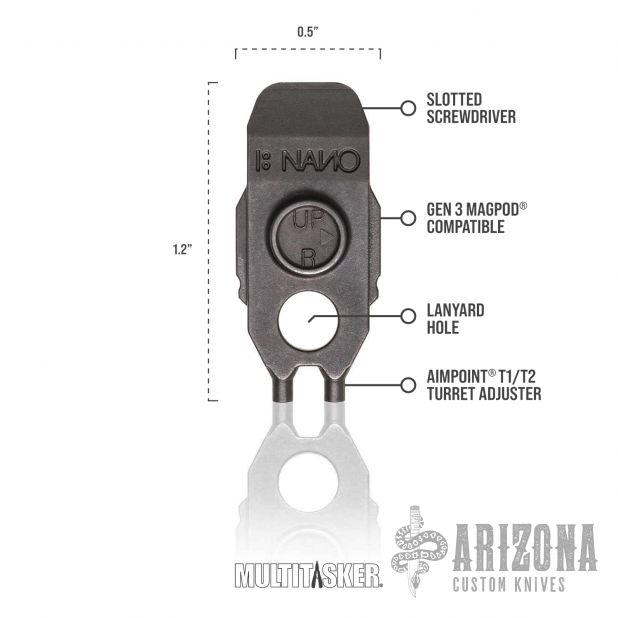 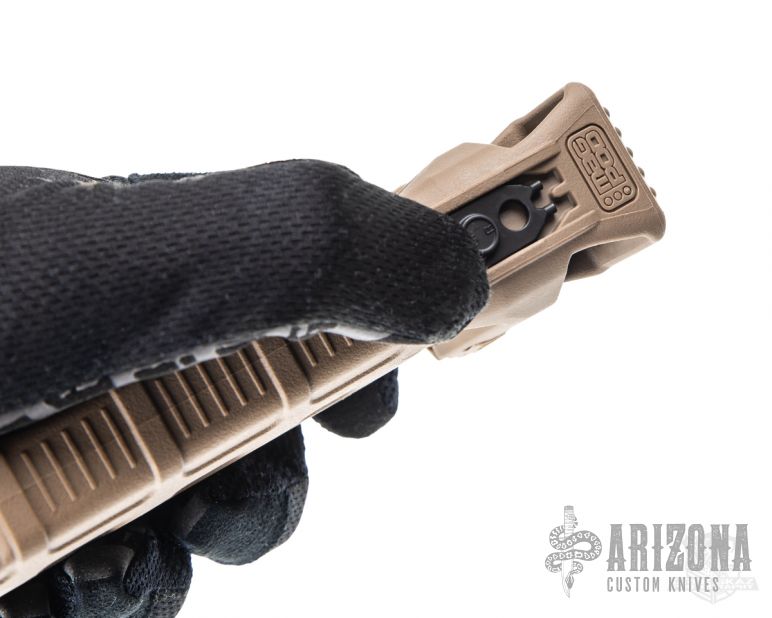 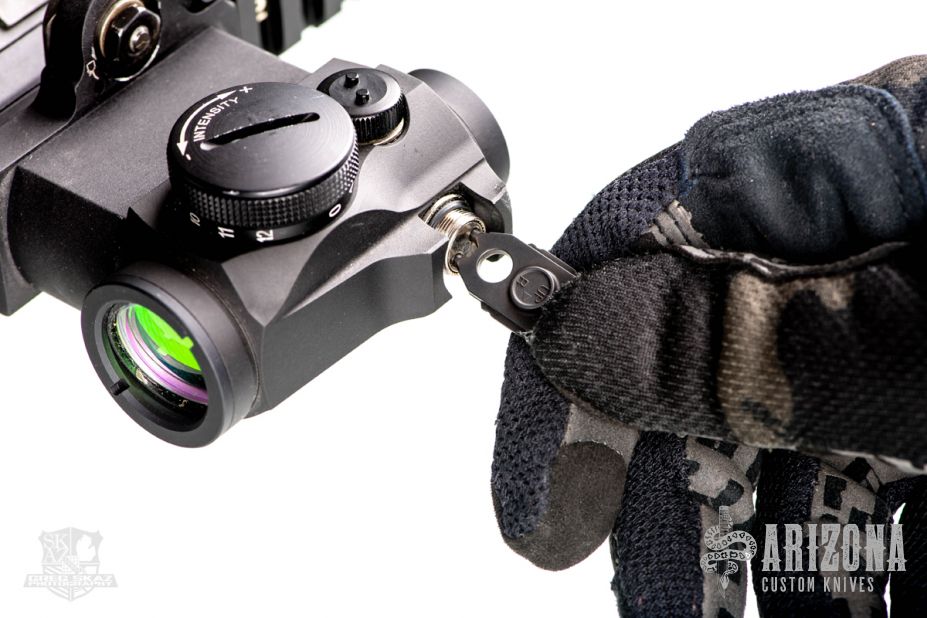 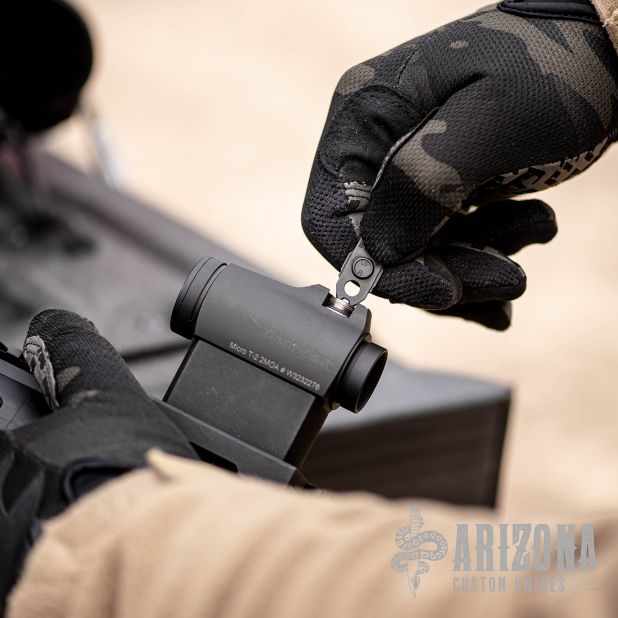 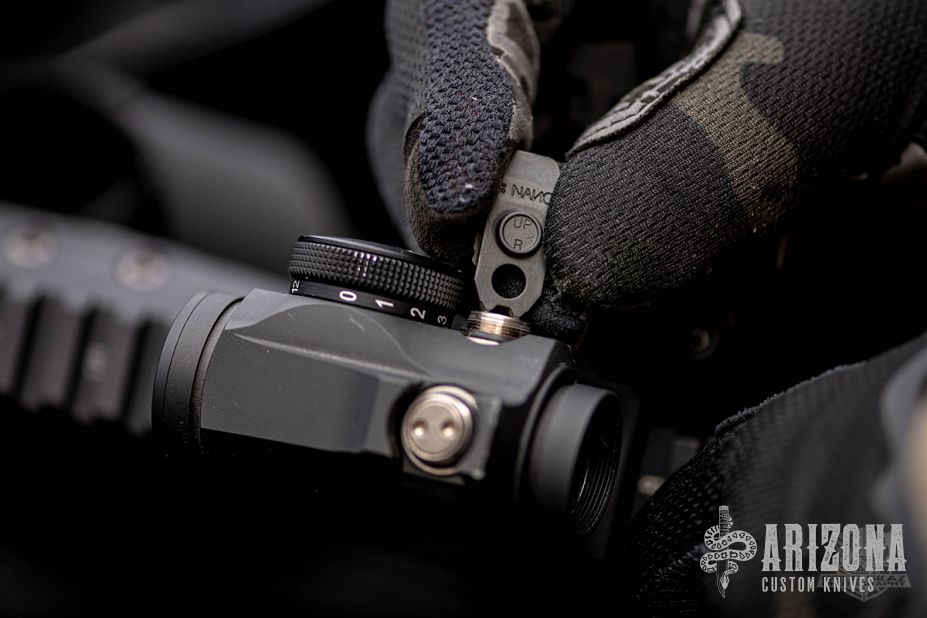 Get email notifications for Multitasker Tools add to wishlist

Featuring a dedicated Aimpoint® T1/T2 turret adjuster on one end and a slotted screwdriver with radiused edges on the other, the NANO is compatible with a wide array of issued carbine optics, including the Aimpoint M68 CCO, Trijicon ACOG, Eotech EXPS-3 as well as the Trijicon RMR and aiming lasers such as the PEQ-15 and MAWL from B.E. Meyers & Co.

Despite its minuscule size, the NANO offers multiple secure carry options. The built-in lanyard hole can be used with a keychain and is compatible with 550 paracord. The winglets on each side of the NANO act as a dovetail, allowing it to dock into the SpaceFrame™ storage slot found in the upcoming Gen3 MagPod®. The raised disc featuring directional markings for the Aimpoint T1/T2 doubles as an index point for docking/undocking the NANO from the Gen3 MagPod. 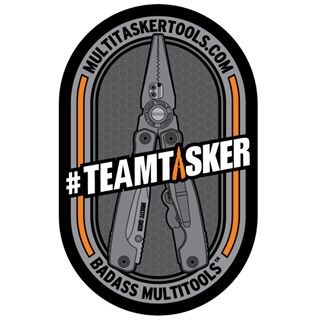 You may have seen other ""shooter oriented"" tools, but what makes Multitasker® unique is our weapon-specific design approach. Nothing else can rival our feature set for the AR platform of rifles or match our build quality. Unlike other mass produced multitools, Multitasker utilizes ""best in class"" materials and production methods to achieve build quality that is head and shoulders above the competition. For example, instead of cost-saving investment castings, Multitasker employs CNC machining (and solid billet steel material) to make the plier head and other major components. G10 scales, commonly used for tactical knives, are selected to help insure a slip-resistant gripping surface. Aluminum-bronze washers and rust resistant Ti CarboNitride (TiCN) treatment on the pliers help provide for maintenance-free operation. That's why Multitasker is fast becoming THE tool of choice for leading training professionals as well as elite military/law enforcement agencies. No other multitool can compare.