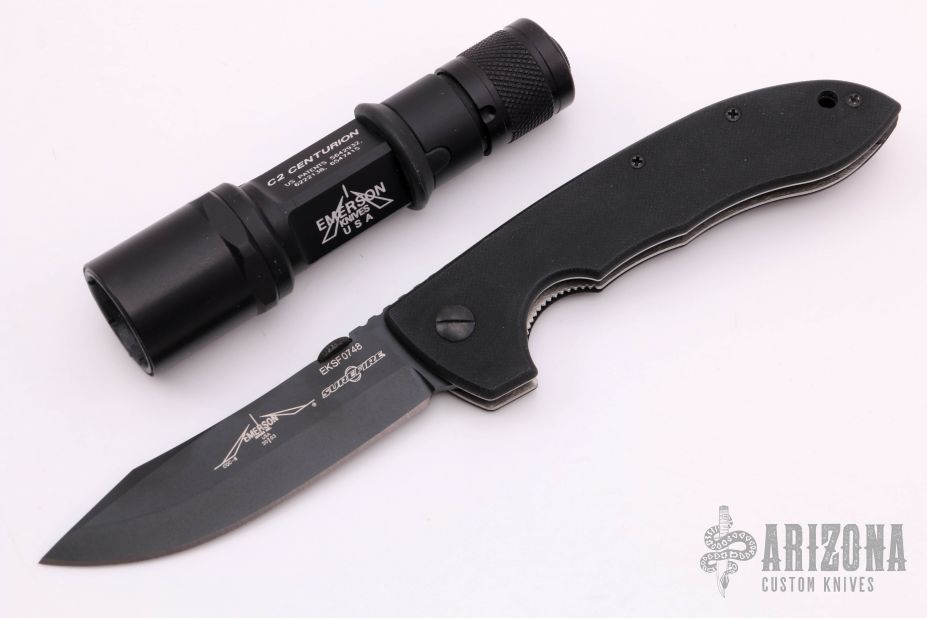 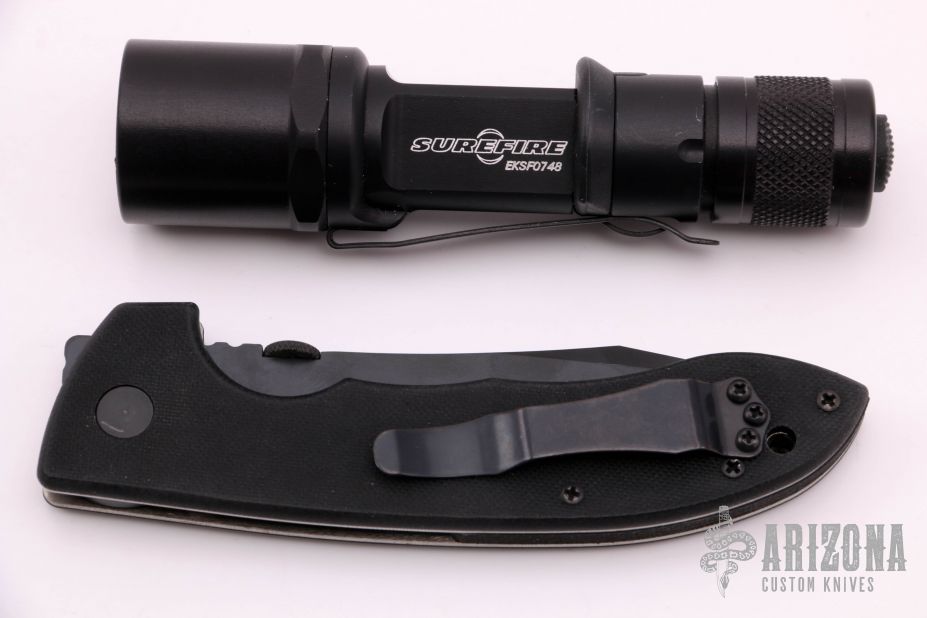 This CQC-8 is a set with a Surefire C2-EM Centurion flashlight. Has a black blade with thumbdisc and notched thumbrest. The handle has black G-10 scales, titanium liners, black G-10 backspacer and a tip up black stainless clip. Comes with original box and papers. Comes with the matching C2 Centurion flashlight by Surefire with original box and papers. Excellent condition. #748 dated 2003.