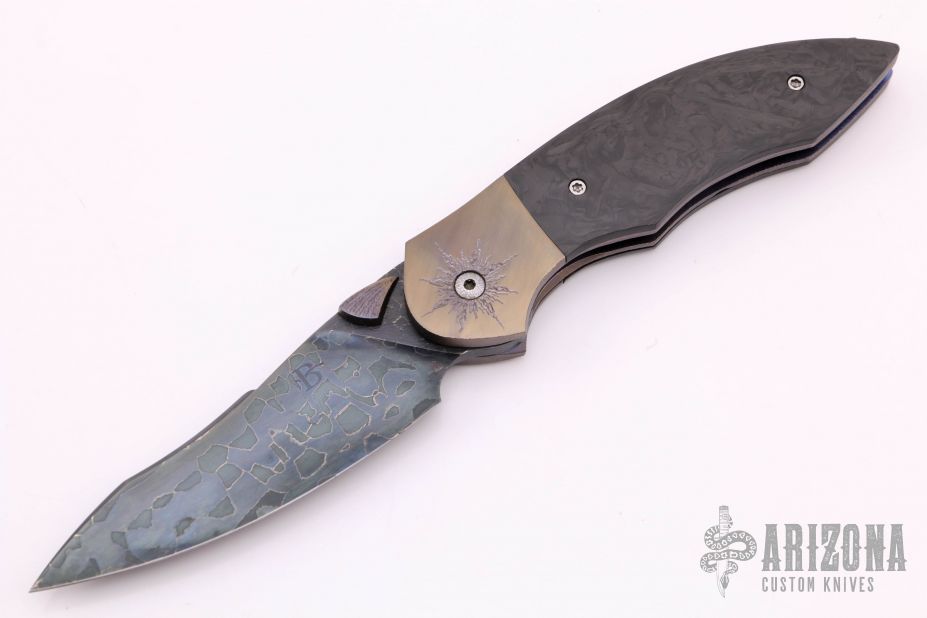 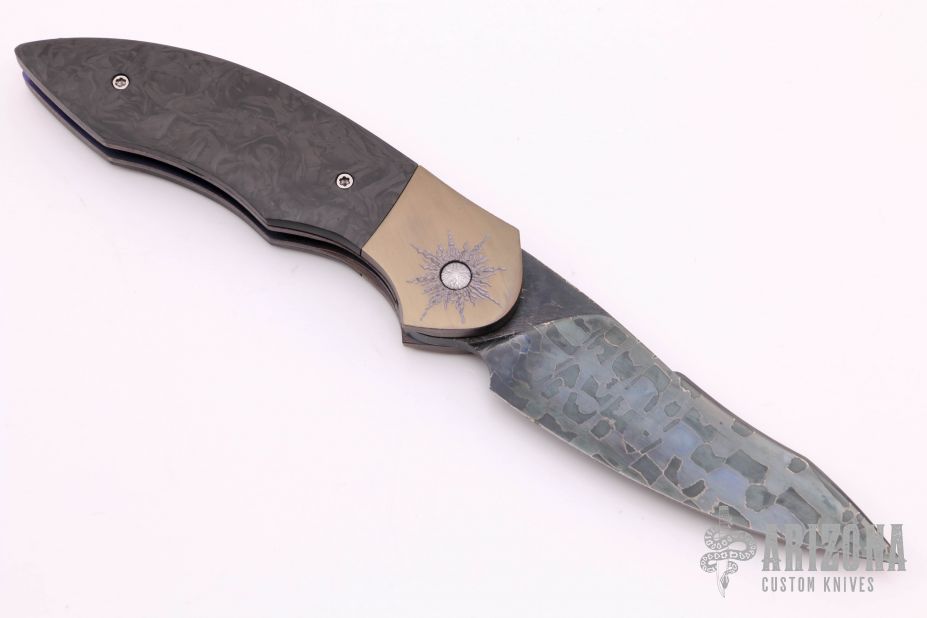 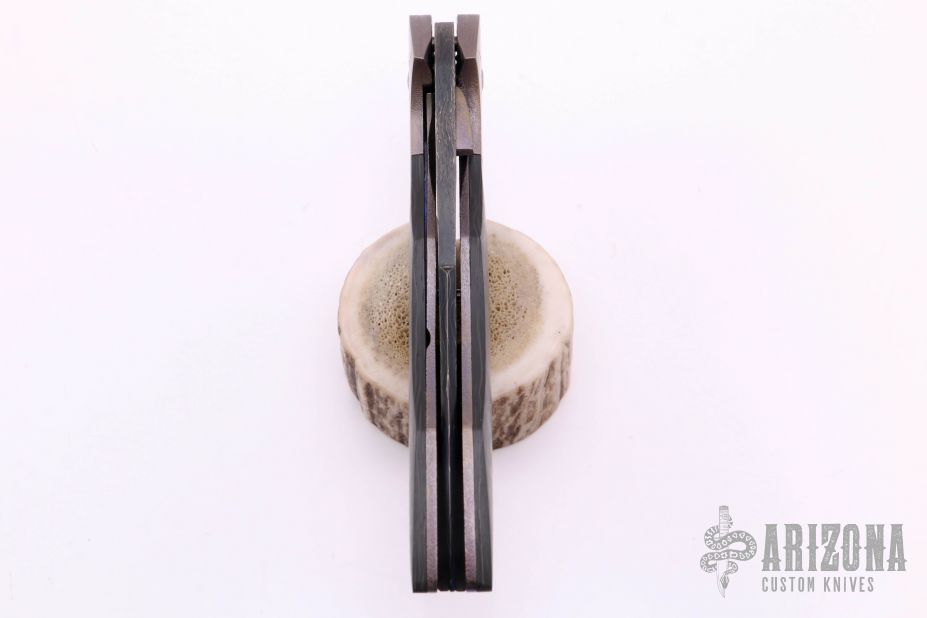 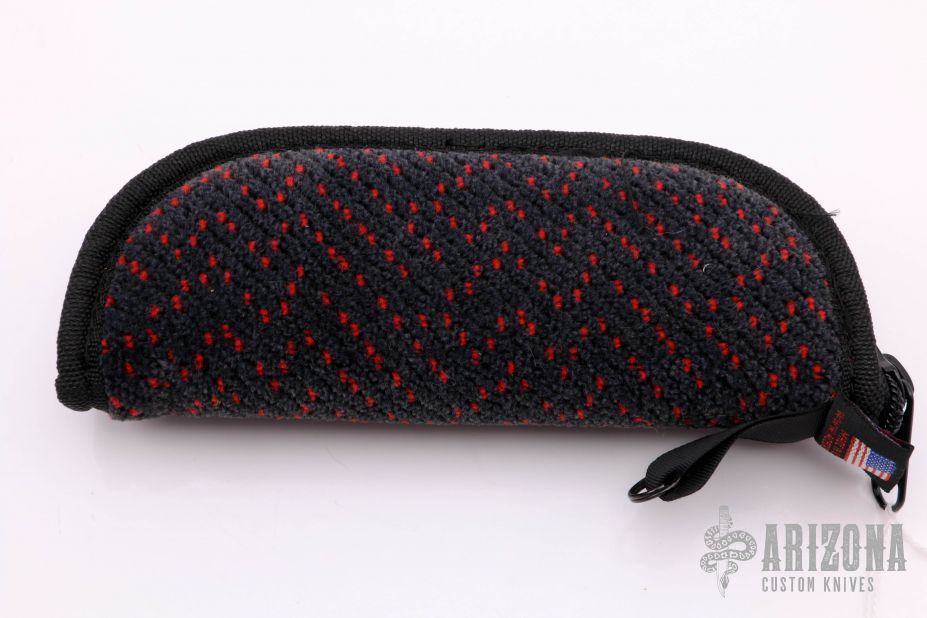 Get email notifications for Broadwell, David add to wishlist

David Broadwell has been an artist all of his life. As a child in school he enjoyed all of the art classes he could take, and when he entered middle and high school took both wood shop and mechanical drawing classes. Like many boys he was interested in cars, airplanes and ships, and spent a lot of time drawing them, probably at the expense of his other subjects! And still to this day he considers himself an artist, and expresses his creativity in his knives, pens, and other functional art. In 1981 Broadwell took a broken file and made his first knife. With its completion Broadwell knew this was what he wanted to do for a living, and he worked toward that end. In 1989 Broadwell left his job as a machinist and became a full time knifemaker.