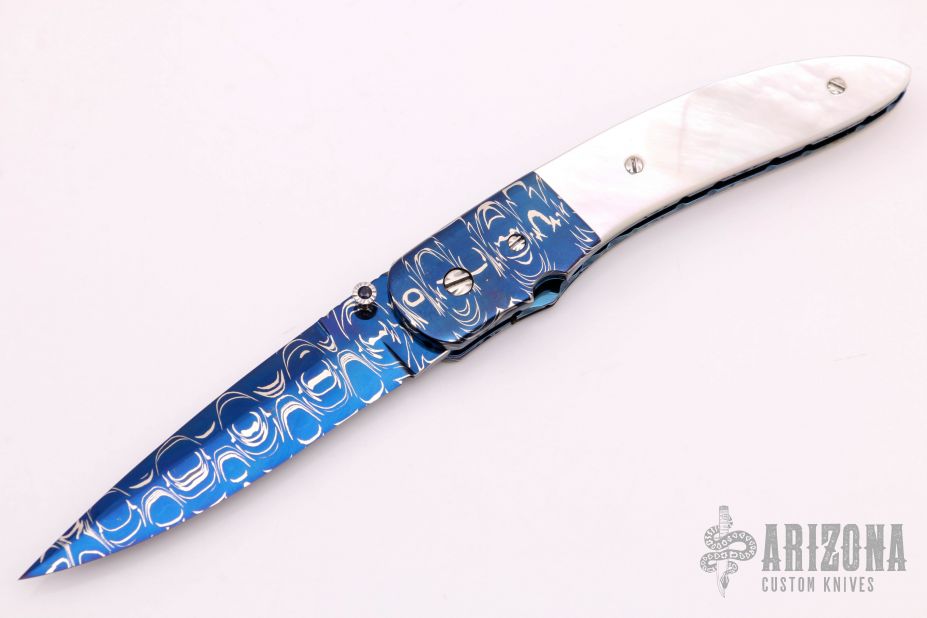 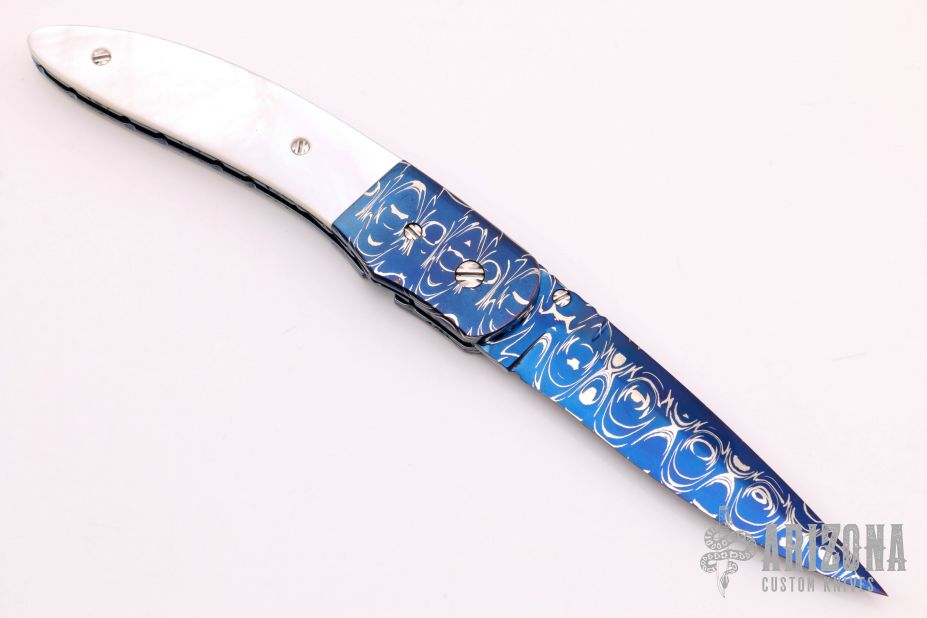 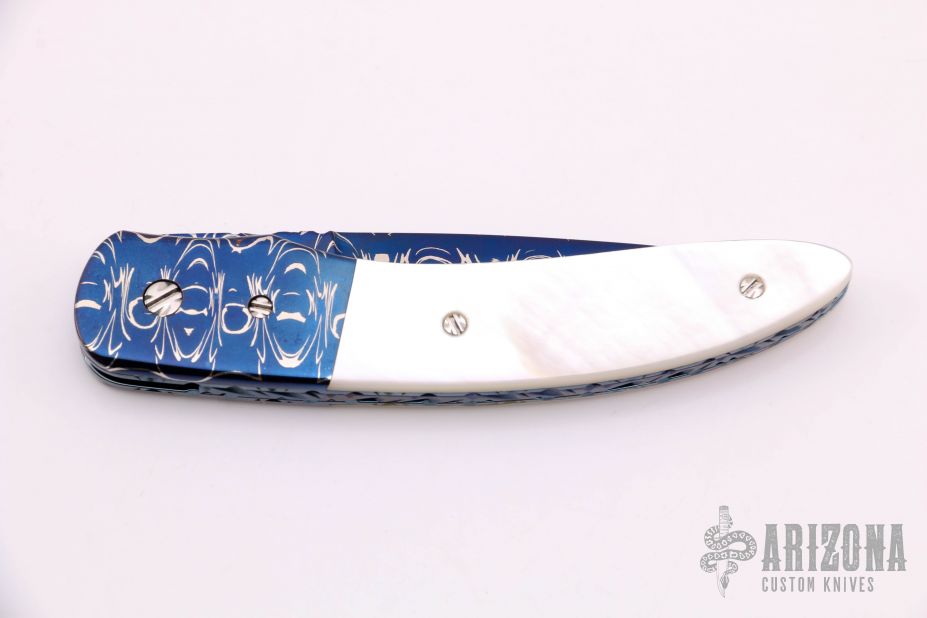 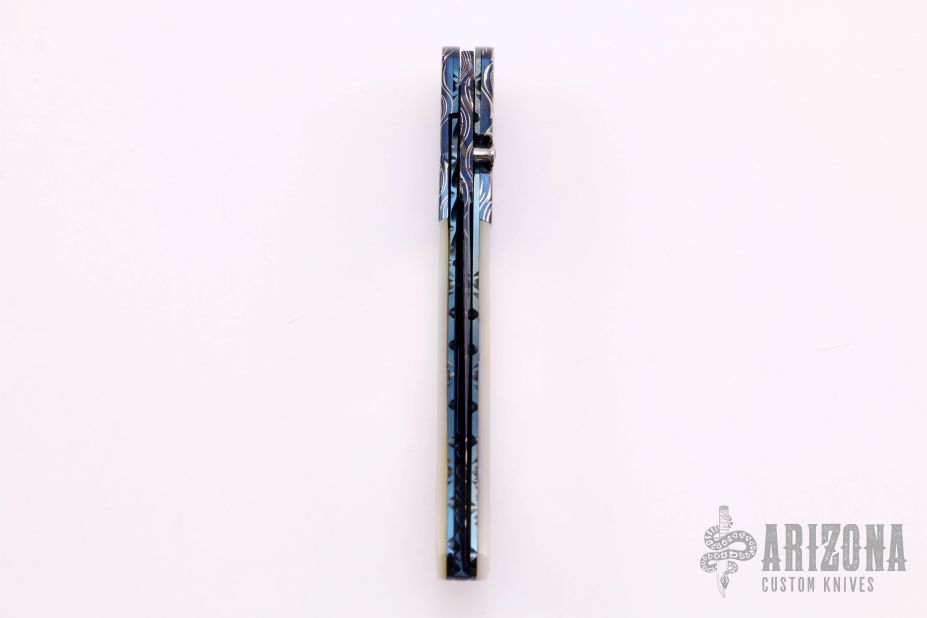 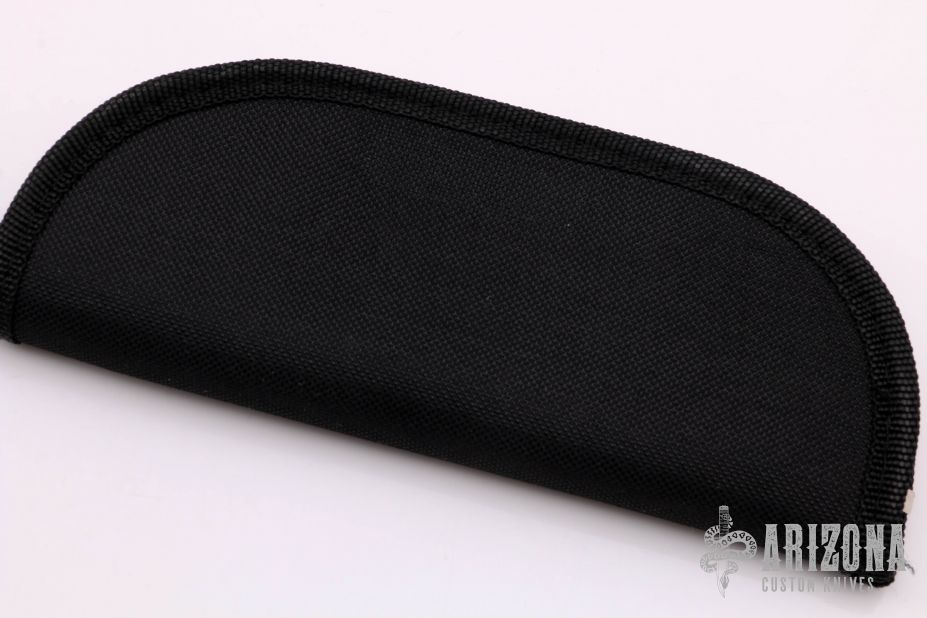 Get email notifications for Dunkerley, Rick add to wishlist

This knife by Rick Dunkerly features a colored Damascus blade with false top edge and a single file worked thumb stud. The handle has colored Damascus bolsters with matching pattern to the blade, mother pearl scales, heat colored and file worked stainless steel liners and backspacer.  One of the scales has a small chip along where scale meets the liners otherwise the knife is in Excellent condition.  Includes a padded zippered case.

Rick was born in Sharon, Pennsylvania, and graduated from high school in Hermitage, PA in 1977. Rick then spent four years in the U. S. Air Force, stationed mostly at Lackland Air Force Base in San Antonio, Texas, where he trained guard, drug, and bomb-sniffing dogs. Rick first started making knives in 1984, and after moving to Montana in 1985, his interest in the craft increased. He made stainless steel hunters and utility knives until 1991, when he began forging carbon steel knives and creating damascus steel. Rick joined the American Bladesmith Society a year later. Since receiving his jouneyman smith rating in 1995, Rick’s main focus has been damascus steel, particularly mosaic and composite bar blades. Rick attained the American Bladesmith Society Mastersmith rating in 1997, and in 2002 was selected to the Board of Directors of that organization. He has been a full-time knifemaker since 1996, except for the two month’s each fall that he operates as an outfitter in Montana’s Scapegoat Wilderness. Rick now specializes in damascus folding knives, and also enjoys making Bowie or Persian style straight knives. Rick has earned many awards for his one-of-a-kind creations.