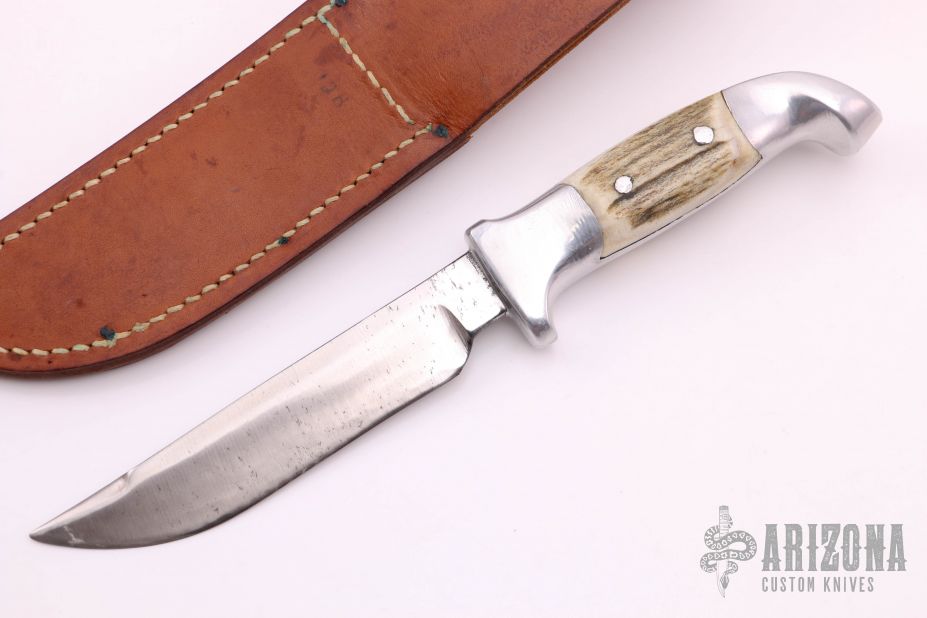 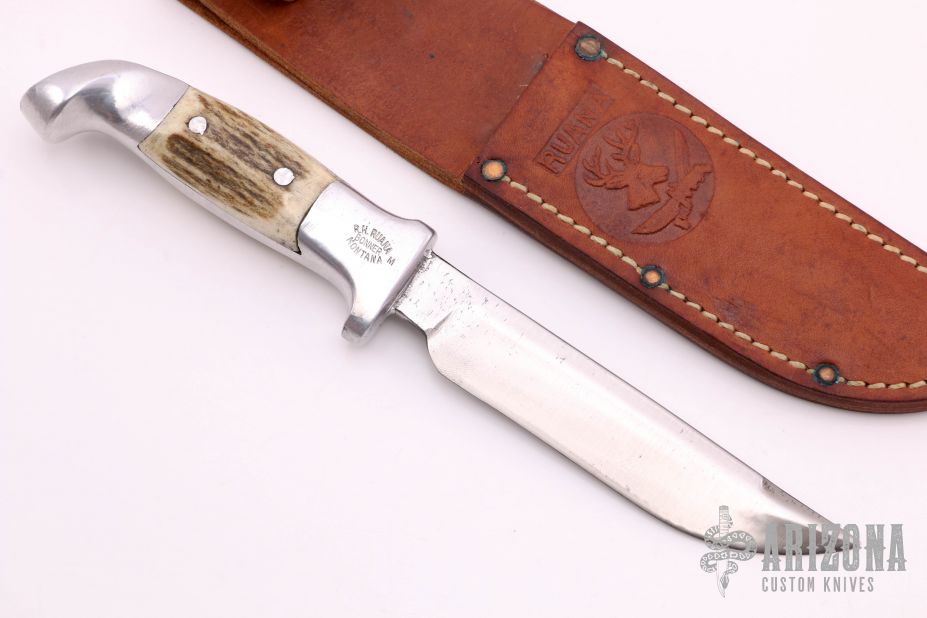 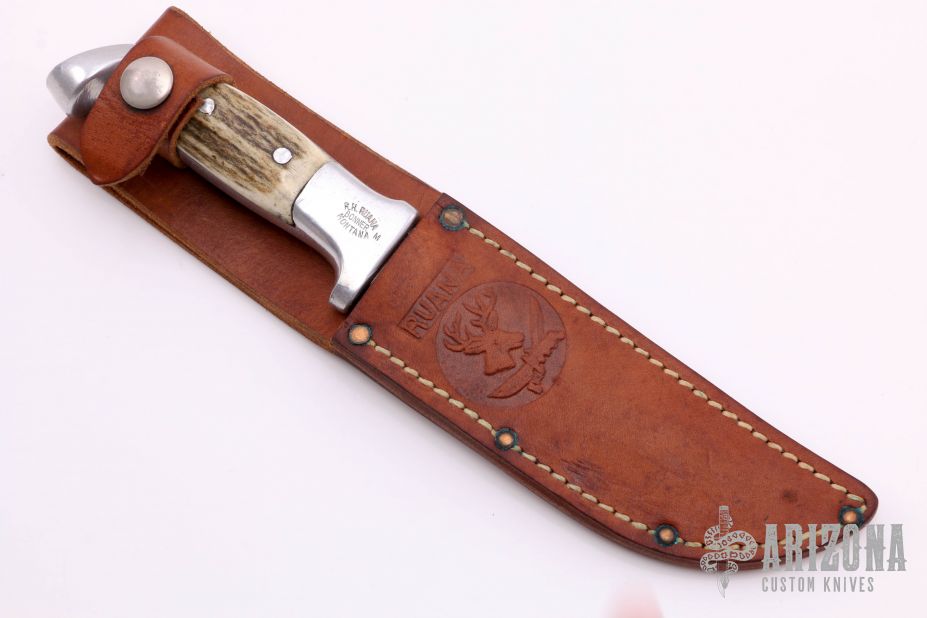 This Sticker by Rudy Ruana features a satin finished blade with false top edge, .185" blade stock and .989" blade depth, hidden tang construction. The handle is cast from aluminum with elk inserts, guard has "M" stamp which signifies it was made by Rudy Ruana. Comes with brown leather sheath. Has some scratches, otherwise good condition for its age.

Ruana Knives are still hand crafted in the small Montana shop where Rudy Ruana began forging out blades over 70 years ago. Rudy retired from knife making in 1984, and passed away in 1986 but the tradition of quality Ruana Knives has been carried on and stayed at the same location and within the family ever since those early beginnings. Vic Hangas, Ruana?s son-in-law and eventual next door neighbor, began making Ruana Knives side by side with Rudy in 1964 and did so for 20 years until Rudy?s retirement in 1984. Mark Hangas, Vic?s son, began putting his skills to work along his dad and grandfather in 1976. In 1984, another son Mike joined his brother and Dad in the family business. Vic, Mark and Mike are still with Ruana Knife Works and as of 2011, have been making Ruana Knives for nearly 110 years combined. While there have been a few minor changes over the years, Ruana Knives are still hand crafted with the same methods and much of the original equipment Rudy used. Many knife models have remained in place as long as the company has and the Hangas trio has carried on Rudy?s work ethic and emphasis on uncompromising quality over quantity. Ruana Knives are proudly American Made as much as a product possibly could be, with a continued commitment to creating a functional product that is usable, durable, and increasingly collectible.