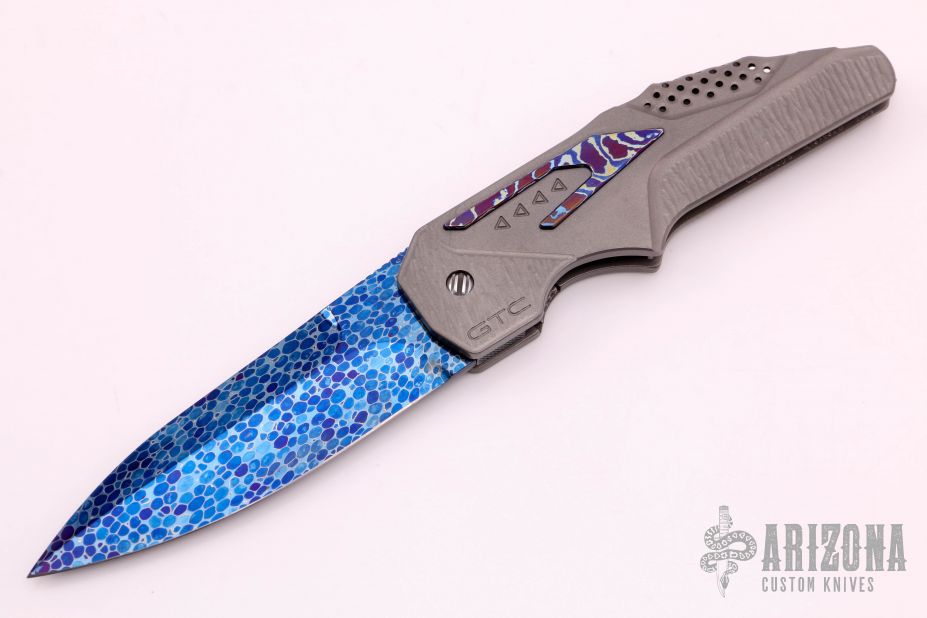 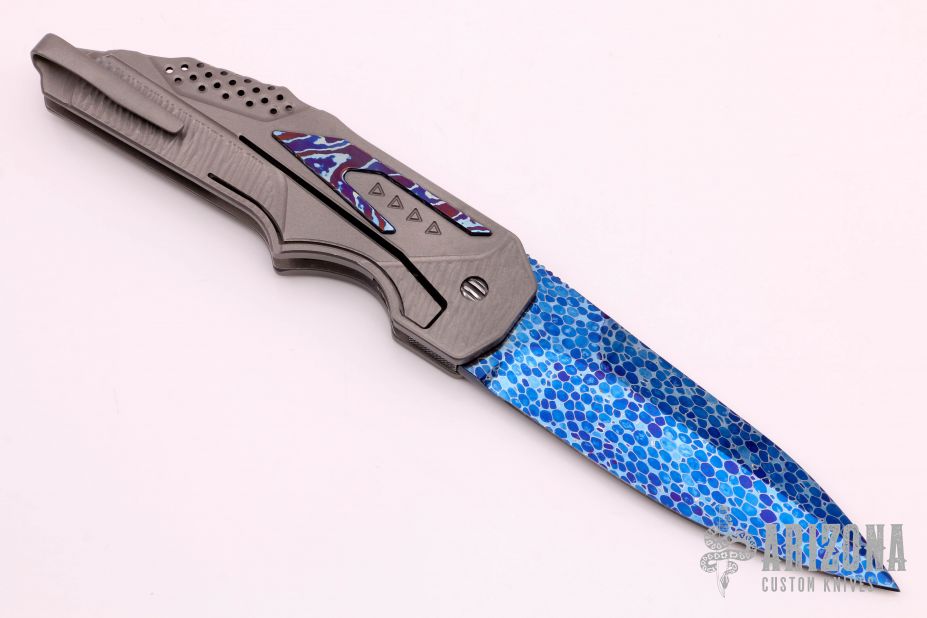 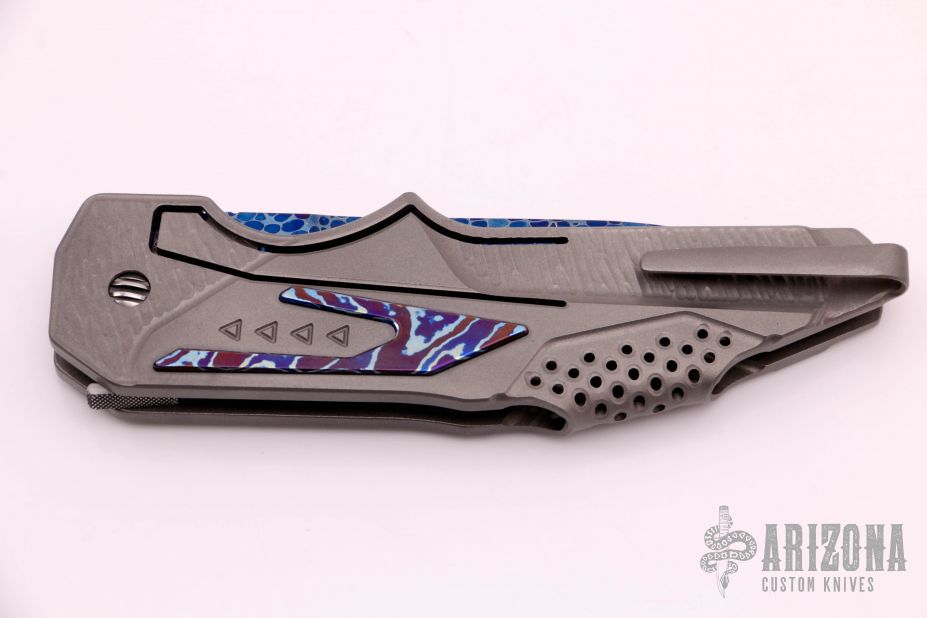 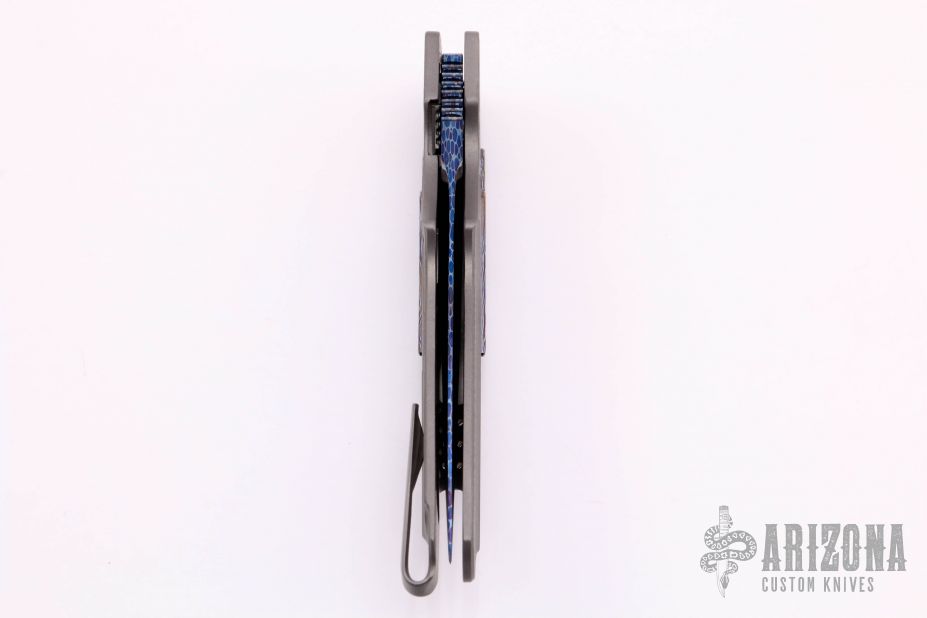 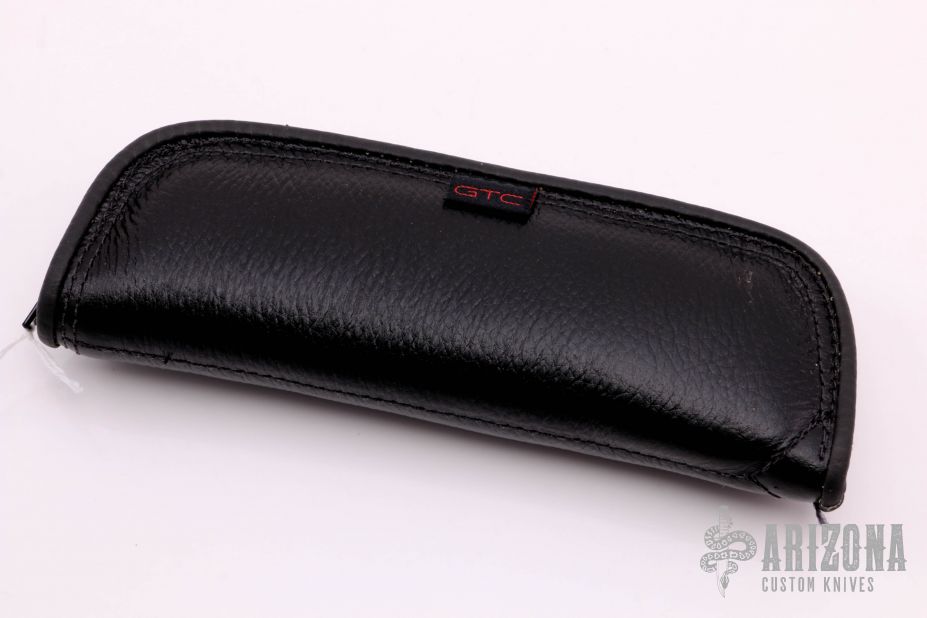 This Commando SLT by GTC Knives features a Bertie Rietveld Dragonskin Damascus blade with notched thumbrest and checkered flipper. The handle has an integral bead blasted and carved titanium frame with integral clip, it has mokuti inlays. The handle was made as a flat piece, milled and then folded over as well as the clip. Rides on bearings, nice detent, lockup and blade seating. Comes with nylon zippered case and COA dated 2019. Excellent Condition.