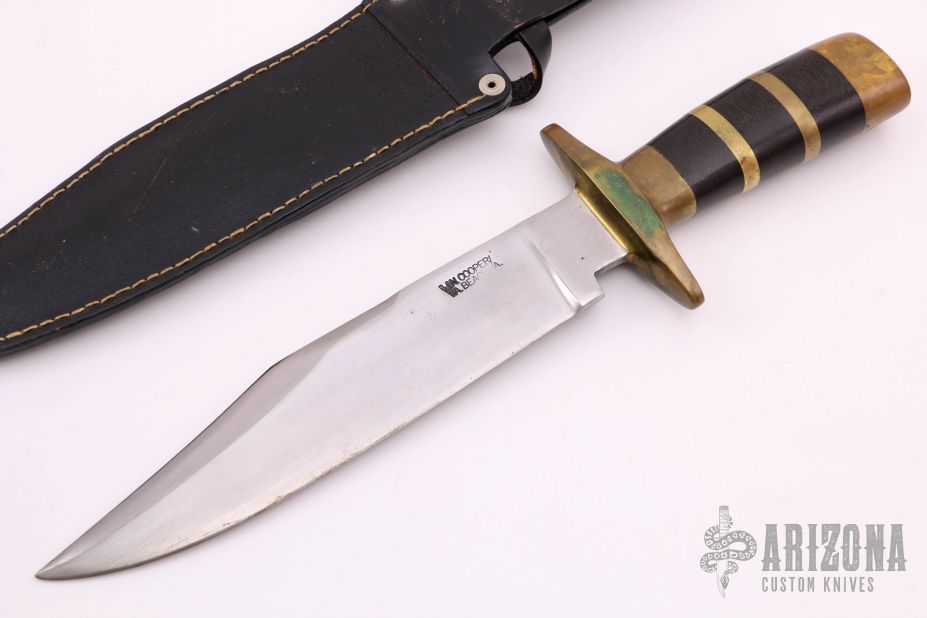 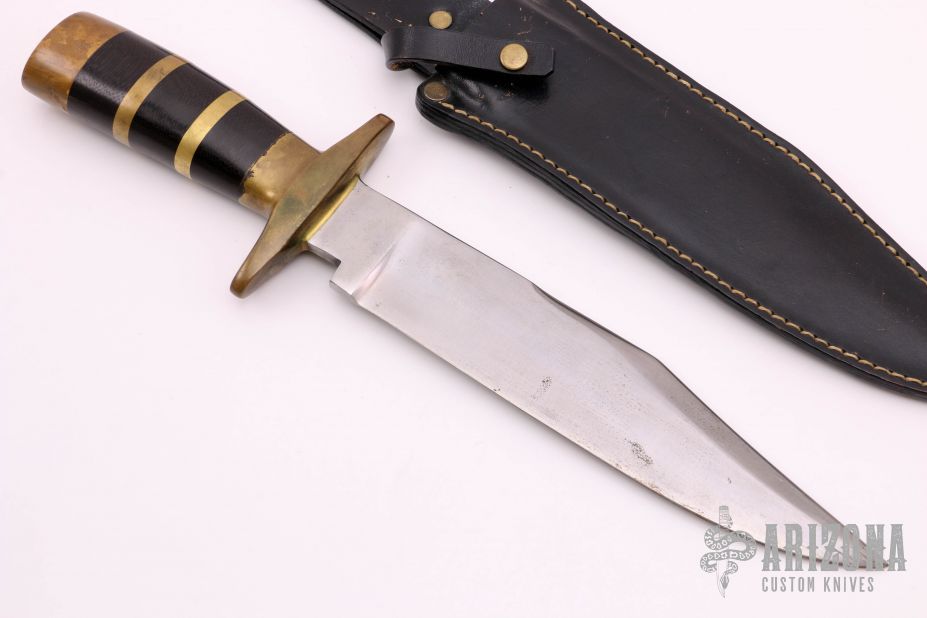 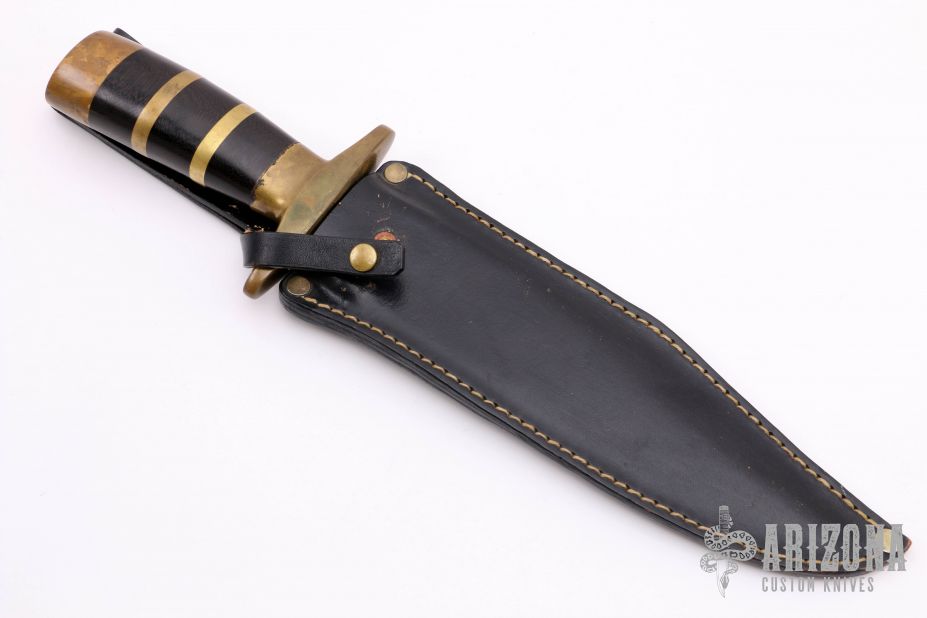 This knife by John Nelson Cooper features a satin finished blade with sharpened top edge, .238" blade stock and 1.725" blade depth, hidden tang construction. The handle has a brass guard and butt, black canvas micarta grip with brass spacers. Comes with a black leather sheath, but the snap is broken. Has some scratches and light oxidation, otherwise good condition. Made in 1964.

John N. Cooper (1906-1987) The Cooper Knife is one of the oldest continually manufactured custom knives known. Beginning in 1924 when John Nelson Cooper, as a hobby, began making knives for the local townspeople of Tremont, Pennsylvania. Since that first knife, the Cooper Knife has evolved into a totally new patented process of manufacturing the sporting blade.The first knives were for the working farmer and housewives but as the popularity of a good serviceable knife grew so did his designs. Soon He was making a complete line of knives for hunters, police, military, fisherman, campers and the all around sportsman. Primarily using conventional methods of attaching the handle, it was noted that the acids and dirt would be built up around the tang and hilt area causing the knife to loosen and literally fall apart. Studying the problem, He developed a totally new method of assembling the knife into a solid, bonded unit. This involved welding, brazing and epoxy that left no joint open or that could be opened, in a lifetime or more of use. The process was so unique that it was granted two United States patents #3,481,038 and #3,595,104.