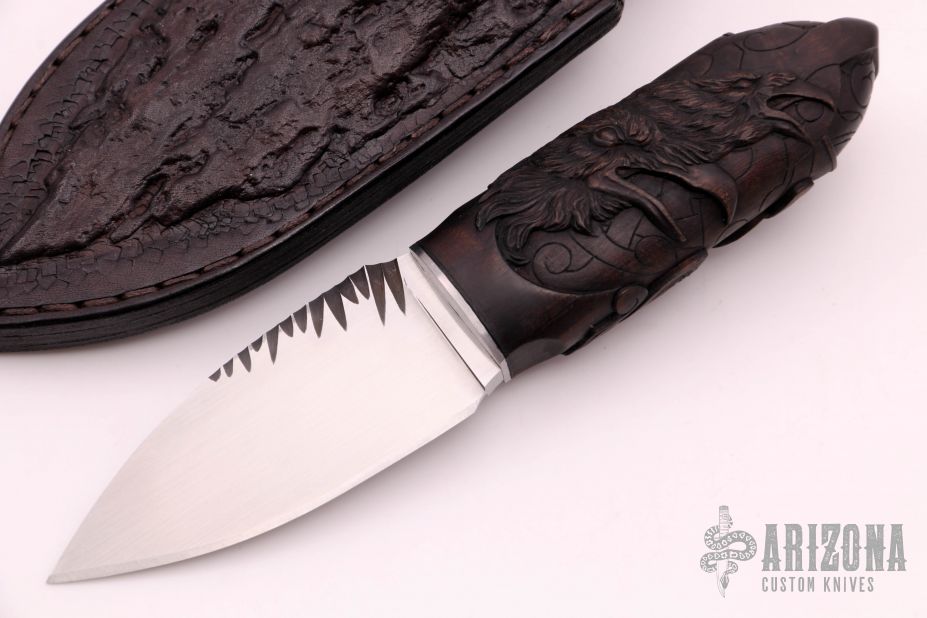 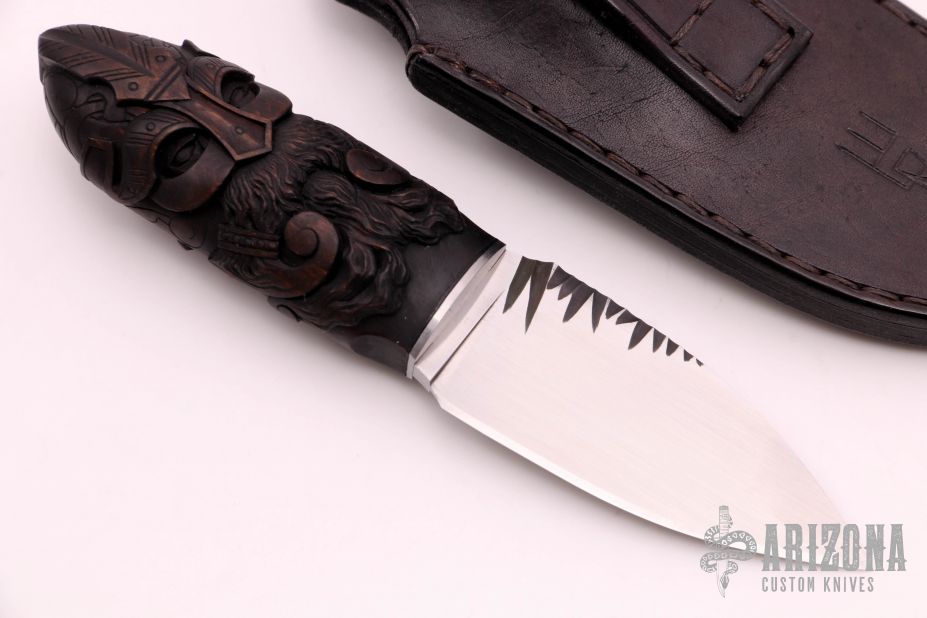 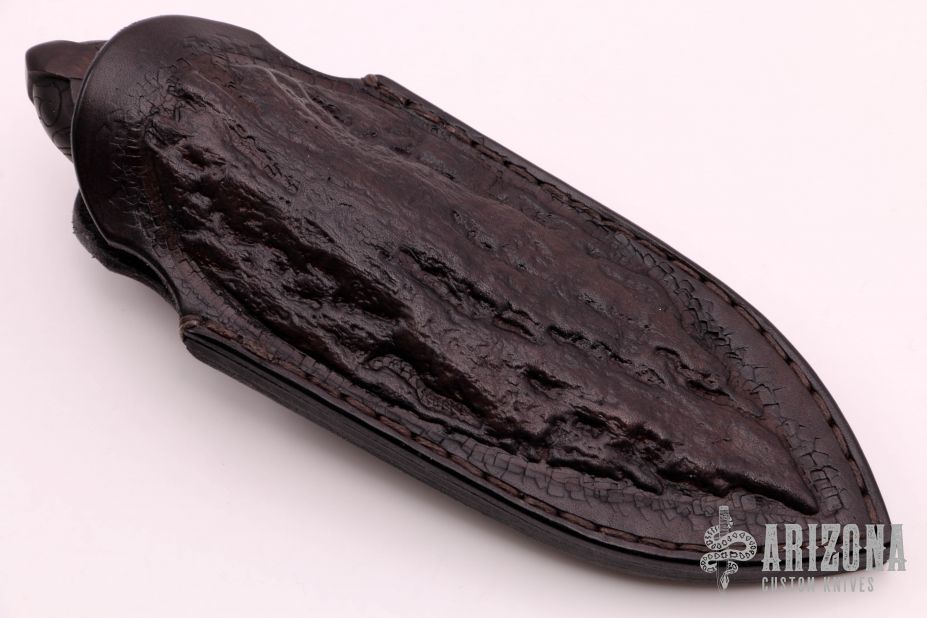 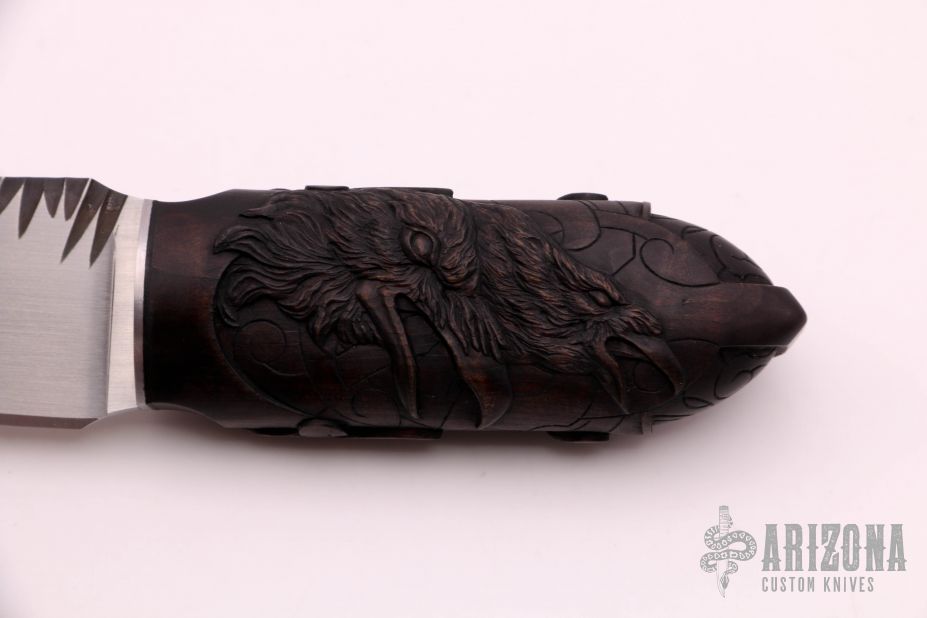 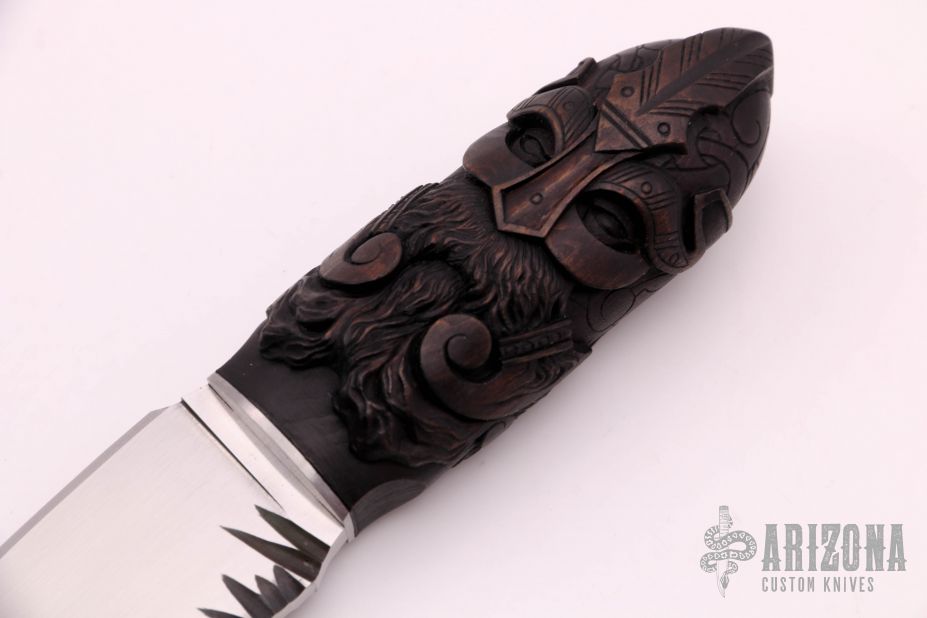 Get email notifications for Bozhinov, Pavel Borislavov add to wishlist

A Note from the maker about this knife and its story:

……”Lo there do I see my father; Lo there do I see my mother and my sisters and my brothers”…… The Scandinavian saga will continue, but the trilogy "Odin`s warriors" ends with the final knife - "Einherjar" . If with the previous two knifes : "Odin"-everything is clear, everyone knows who Odin is. "Berserk" again everyone knows that name. Then for the "Einherjar" will need some explanation.

God Odin is making his choice wise and carefully. He chooses only the strongest, the most ferocious, the most intransigent in battle.

On the back side of the knife I have depicted the crows Hugin and Munin (the messengers of Odin) which croak and in this way they announce to the warrior Einherjar that the supreme moment has come, when he and his brethren must stand by Odin, among the green fields of Midgard.

For one last assault....

For one last battle...

Member of the National Association "Fellowship of Masters of Fold & Art Crafts" in Bulgaria I’m a professional artist with over 25 years of experience in making bespoke jewelry. In 2003 I’ve made my first knife, which was a gift for a friend, and suddenly I reinvented myself and found a way to incorporate all the skills and experience I have into once single piece. From the simple idea to the sketch, then making the project, incorporating jewelers techniques, sculpting, wood carving, forging…and I realized that this is something that I really want to do and I have passion for. And that’s the beginning of the adventure of knife making. Every single knife I’ve made is a reflection of my dedication and attention to detail. At the beginning of every single project I’m taking the time to make a detailed sketch in 1:1 ratio, taking the time to think about every single detail that I want to incorporate in the piece, so nothing is left behind and nothing is left to chance.