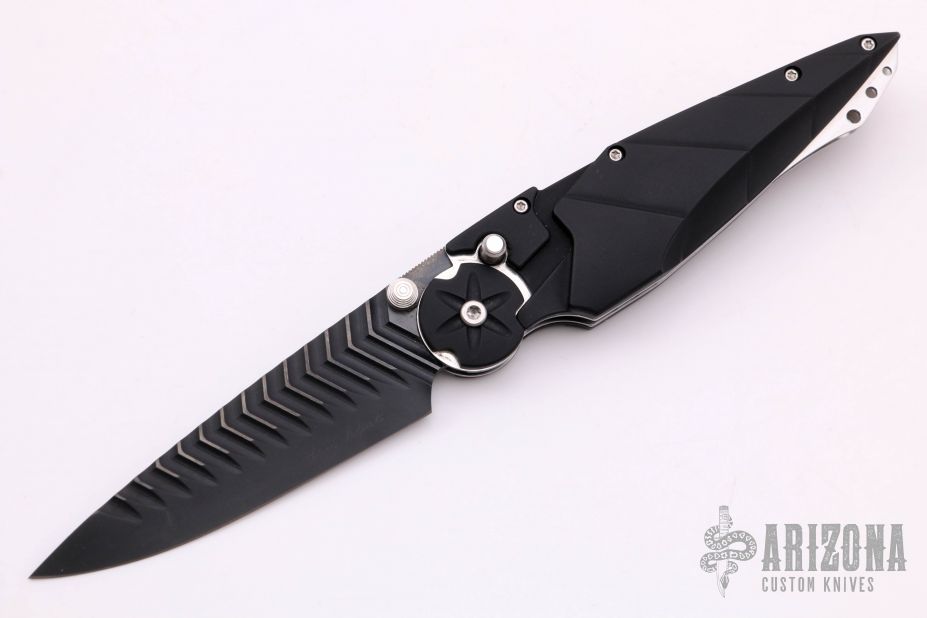 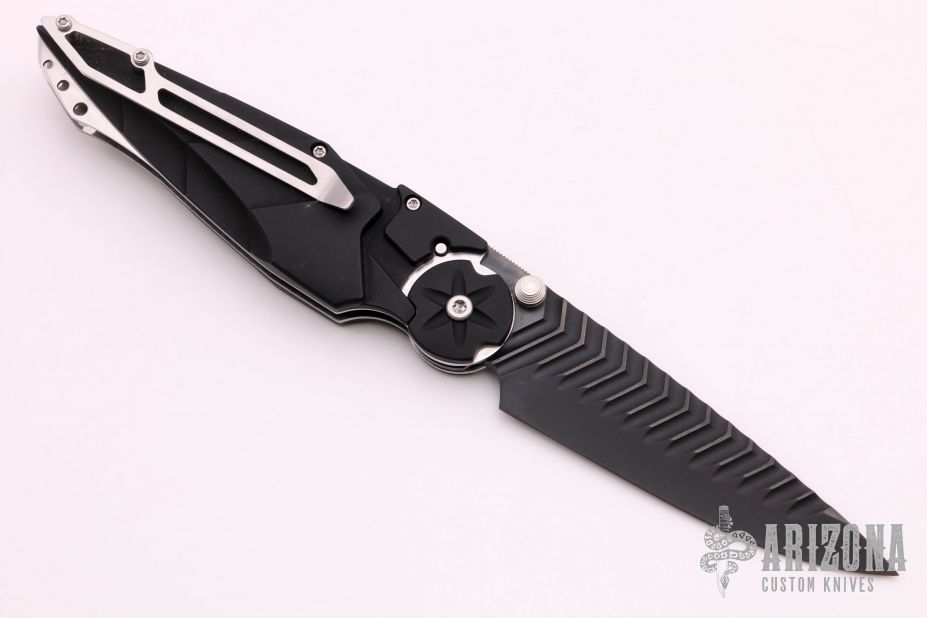 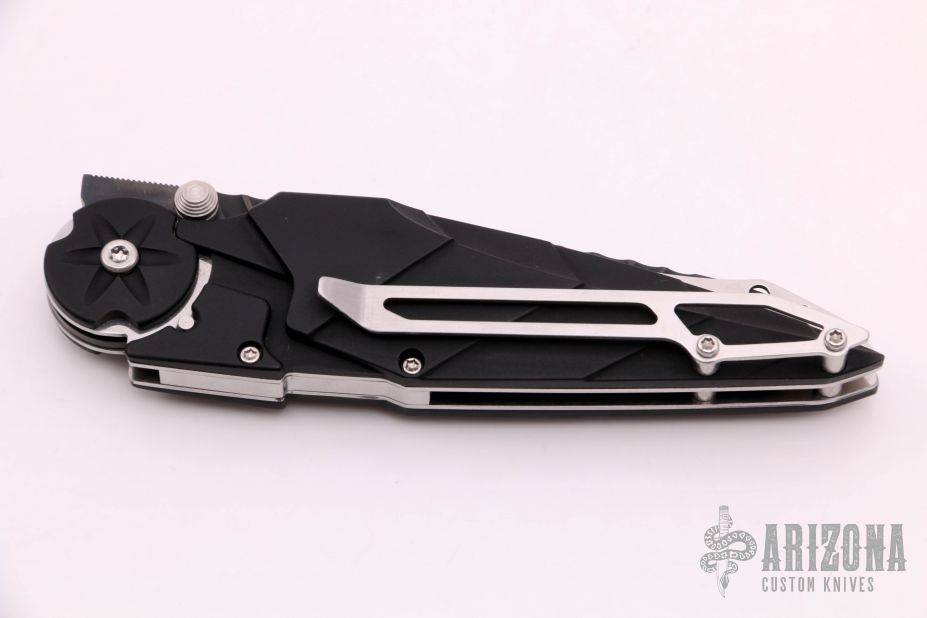 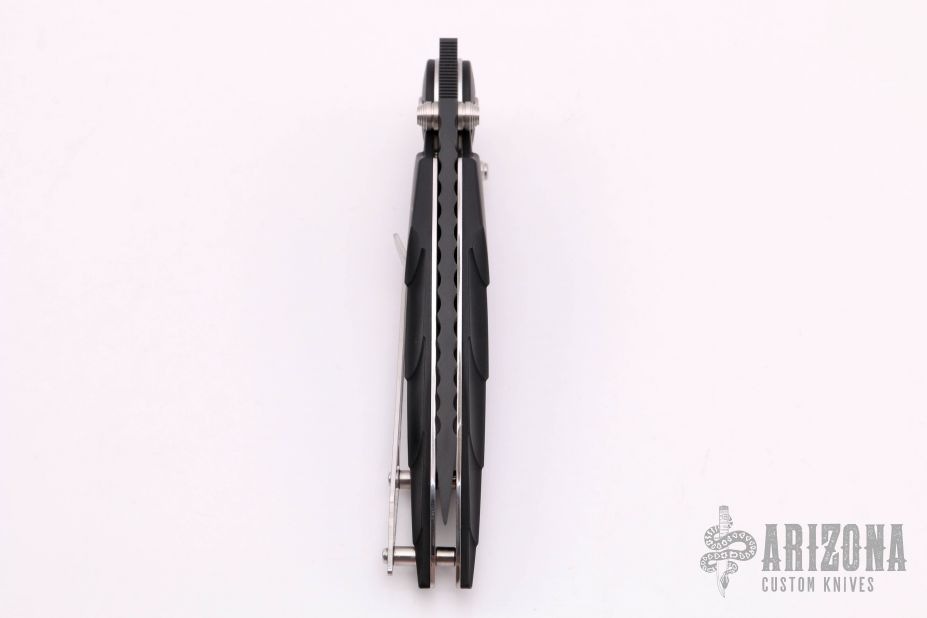 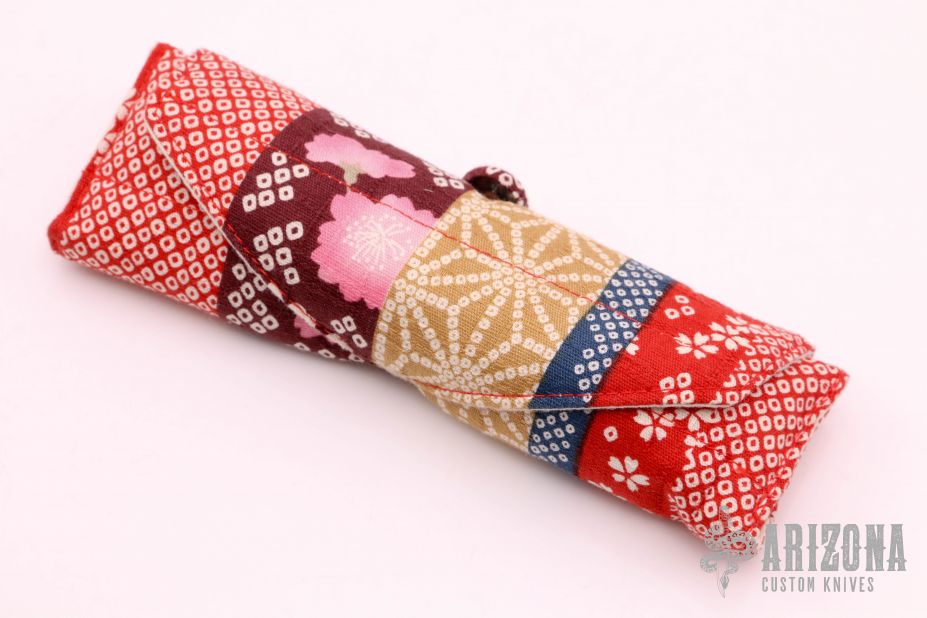 Get email notifications for Hara, Dew add to wishlist

The Kabuto is a custom button lock folder by Dew Hara. He is the son of legendary Japanese knifemaker, Koji Hara and is about to embark on a four year apprenticeship with another well-known custom knifemaker, Anthony Marfione. The Kabuto is a push button folder that locks both in the opened and closed positions, and the blade can be easily and instantly deployed by flicking your wrist while pushing down the button. The black blade features unique lightning wavy grooves to give it an aggressive look. The handle has black aluminum scales with stainless liners and backspacer. The design of this knife is to resemble the helmet first used by ancient Japanese warriors, and in later periods, they became an important part of the traditional Japanese armor worn by the samurai class and their retainers in feudal Japan. Excellent condition. Comes with cloth pouch.

Dew Hara is the son of the legendary knife maker Koji Hara.