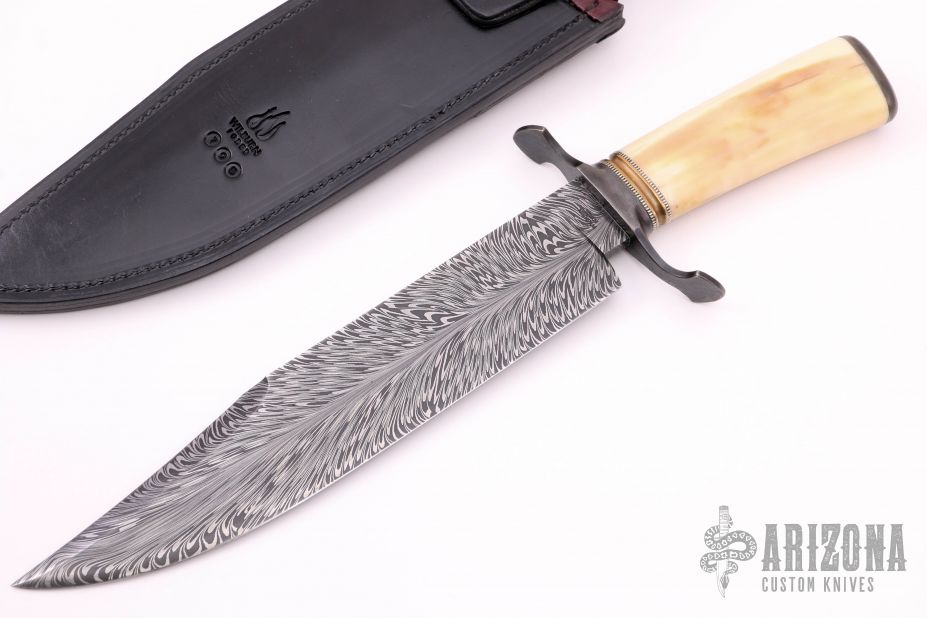 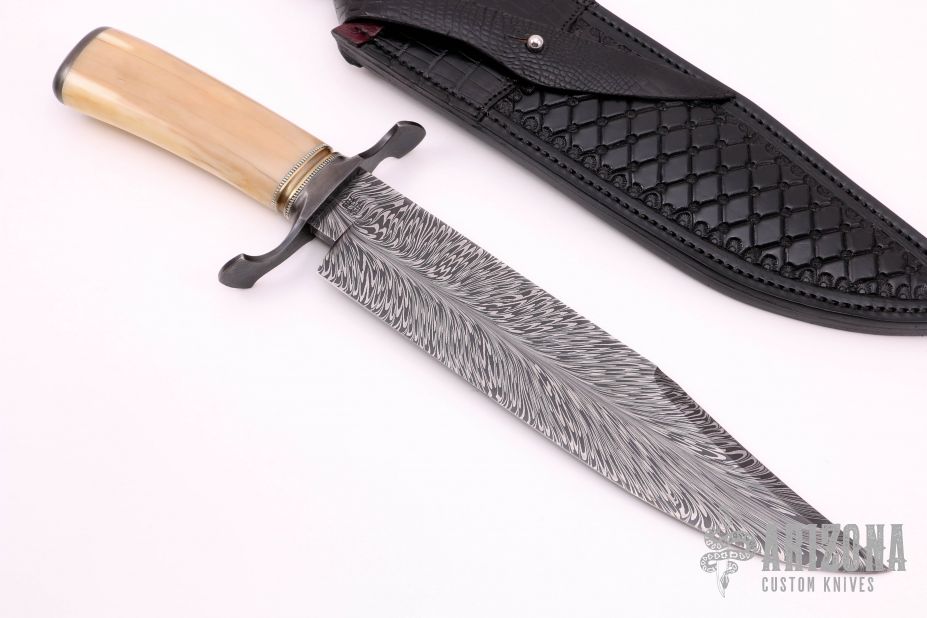 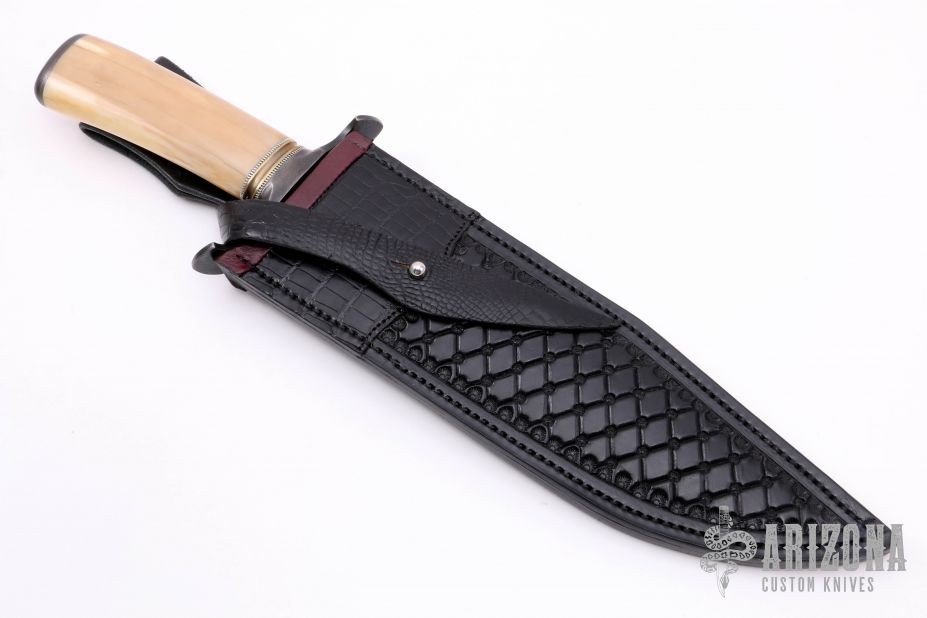 Get email notifications for Wilburn, Aaron add to wishlist

This Bowie by Master Smith Aaron Wilburn features a Feather Damascus (1084 and 15n20) clip point blade with sharpened top edge, the blade was cryogenically treated between temper cycles, .255" blade stock and 1.998" blade depth, hidden tang construction. The handle has a wrought iron guard and butt, premium ancient fossil walrus ivory grip, coin edged nickel silver and fluted bronze spacers. Comes with a 8-9oz Wickett & Craig hand tooled black leather sheath with an alligator skin overlay and maroon Kangaroo skin collar. #705 on the back as well as on the knife. Excellent condition. Stunning piece really! This knife was built in May of 2021.

After moving his Family to Seffner Florida in 2002, Aaron and his Son Rocky went to knifemaker Cliff Parker’s shop in Zepherhills, FL. This encounter sparked Aaron’s enthusiasm for the world of knives and creating Damascus. Shortly thereafter, the family visited the Orlando, FL knifeshow. Aaron’s career was all uphill from there. At the end of 2003 the family moved to Redding, CA where Aaron worked as a General Contractor all the while honing his skills as a knifemaker. In 2009 he gained his Journeyman Bladesmith rank, since July 2012 he has been working full time as a Bladesmith, and at the June 2013 BladeShow of Atlanta Georgia he was bestowed the rating of a Master Bladesmith as well as winning the BR Hugh’s award for best knife submitted by a new Mastersmith.