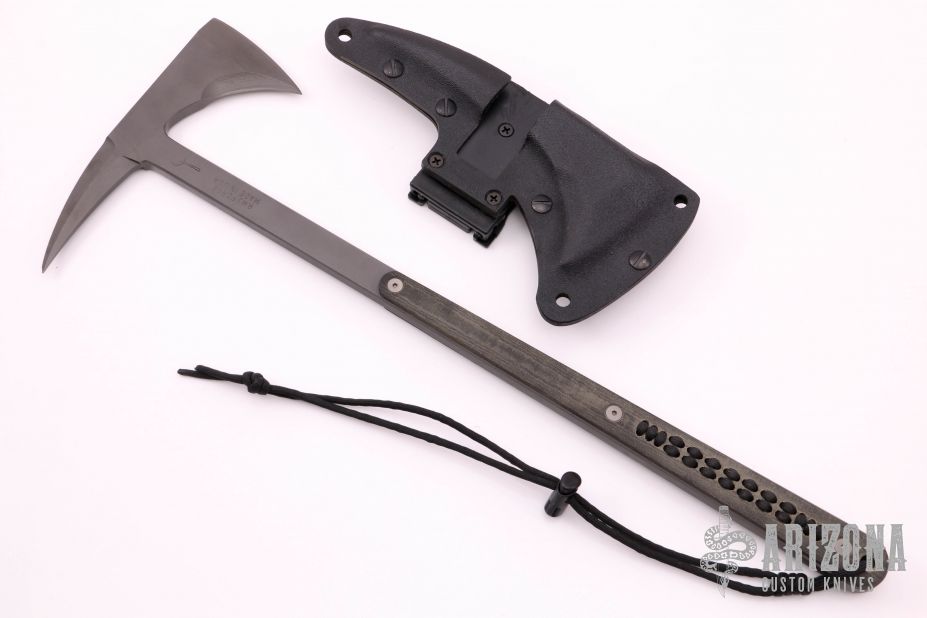 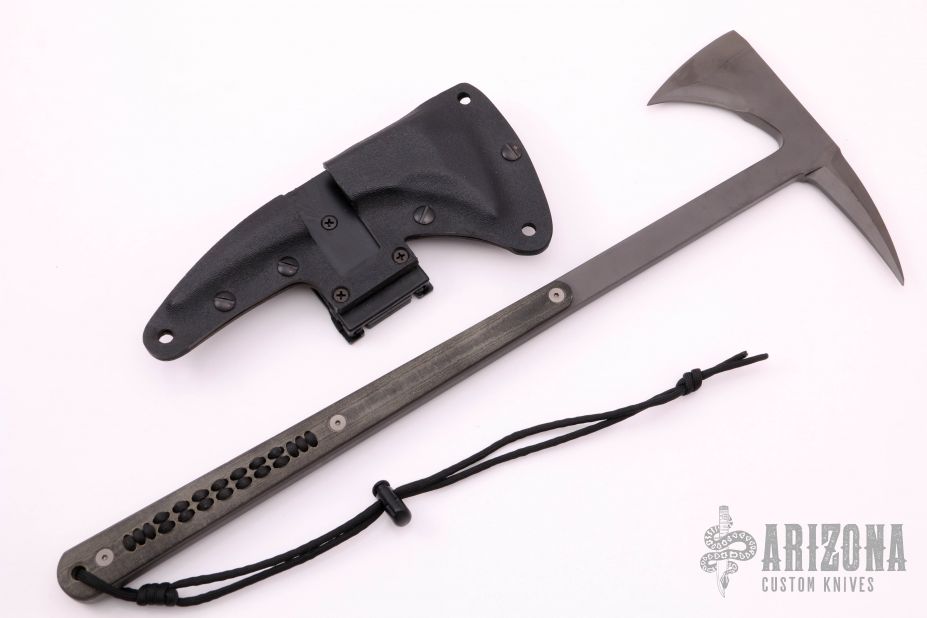 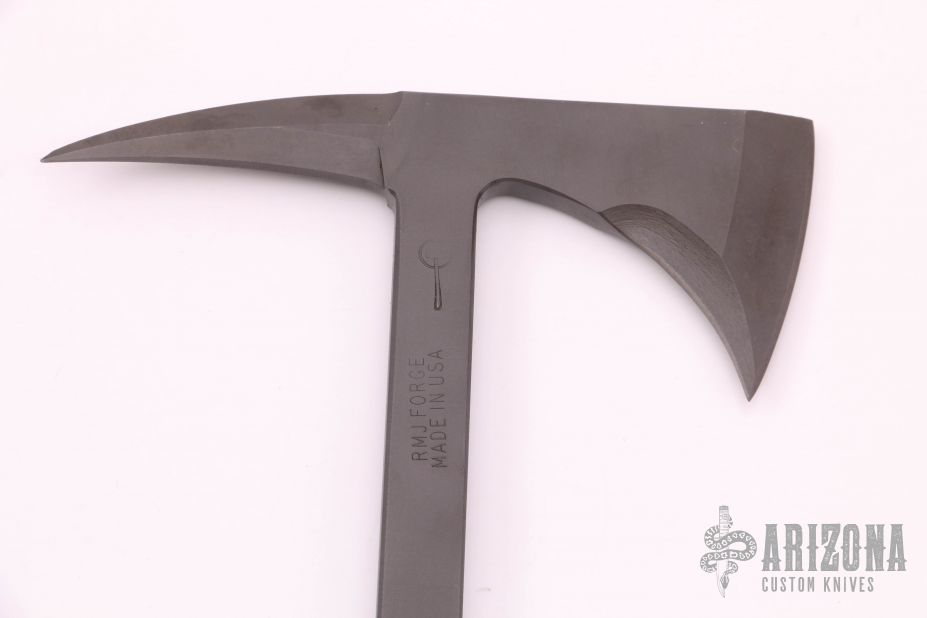 Get email notifications for RMJ Tactical add to wishlist

The Vintage Eagle Talon is the tomahawk that started it all. It was the first all-steel integral designed tomahawk and has been the keystone for all other RMJ tomahawks. It was inspired by 18th Century French and Indian War tomahawks that our designer, Ryan, had been emulating for many years. In the Spring of 2001, Ryan was commissioned by members of the USAF 820th Security Forces to design a tomahawk that featured 18th century lines and 21st century engineering; a tomahawk for modern combat use. Work began, and by the fall of 2001 the Eagle Talon Special Forces Tomahawk was being used in Afghanistan. Why a Tactical Tomahawk? The tomahawk has served as an effective field tool and weapon for over 300 years, and the physics behind the tomahawk design give it many advantages over a knife. The user can choke up on the grip to use the tomahawk like a more traditional knife, or when held in a normal grip, the cutting power and strike force is multiplied several times over due to the leverage created by the length of the handle. Great for: Breach | Utility | Emergency / Safety Tool | Preparedness Kit Specifications.

This one features .366" blade stock and green linen micarta scales. Comes with a kydex sheath with TekLok. Has some light scuffs, other excellent condition! 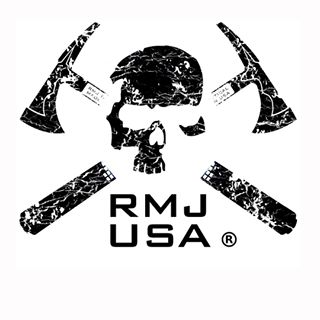 I have made hand forged tomahawks now for over 35 years. Most of these hawks have been working historical reproductions and utility/camping axes. When it comes to design, my job as an engineer/historian/bladesmith is to draw from a wealth of historical axes aspects that we like and that can be executed with the tools and talents found in the shop. We may choose a blade shape here, a handle style there, a bowl shape from yet another piece. We may accurately copy just one tomahawk and it's details. There were thousands of tomahawks made in the 18th and 19th centuries, and because they were handmade no two were exactly alike. This makes my job pretty easy design wise: I pick the elements and execute these thoughts in the medium of iron, steel, wood and leather.