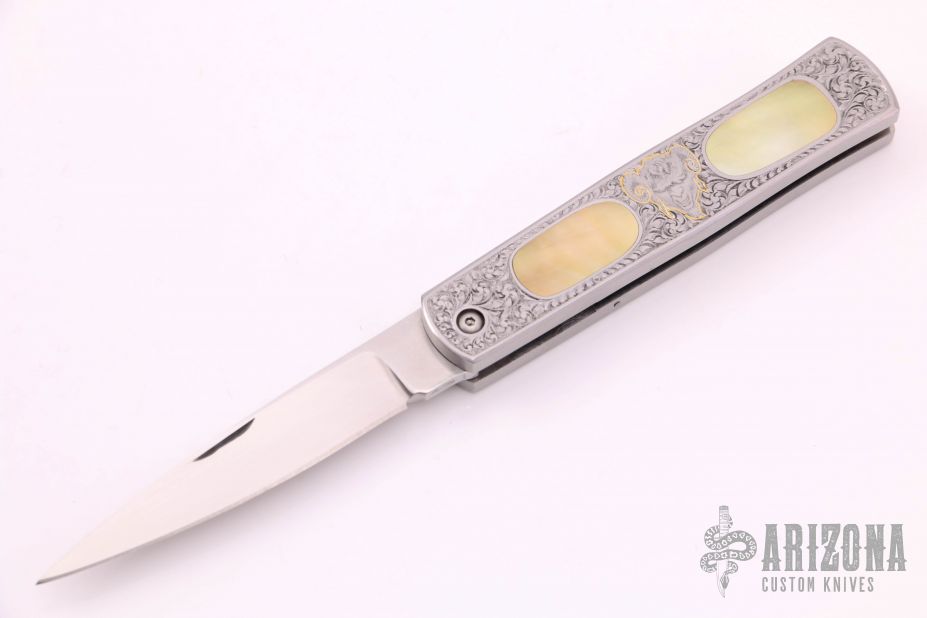 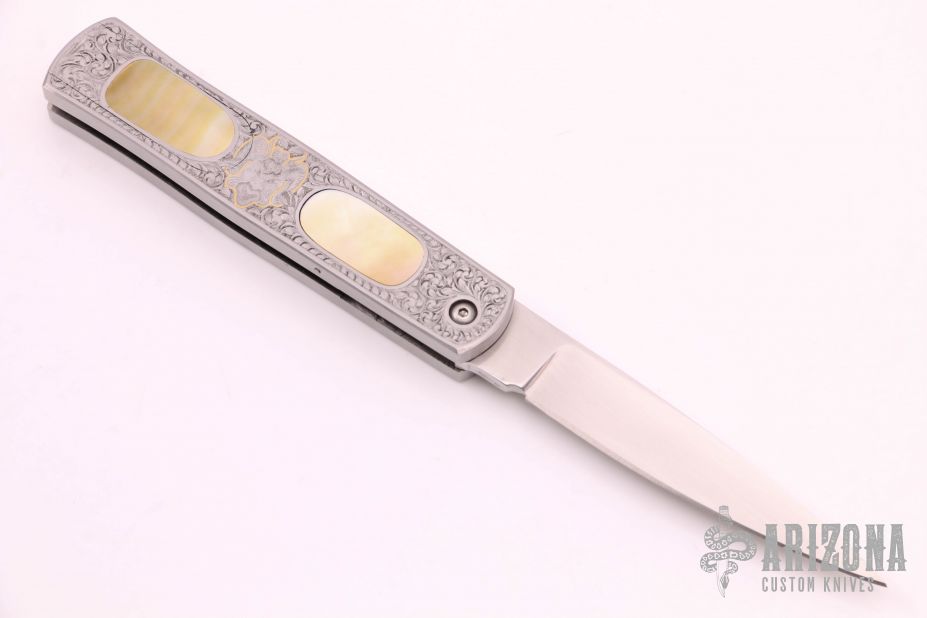 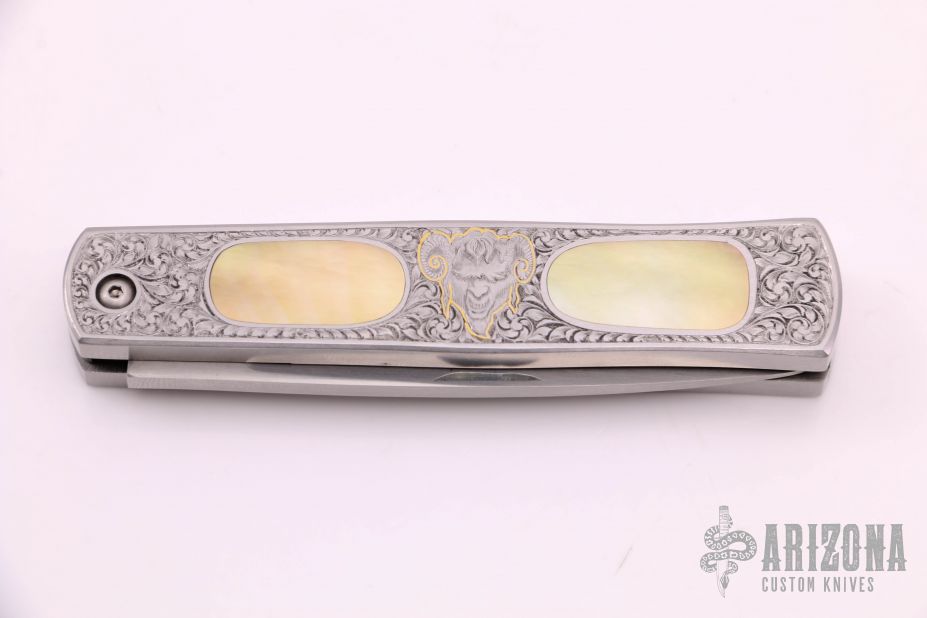 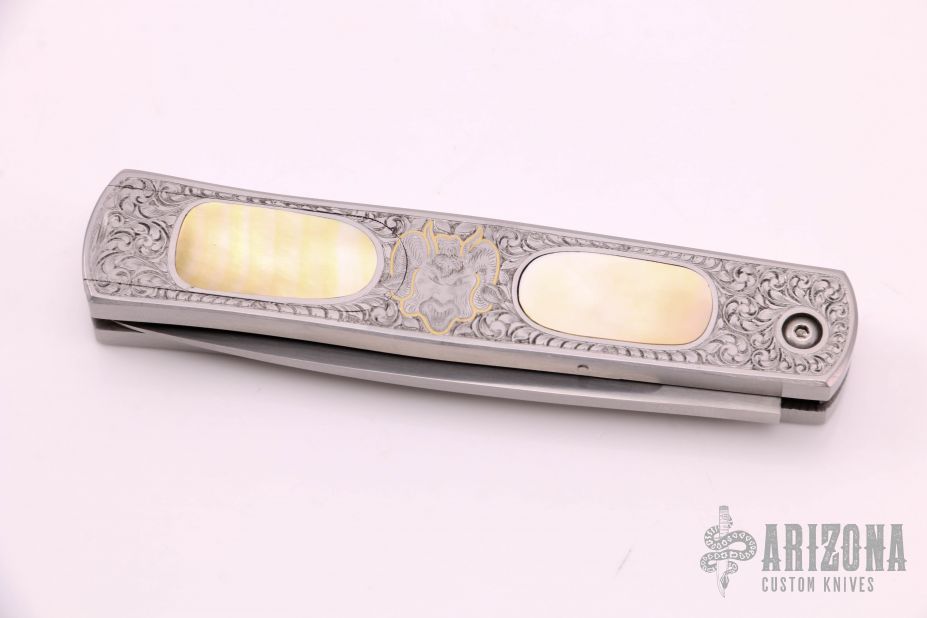 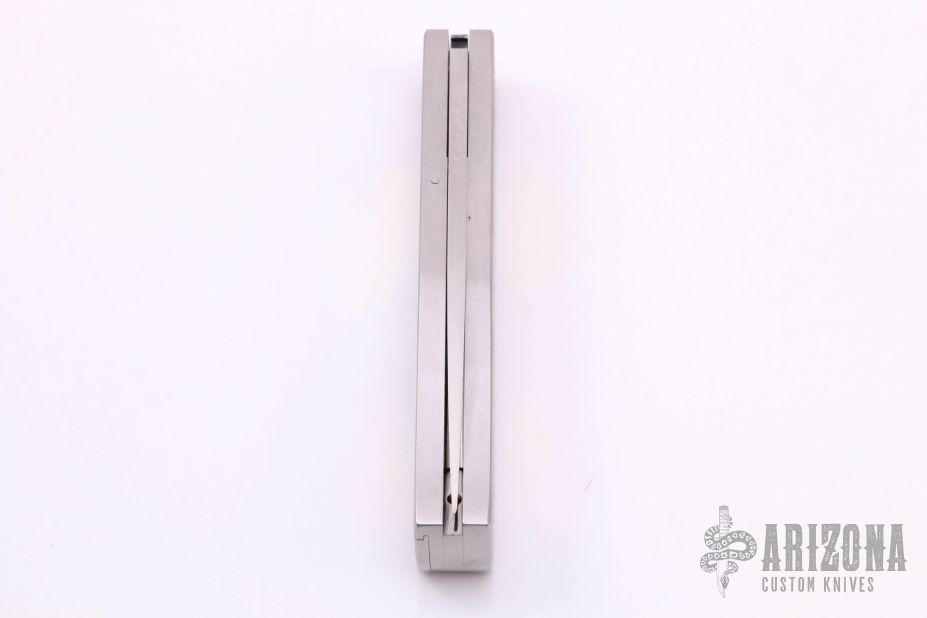 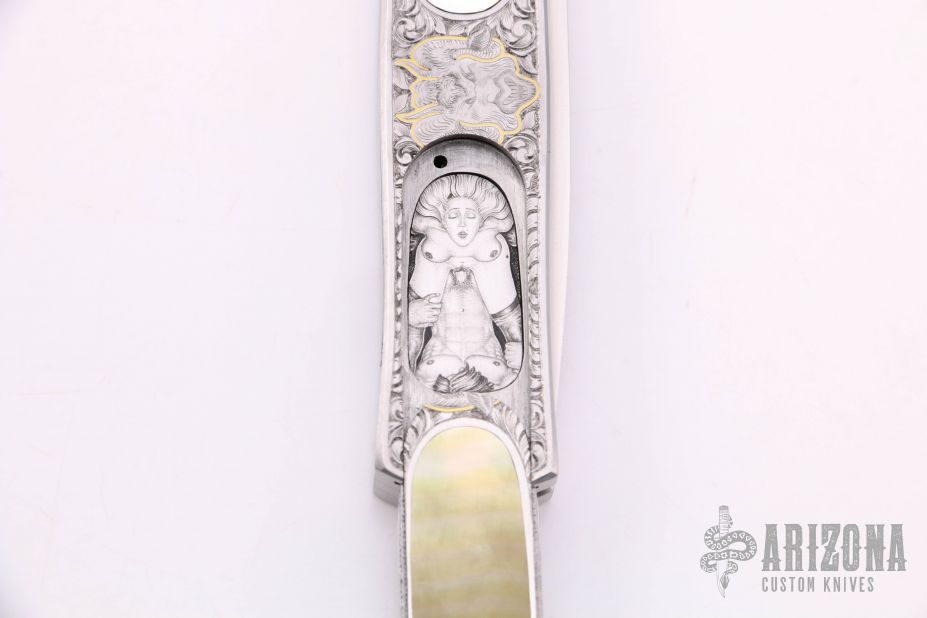 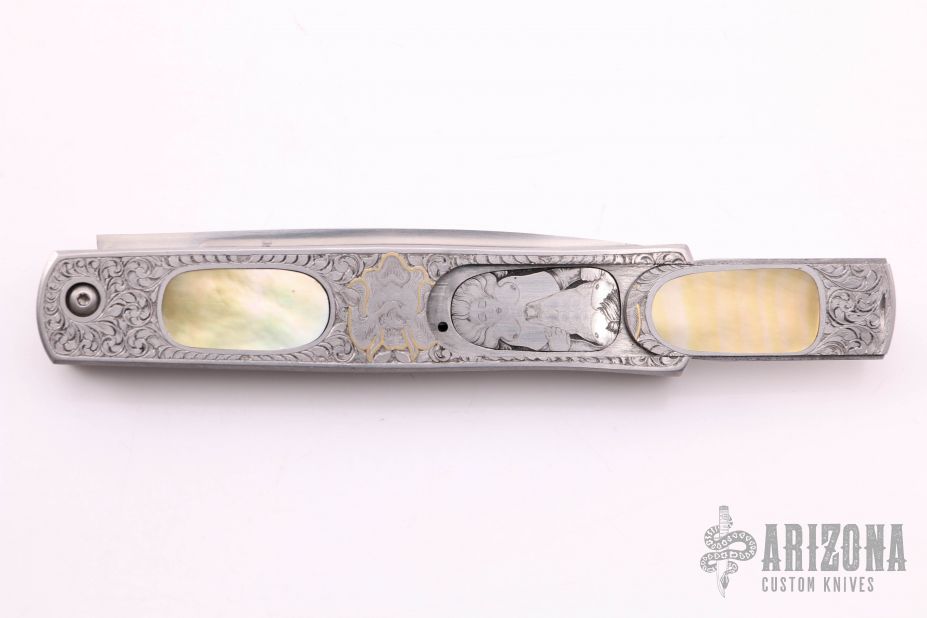 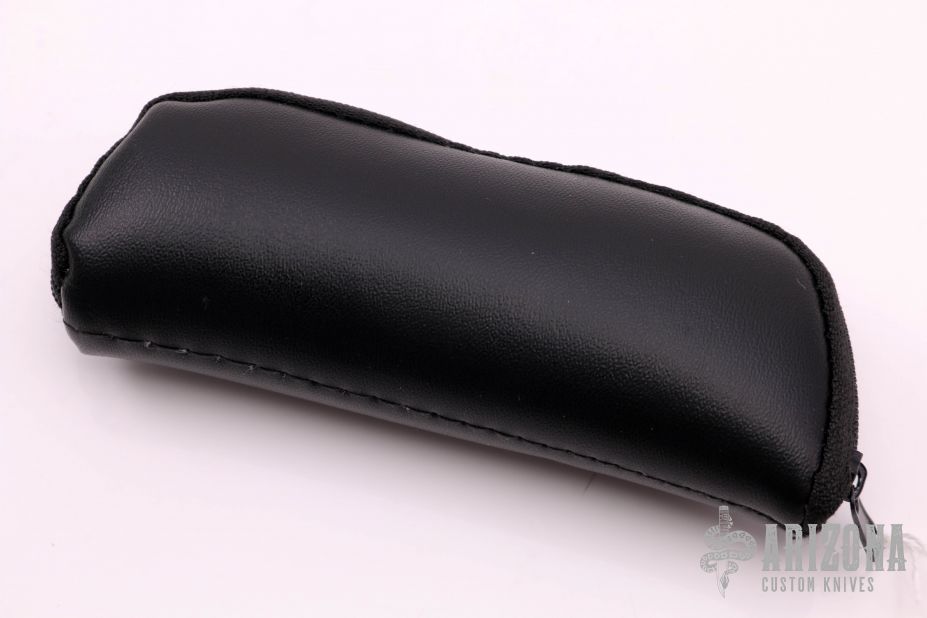 Get email notifications for Stewart, Chuck add to wishlist

This Hidden Release D/A Auto from Chuck Stewart features a drop point hand rub satin finished blade. The handle is comprised of stainless steel frame with gold lip pearl inlays with radiant rings of rainbow colors. The top inlay on the left side of the handle is the hidden release, it also has to be pressed when closing the blade. The inlay underneath that is the "Pocket Locket" with an engraved scene underneath. The handle has been engraved and has gold inlays. Comes with a zippered case. Nice action and blade seating, has a little vertical blade play when open. Otherwise in excellent condition. Spine of blade reads "C.S. for B.S."

Note from the consignor:

On the original sales receipt from Don Mendleson's famous "Barrett~Smythe" New York gallery for the sale of the Chuck Stewart PROTOTYPE #1 "First Ever Made" dual action automatic lock back "Pocket Locket" made for Don Mendleson that sold for $10,000.00. I received this copy from custom knife purveyor Gary Levine. He will explain the important historical value of this knife to anyone interested. On the blade spine you will see C.S. for B.S. Why Don Mendleson did that like that remains a mystery to me. Only Chuck Stewart, Don Mendleson, Jon Robyn or Durvyn Howard would perhaps know why ?

In 2007 I spoke with Jon Robyn about the engraving. He told me that the engraving under the pocket locket panel with the nude is his engraving and the exterior engraving was done by Dan Wilkerson.

Stealth model with a right hand index finger release inlay. This is not a left-handed auto. Chuck made these to be inconspicuous stealth double action automatic's.

The knife was made for Don Mendleson, owner of Barrett~Smythe, then sold to Mr. Cole after the piece was engraved. Mr. Cole passed away and his son inherited his father's knife collection, then took them to Gary Levine who bought the collection, and I acquired the knife from Gary Levine.