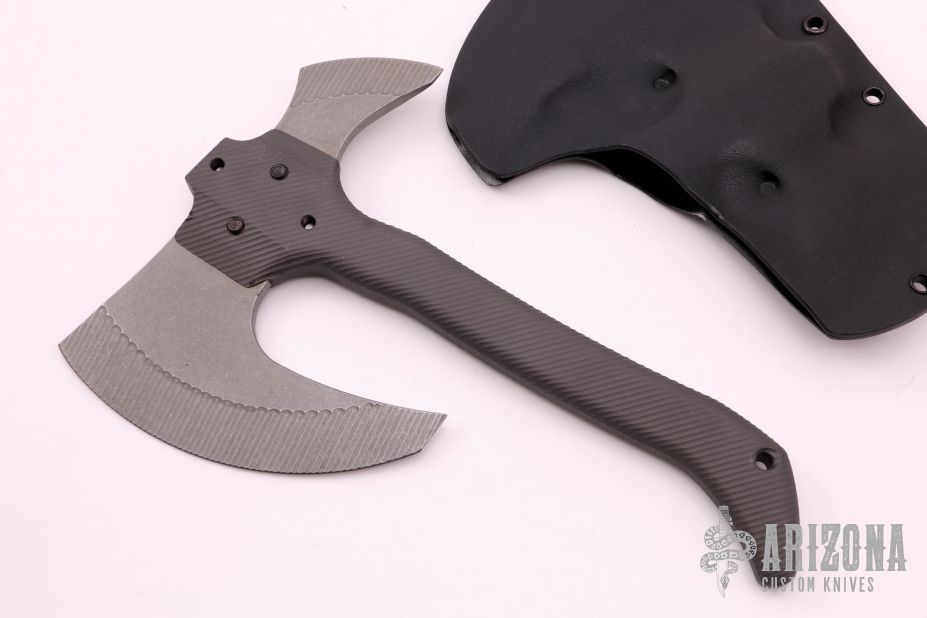 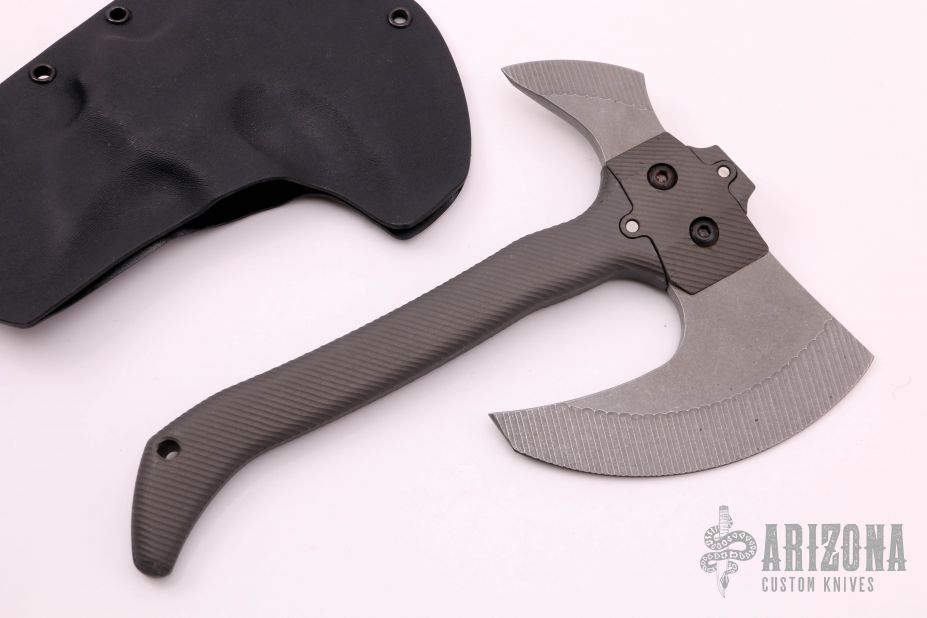 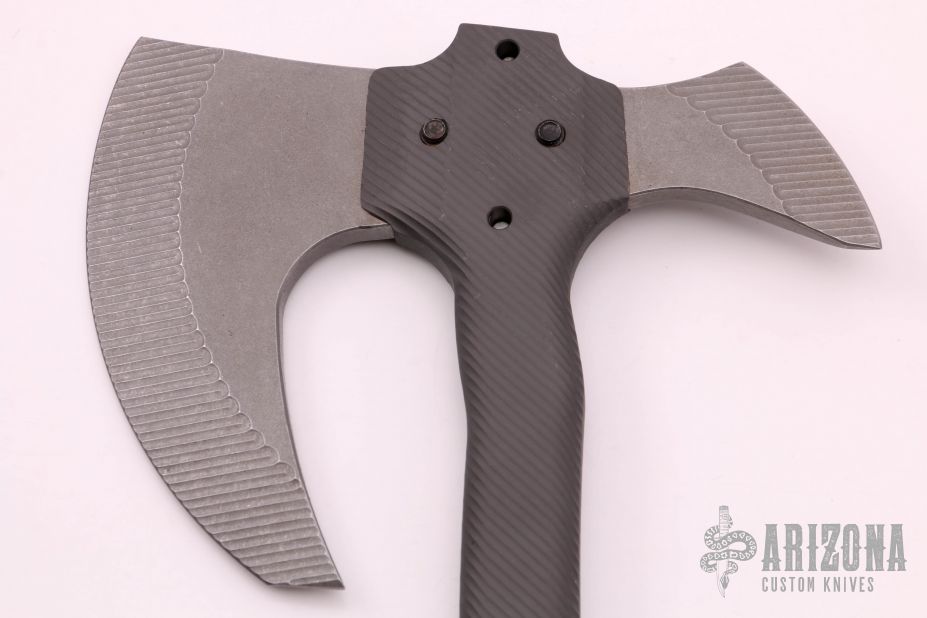 Get email notifications for Hoback, Jake add to wishlist

Years back – 13, to be exact (wow! I feel old now) – I drew up the logo that would stick with Hoback Knives ever since. About 2 years into my part-time knife-making career, I made a couple of full-sized representations of my axe logo (they were interesting, to say the least!). But as time progressed I found I had less and less time to build axes/swords/choppers, and my focus changed to folding knives. Fast forward to 2016… I get asked constantly if I make a representation of my logo anymore, and the answer has always been YES – not yet, but someday!

Sometime in mid-2016, I decided that my next project in the shop would be unlike any other I have tackled to-date. I wanted to make my Axe logo, but I also wanted to bring something completely new to the already crowded combat/tactical tomahawk market. Something no one else has done…something “Modular.” Not just an axe… Not just a breaching tool…  But something to suit both functions – and a whole lot more!

One huge problem I have found in life is that no one thing does everything well. Look at multi-tools, for example. I love them, but most times it would be much better to have a screwdriver and a pair of pliers than just a multi-tool. Kind of squares with the “Jack of all trades and master of none” mentality.

So, heading to my trusty computer to come up with a killer design was a daunting task, to say the least. As you know, I can’t bring myself to make anything subpar, or something that doesn’t outperform the task it was designed to do (just watch some of my Asinine Testing Videos for some evidence of that!).

So, in the spirit of making a Jack of all trades, I designed the Modular Combat Utility Tool (sounds cool, right? Maybe a little tacticoolJ).  It’s a mouthful, for sure, so I’ve dubbed it the MCUT, for short!

The base of the MCUT is a Type III hard-anodized, 6061T6 aluminum handle, and in total there are 7 pieces.

But this is not just a chunk of aluminum…!  At the top of the haft there is a precision-machined pocket that not only holds the dowels, screws, and cover plate, but they also allow you to make a multitude of different configurations for the tool’s final outcome and use.

If you order an axe from this run, you will get our signature axe head, and after that we plan on selling limited releases of different heads for different tasks – to include:

Expect videos of each head as it’s being tested! 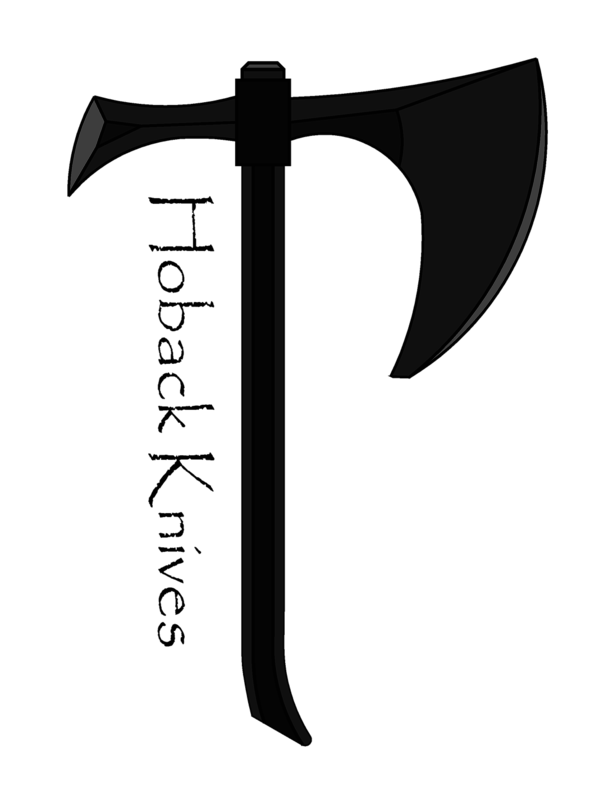 I'm an 80's kid, and always searching for information. I started making knives back in 1990 in my back yard pounding out knives on a huge chunk of steel with a framing hammer and fence post nails. Went from there, to working in the summer time with my best bud at his dad's blacksmith shop in Virginia City, NV. From there on out I was hooked. I started professionally making and selling knives in 2003 and have been on a roll ever since. If you want to know my back ground, youll have to get to know me. All you have to know is this: I can break a steel ball in a rubber room. I make my knives according to that.