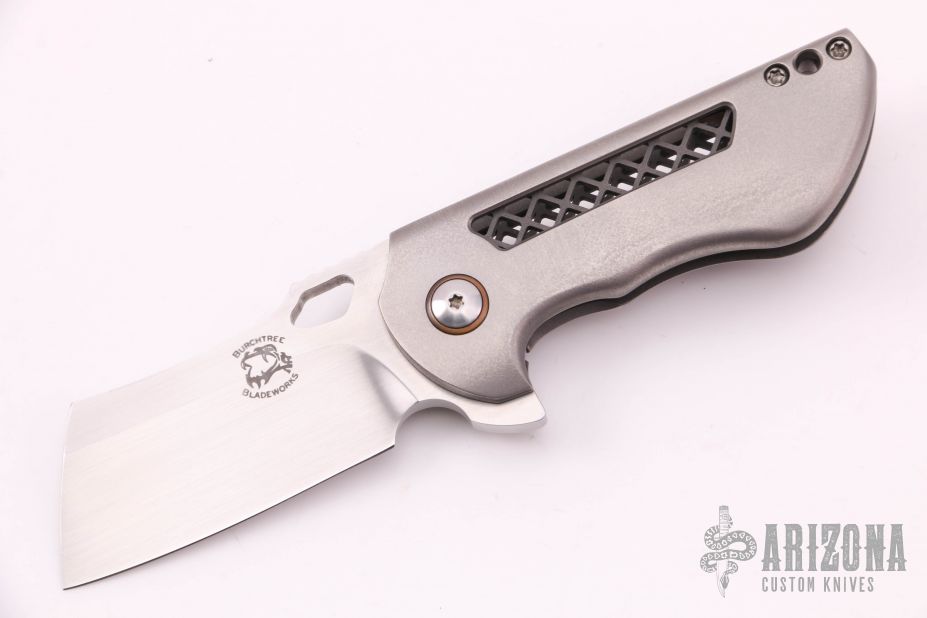 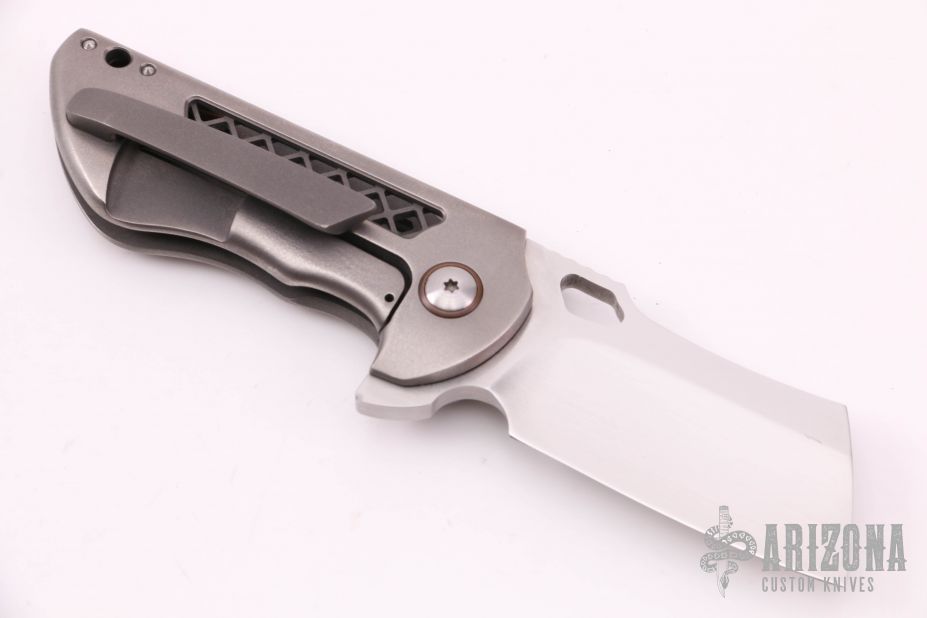 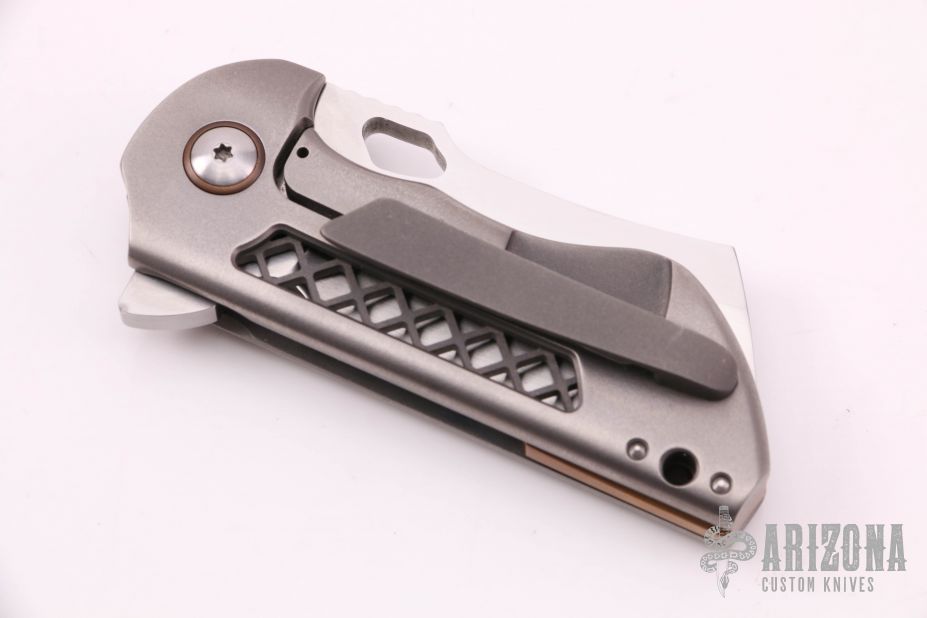 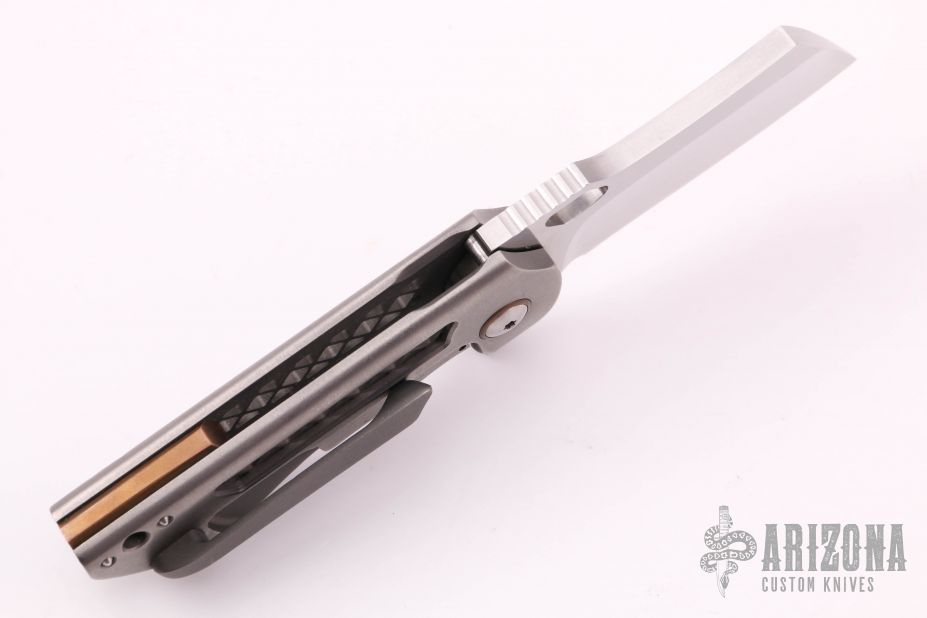 This Micro Dao Flipper from Michael Burch features a clip point blade with notched thumbrest and flipper. The handle is comprised of an orange peel titanium frame, copper pivot collars and backspacer, tip up titanium clip with hidden screws. Rides on bearings, nice detent, lockup and blade seating. Comes with a knife case. Has a couple scratches on the blade and a couple light marks on the clip. Small ding in the flipper tab (b-side). Otherwise good condition.