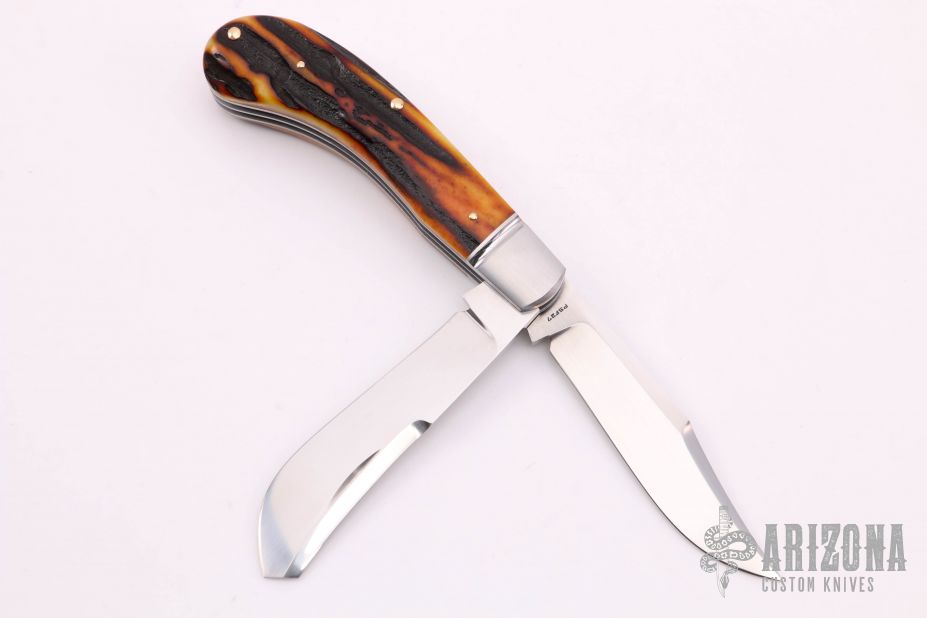 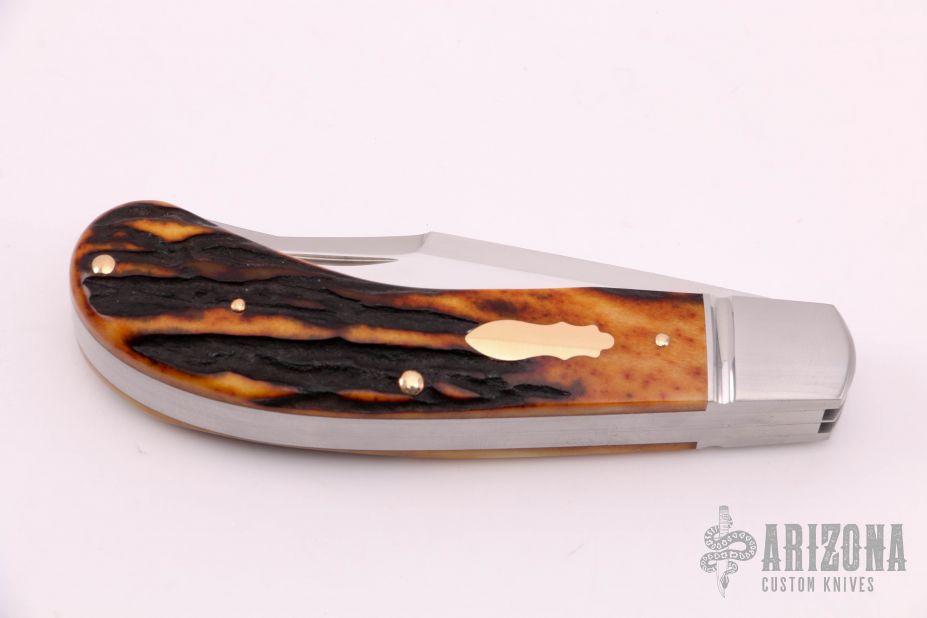 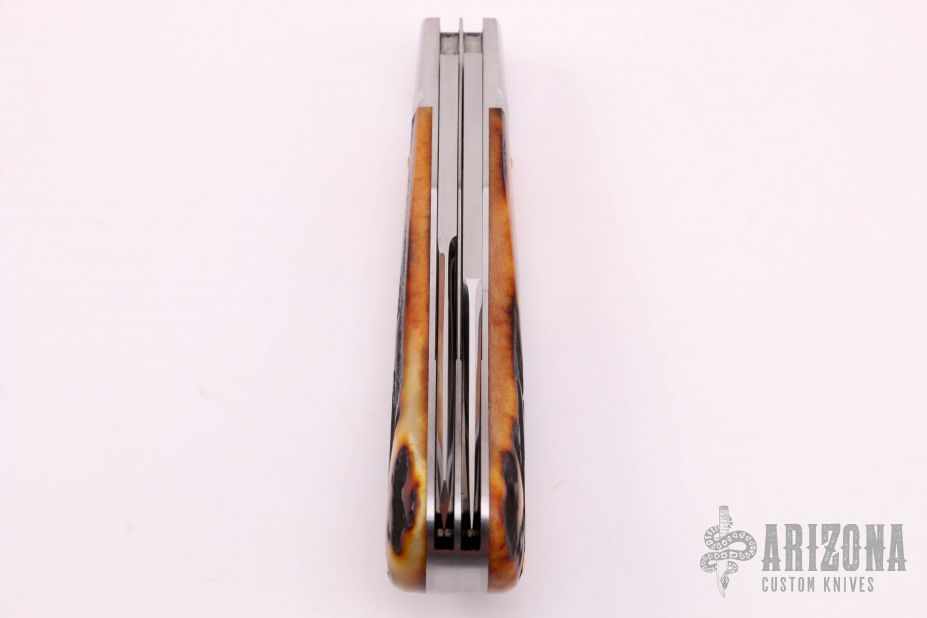 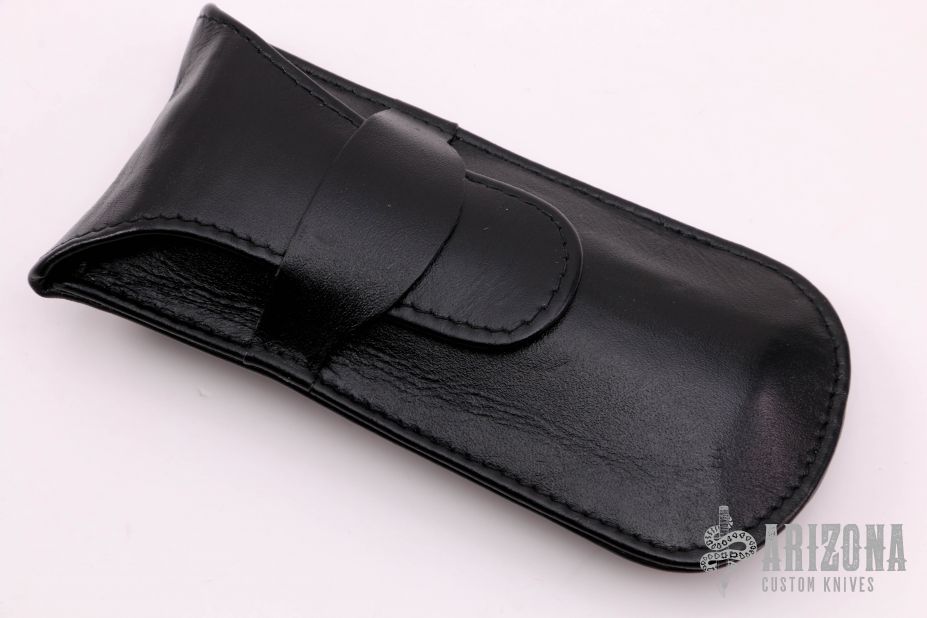 This Model 36B Cowboy Saddle Horn Trapper by Tommy Overeynder features 2 hand rubbed satin finished blades with nail nicks. The handle has 416 stainless steel fluted bolsters with integral liners, stainless steel springs, amber RJB jigged covers with 18k gold pins and escutcheon. Has half-stops and springs are flush at all positions. Comes with a black leather case. Has a few fine scratches on the spring, and escutcheon otherwise excellent condition. #001