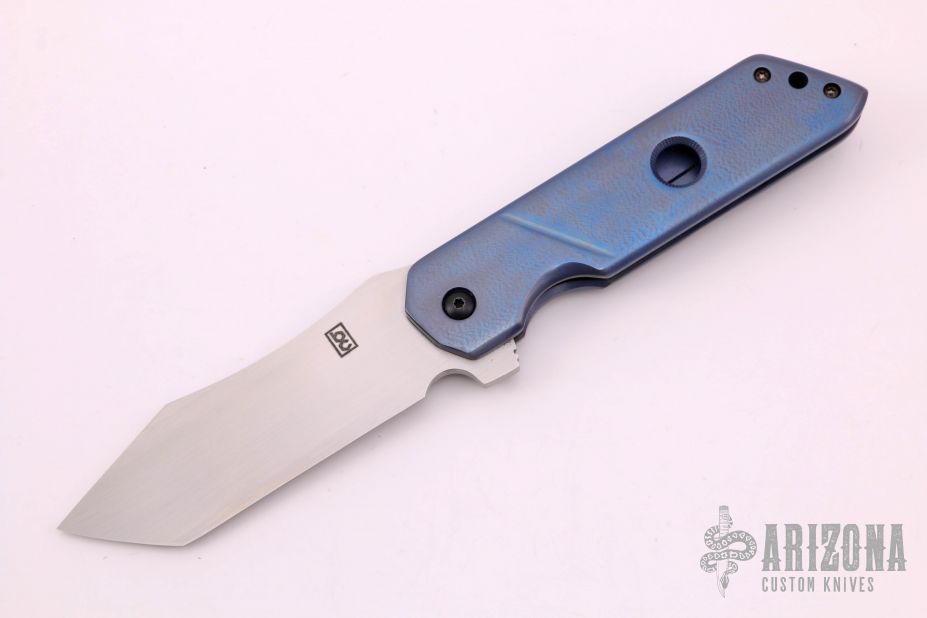 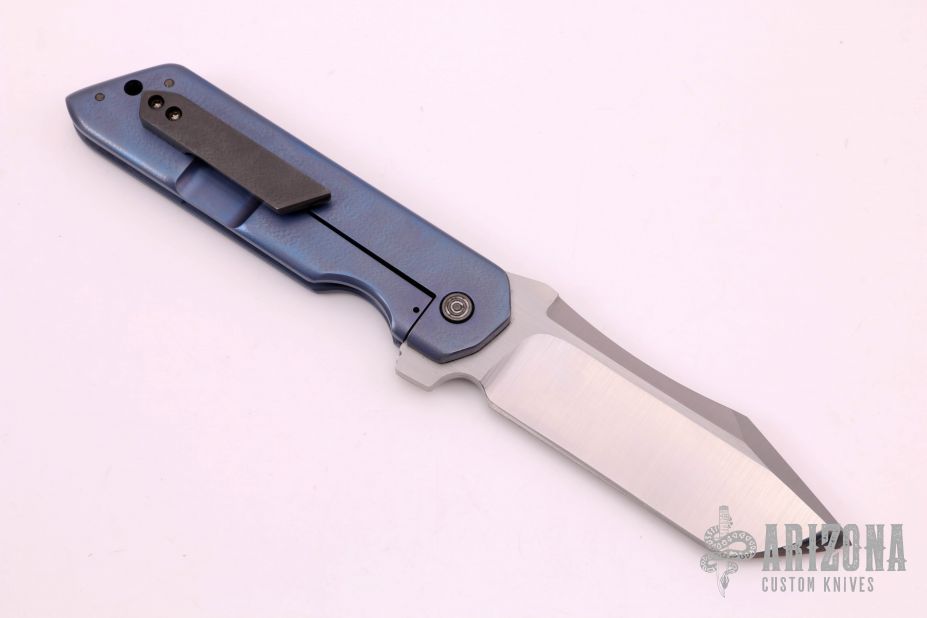 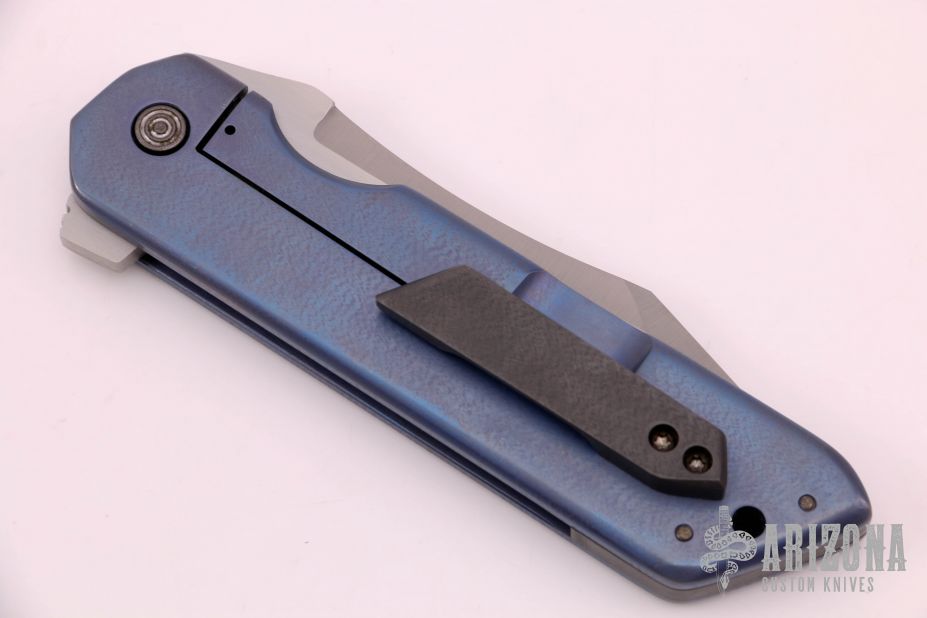 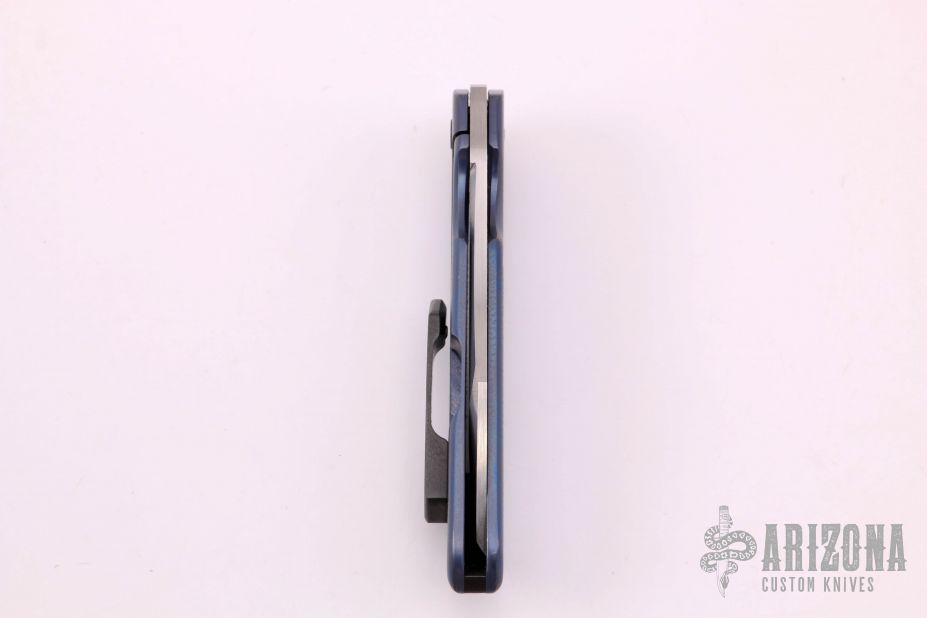 Get email notifications for Cho, Billy add to wishlist

This linerlock flipper by Billy Cho Knives features a satin finished chisel ground tanto blade with a notched flipper. The handle has an orange peel finished and anodized titanium frame with a zirconium tip up clip and backspacer. Nice detent, lockup and blade seating, rides on bearings. Excellent condition. Comes with a zippered case.

Born and raised in Las Vegas but now resides in Portland, Oregon. Billy’s work was originally acknowledged by the firearms industry. He is recognized as one of the predominant com-bloc weapons specialists in the country. He has since started his own firearms company, in 2017, called Iron Born Armory. It was through that industry that he was first introduced to custom knives and knife makers. Billy started making knives in 2014 under the tutelage of Sean Kendrick and attributes his growth in knife making to several of his knife maker friends, including Gerry McGinnis and the makers out of WTKMAOWT. Billy draws inspiration from the heyday of nerdiness, the gloriously nascent tech ascension of the '80s and '90s. Movies, comics, anime, manga, video games, and underground Hip Hop music are all the inspiration of his knife making.