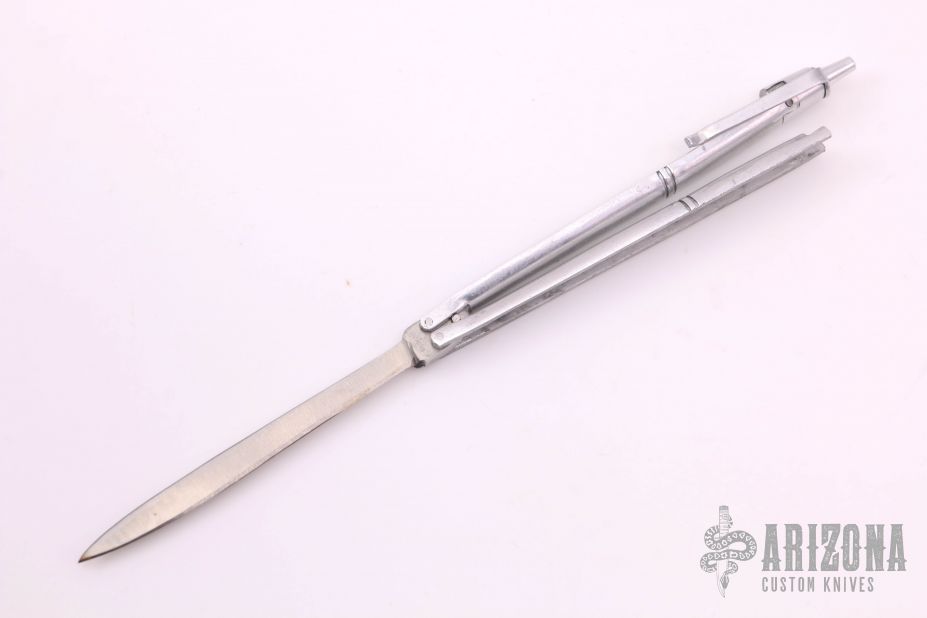 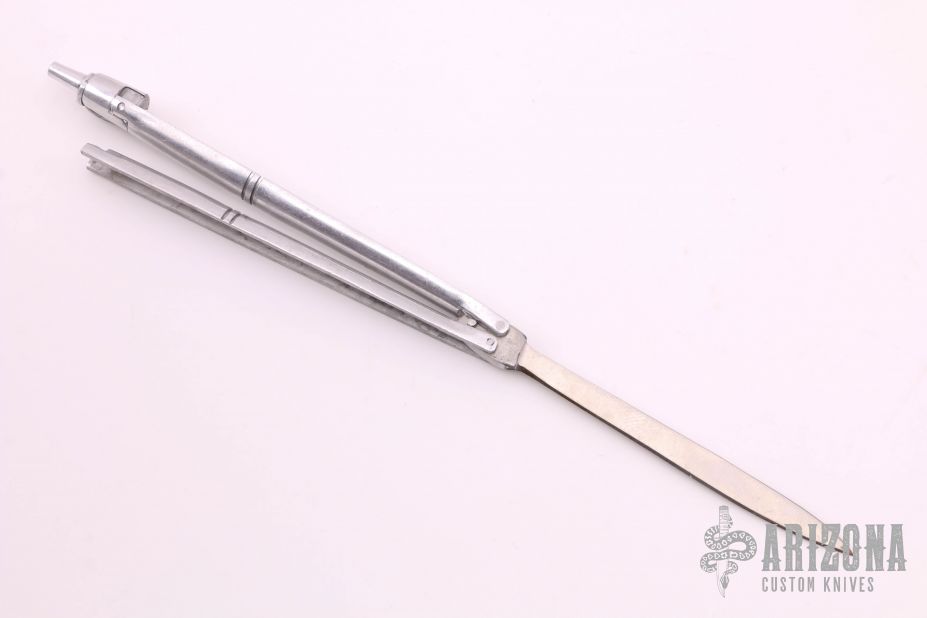 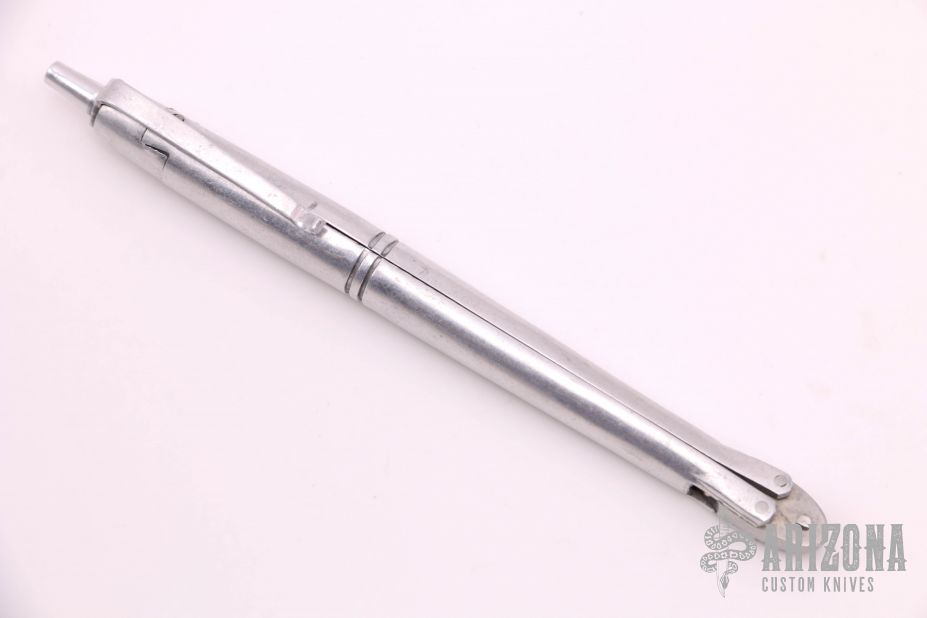 Get email notifications for Philippines add to wishlist

A clever concealed weapon made in the Philippines during World War II, what appears to be a mechanical pen or pencil which instantly converts into a deadly "butterfly" knife. The weapon resembles a retracting-point pen or pencil. However, when the pocket clip is moved sideways, the pen splits vertically revealing a blade which can instantly be used with the flick of a wrist.

Unmarked butterfly knife modeled after a pen was manufactured in the Philippines as a private purchase escape and evasion weapon.  "Fighting Knives"- Stephens P.112  fig 564

Has some scratches, otherwise good condition for its age.