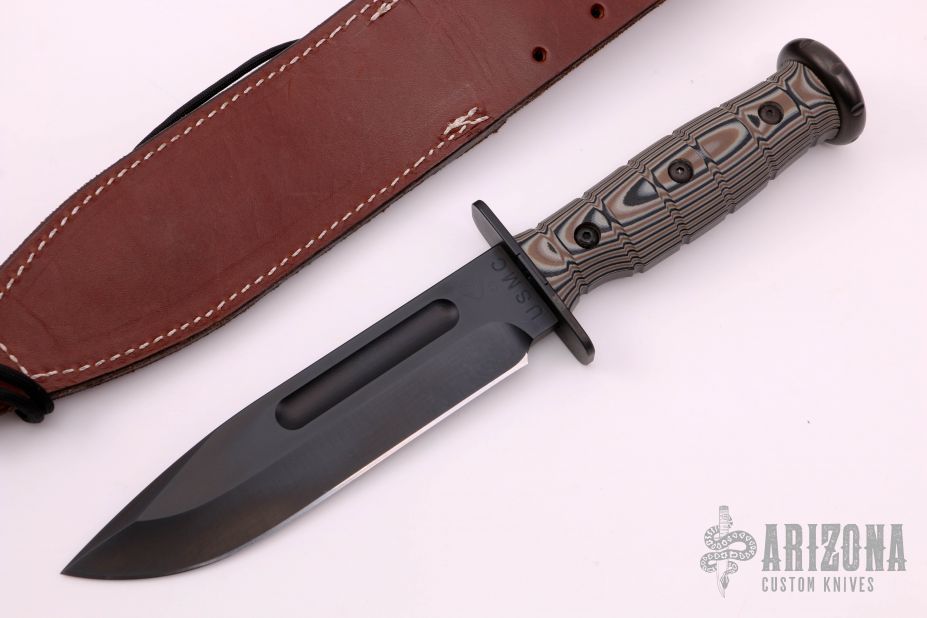 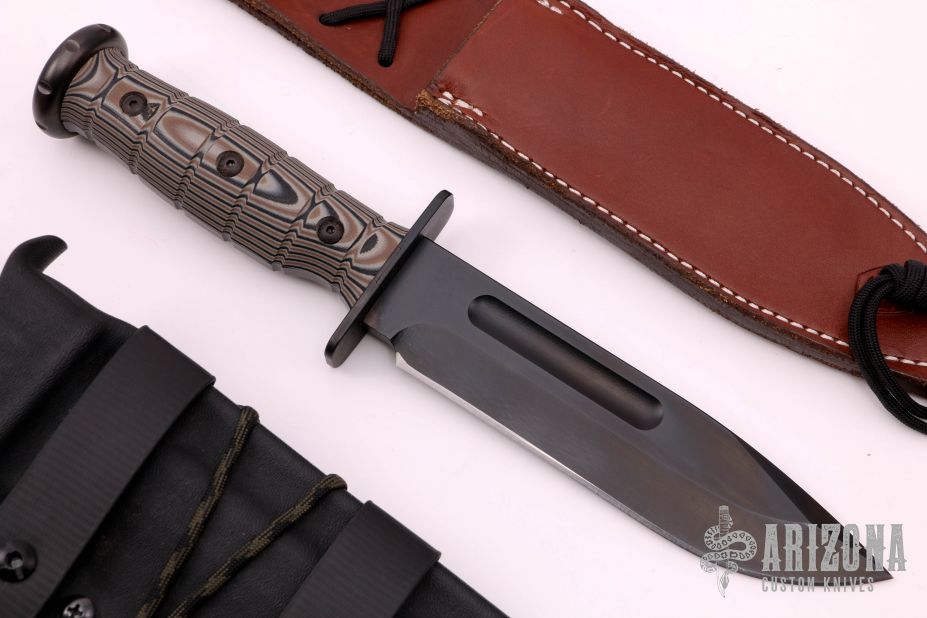 The Fighter™ is our modern enhanced version of the classic Utility knife made famous by the United States Marines . This fixed blade sports a .250” thick S35VN PVD blade, measures near 12” in total length, has 3-D surfaced multi-colored G-10 scales, a 2-piece interlocking Ti PVD hilt and solid Ti PVD pommel. This unique full tang design has all the upside of a classic hidden-tang “slide-over” hilt construction with none of the compromises in strength…as you’d expect, a Medford through and through. With a custom brown leather sheath, a true 21st century fighting knife. Excellent condition. Comes with a brown leather sheath and a kydex sheath. Comes with a zippered case. 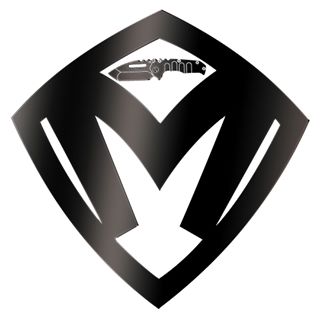