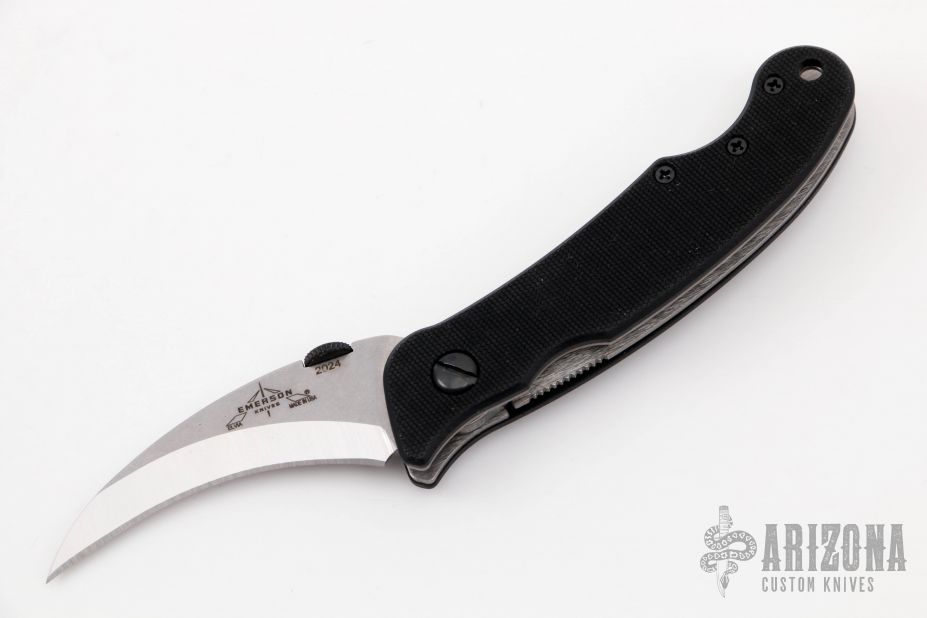 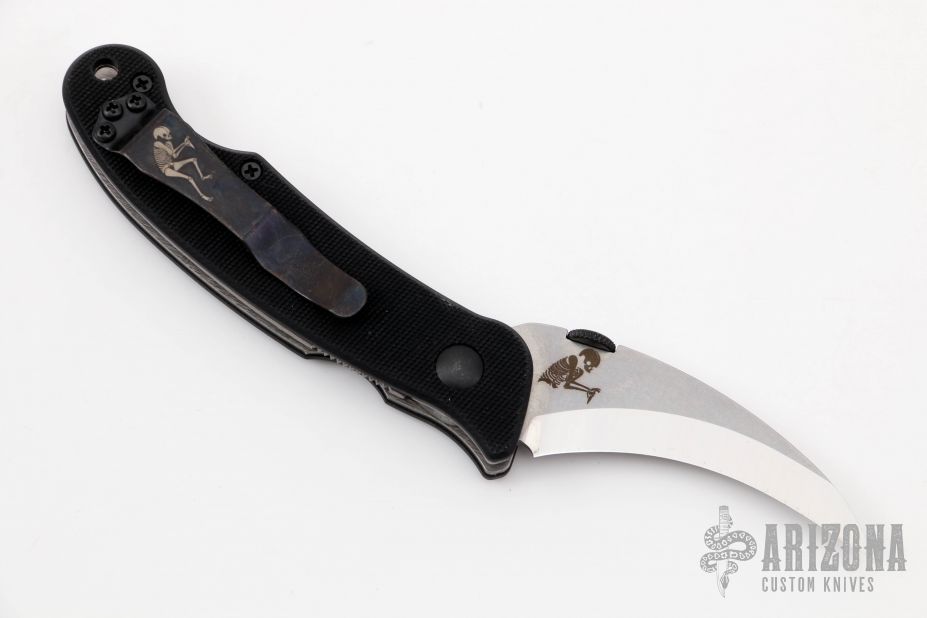 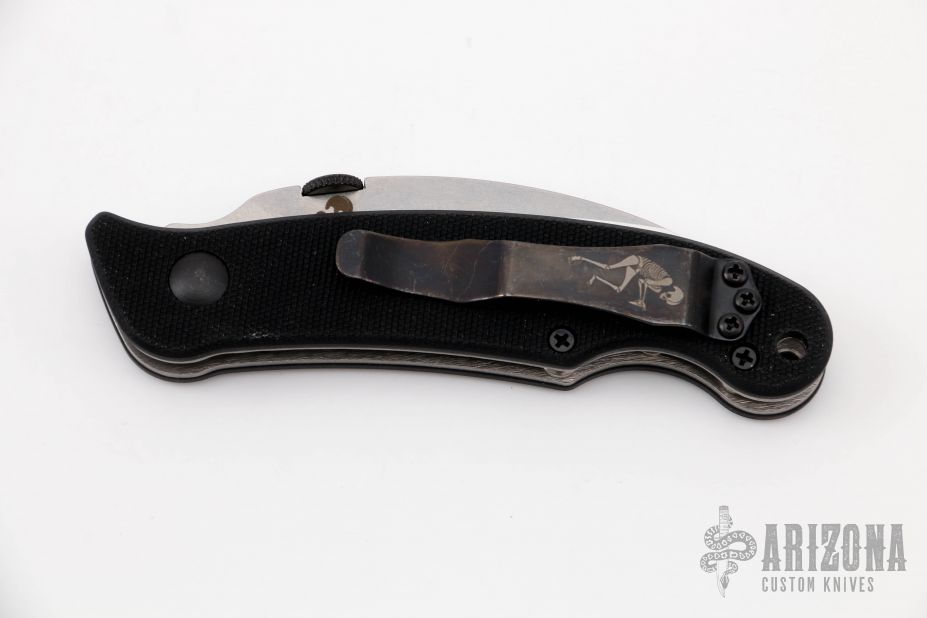 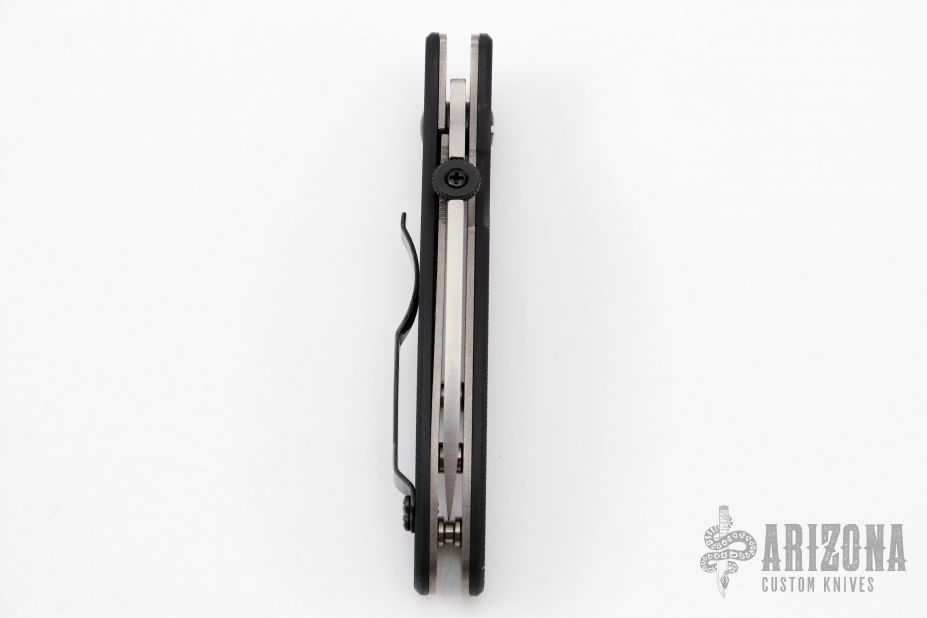 This Elvia by Emerson Knives features a stonewashed hawkbill blade with thumbdisc. The handle has black G-10 scales, titanium liners and a black stainless steel tip up clip with sneak reaper. Comes with original box and papers, and original Emerson clip. New condition.