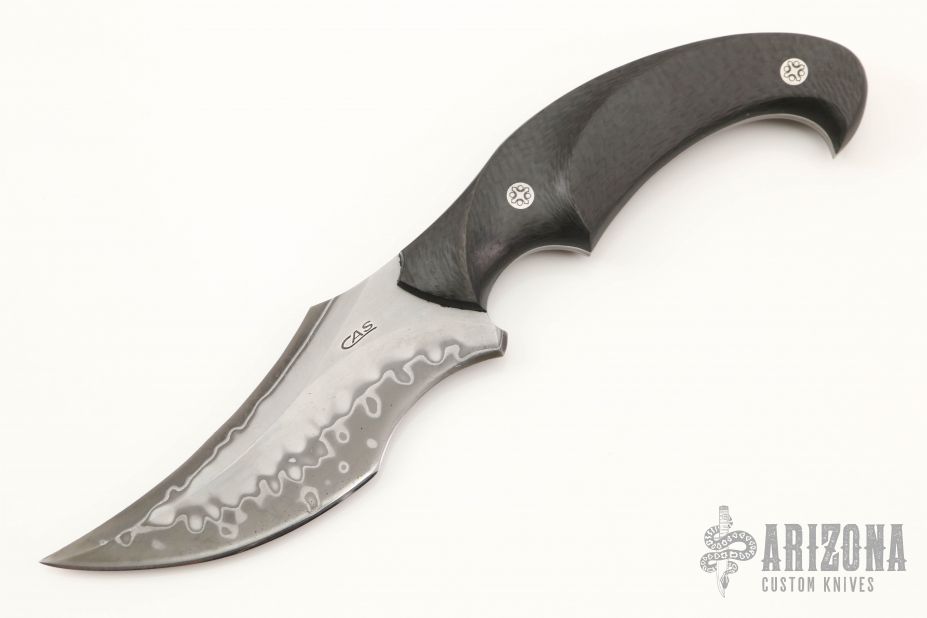 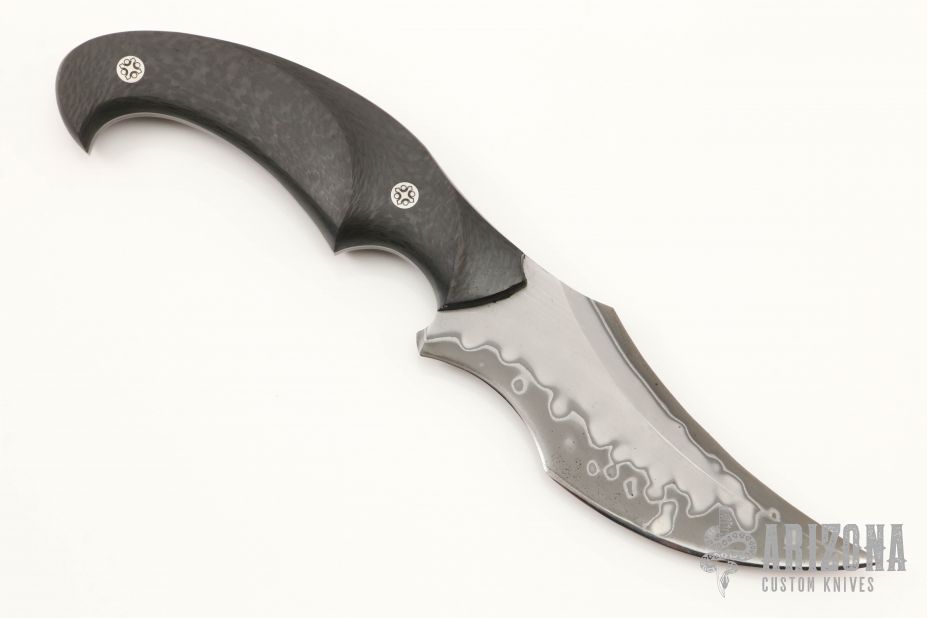 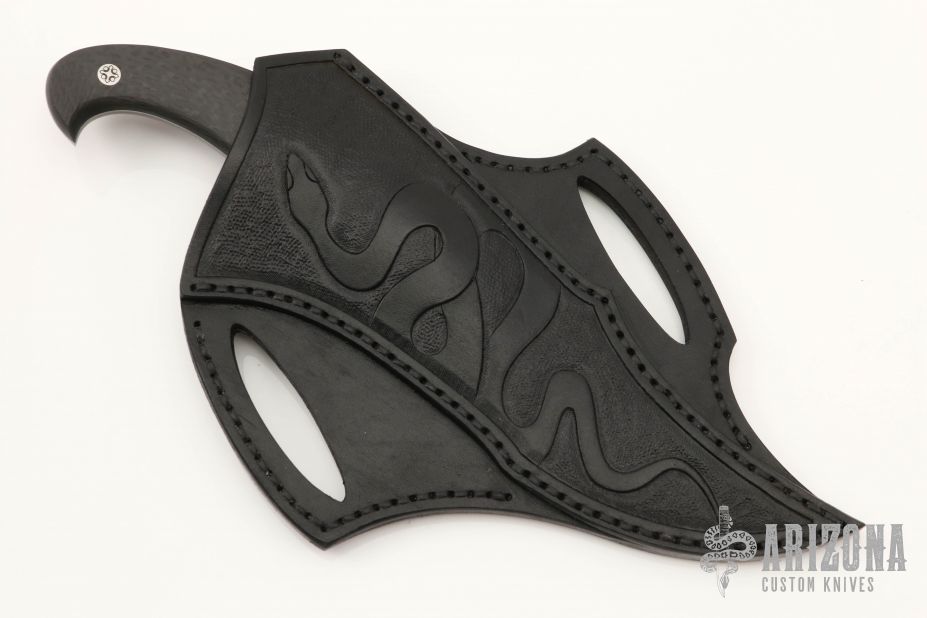 This Snake from the Sobral Brothers features their San Mai steel that has been forged into a beautiful finished product. Has a clip point recurve blade with a false top edge, .151" blade stock and 1.25" blade depth, full tapered tang construction. The handle features carbon fiber scales with stainless steel pins that have been laser engraved. Comes with a hand tooled black leather sheath and a leather zippered case. New from maker. 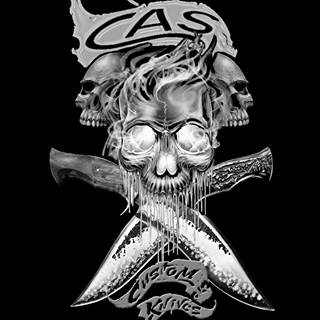