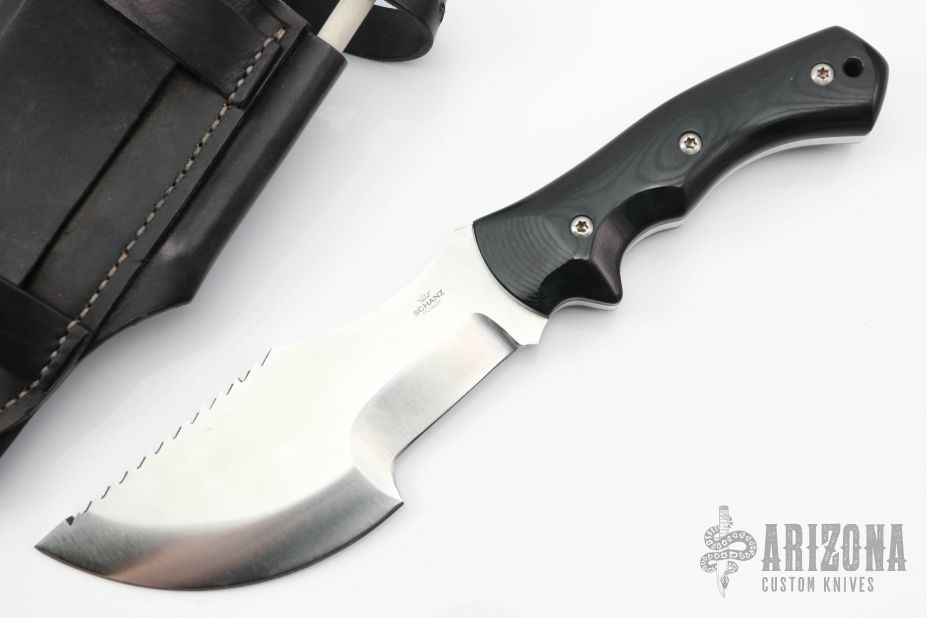 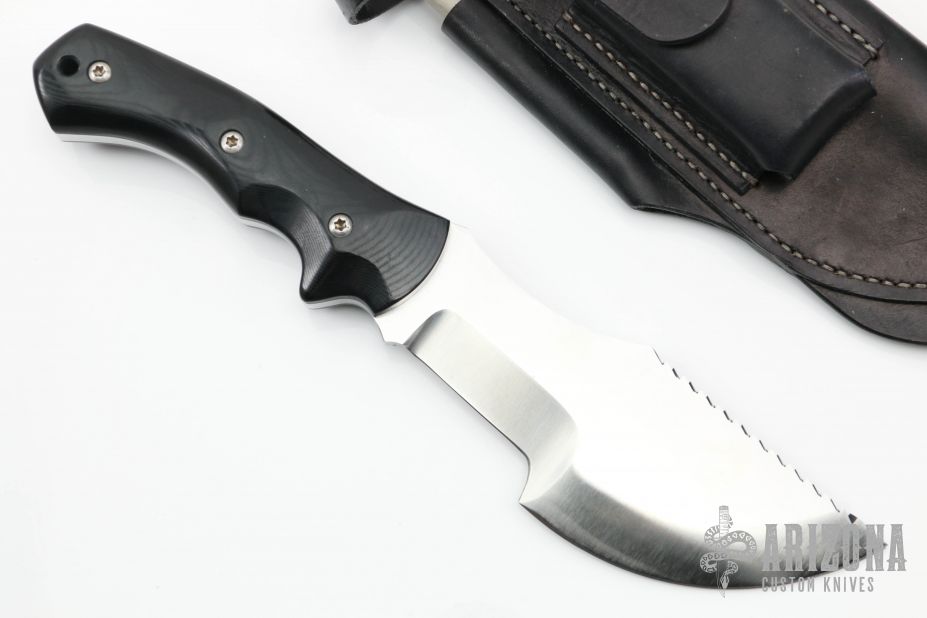 Get email notifications for Schanz, Juergen add to wishlist

This WSK by Juergen Schanz features a satin finished blade with sawteeth on blade spine, full tang construction with .250" blade stock and 2.554" blade depth. The handle has black linen micarta scales with a lanyard hole at the butt. Includes a black leather sheath with belt loop and sharpening rod. Excellent condition.

The firm of Jürgen Schanz has a long history of many years of craftsmanship experience. In 1969, the machine and tool sharpening company of Udo Schanz was opened, and it was here that Jürgen obtained his first experience with the material. This was the foreword for a success story, which is constantly writing new chapters up to this very day: Mediocrity is not an option for the successful knife maker. At 18, Jürgen began his apprenticeship in Esslingen and in 1991, created a flame dagger for which he was suitably praised; not only with his qualification papers, but also with the German national tradesman prize of 1992. Three years later, he qualified as a master smith (with merit) creating a superb and elaborate Japanese styled sword. In 1995, he was admitted as one of by now just over 100 members to the German Knife Makers' Guild, where he is now vice-president. His enthusiasm and expertise took him very early on in his career to international exhibitions: Munich, Lugano and New York have shown a love for his creations, which are often sold out within days, if not within hours. Whether for hunters or cooks, collectors or enthusiasts, Jürgen Schanz delights his clients with his graceful aesthetics and accomplished functionality. His unique pieces are spread across the entire world.