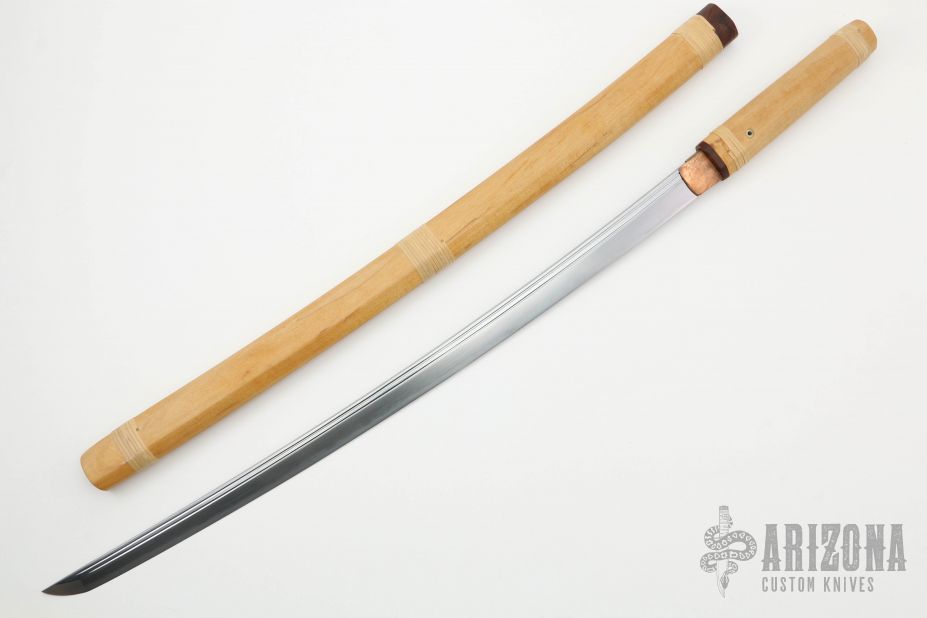 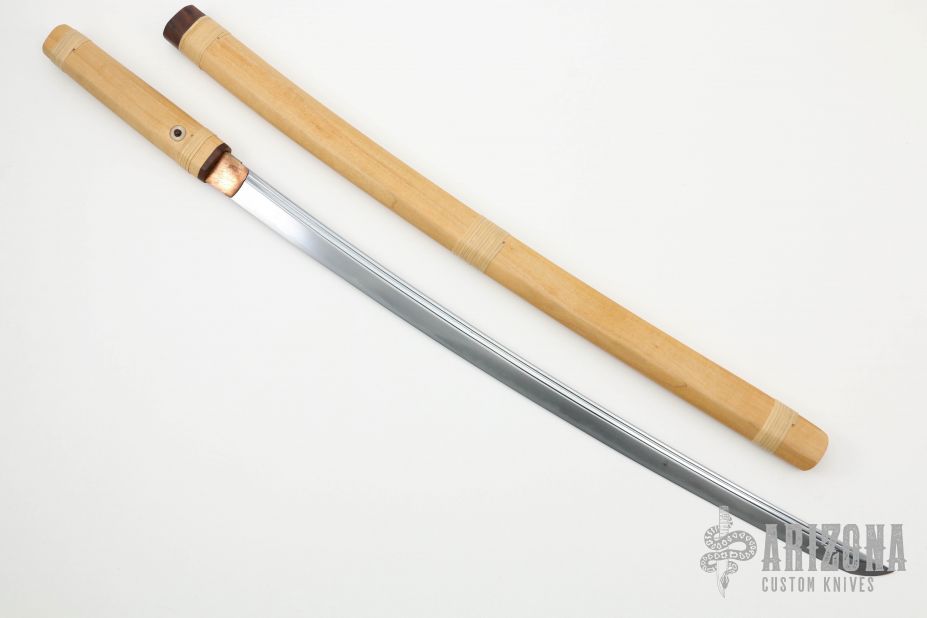 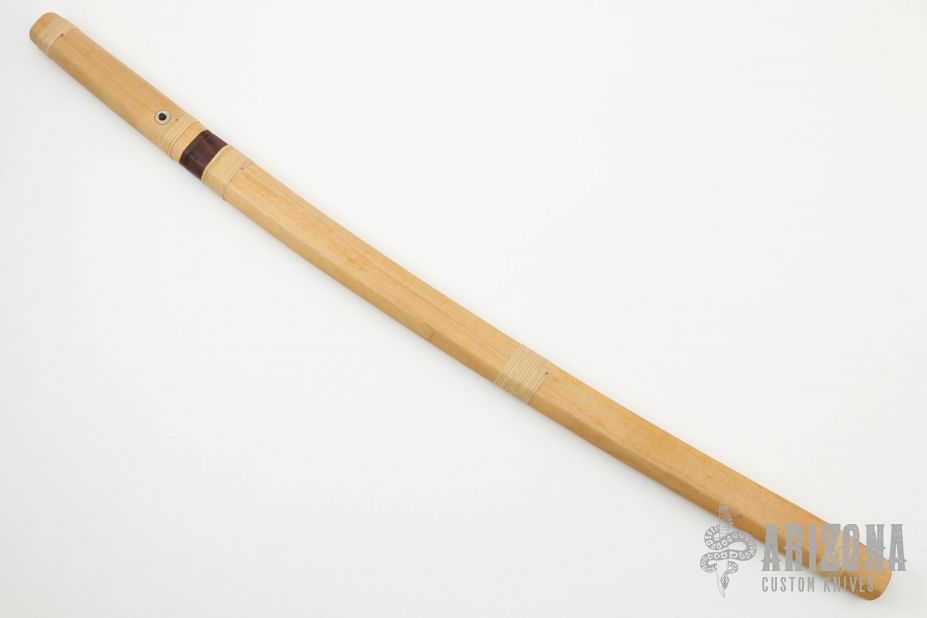 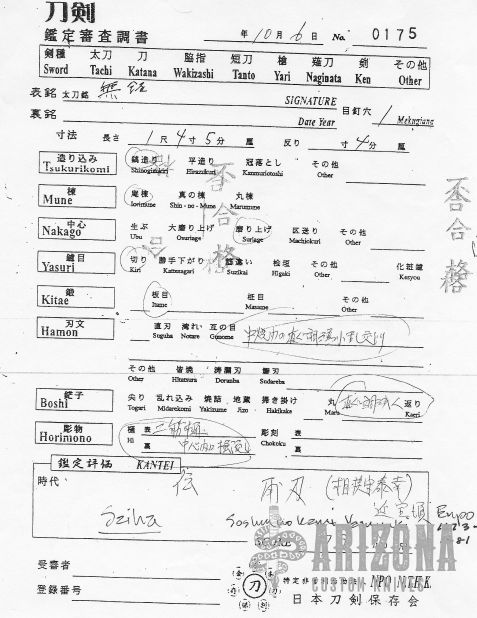 Get email notifications for Yasuyuki add to wishlist

A very well forged Shinto katana by Sagami no Kami Yasuyuki. No chips or scratches in the blade which is exceptionally sharp.

The katana was  examined by Japanese experts at the Nihon Token Hozon Kai (NTHK) Shinsa in Chicago. They determined  that it was made by Yasuyuki during the Enpo era (1673 - 1681).

They graded it 73 out of 100.  Normally all scores 70 and above can be documented with papers.   However, it was not recorded since they judged that it had been retemperd by an unknown smith after its original making.

There is some evidence it was originally a tachi (long sword) that was shortened to a katana.  After shortening it was retempered. Whether that retempering was done by Yasuyuki or by another smith is unknown.

●     Tang is funa-gata v-shape (Kengyo) with some file marks. The grooves continue into the tang which is some evidence that it could be a tachi shortened to katana length.

The blade is in an inexpensive shira saya (wood casing).

The following is a scan of the scoring documentation by  NTHK.