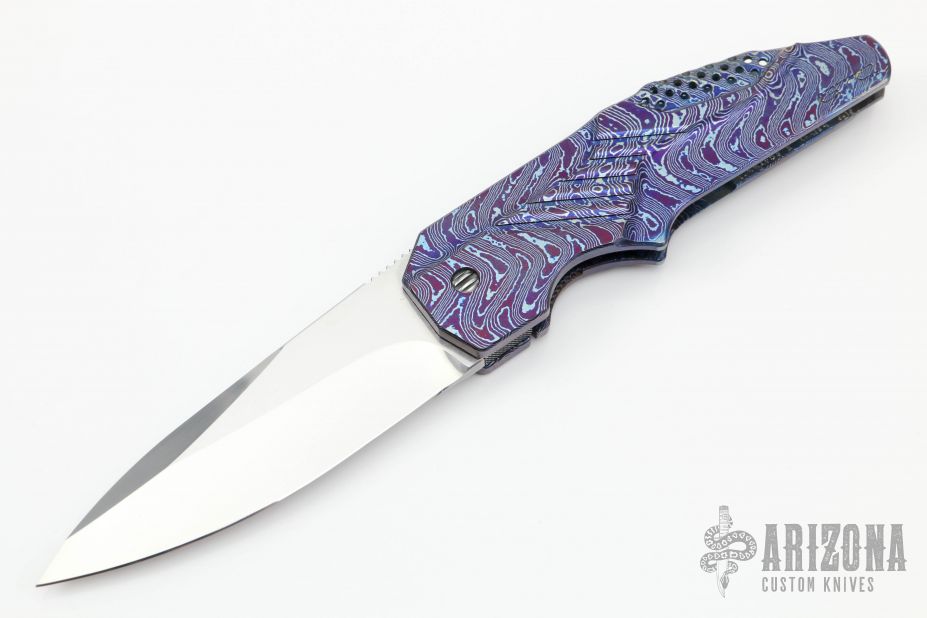 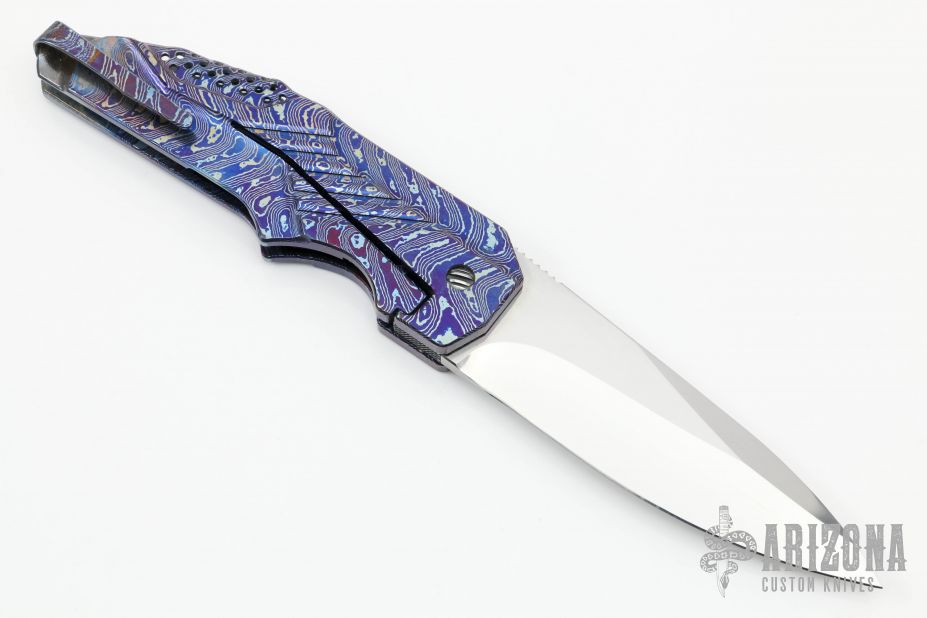 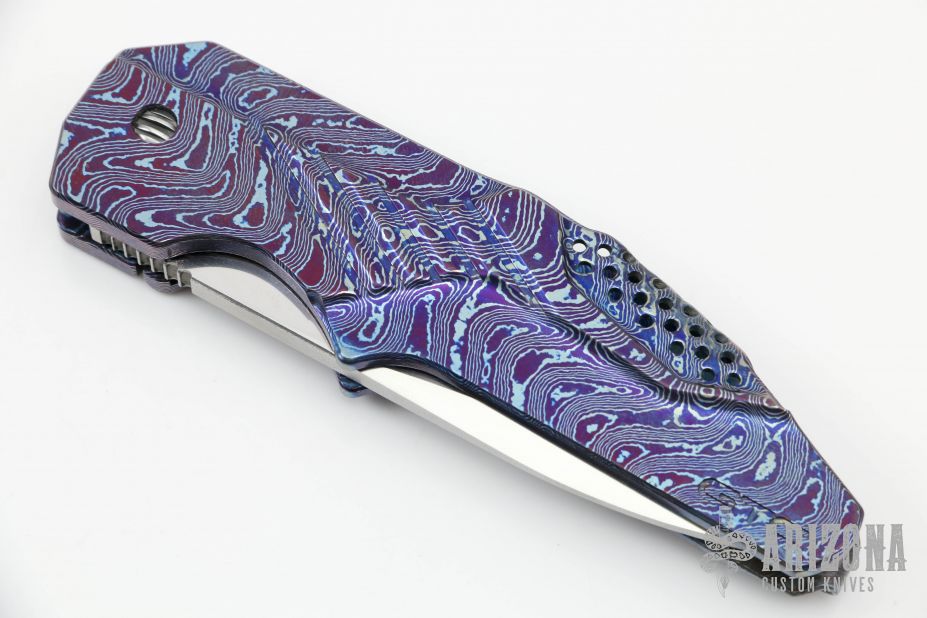 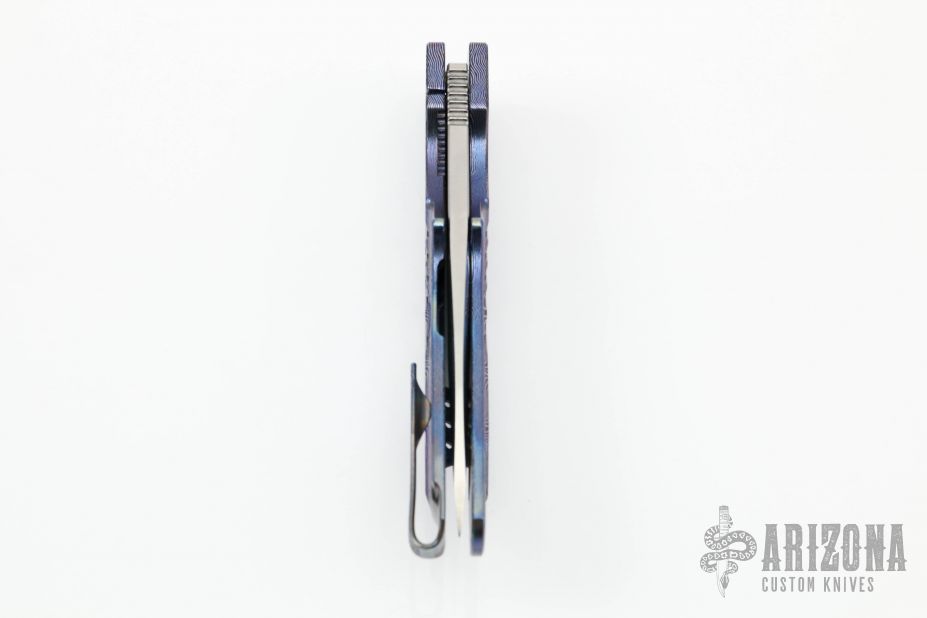 This Commando II SLT by GTC Knives features a hand rub satin finished blade with notched thumbrest and checkered flipper. The handle has an integral mokuti frame with integral clip. The handle was made as a flat piece, milled and then folded over as well as the clip. Rides on bearings, nice detent, lockup and blade seating. Dated 2018. Excellent Condition.