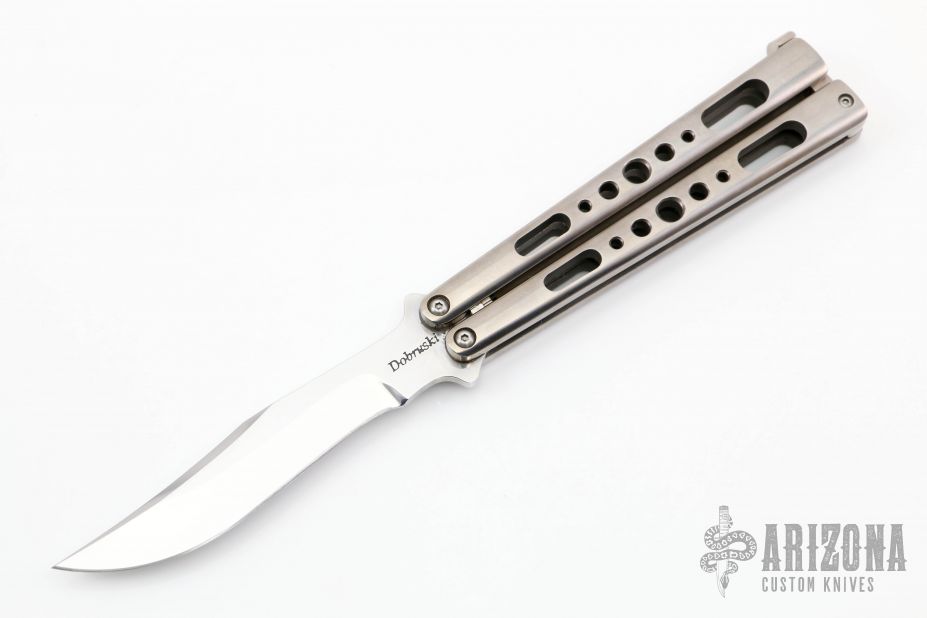 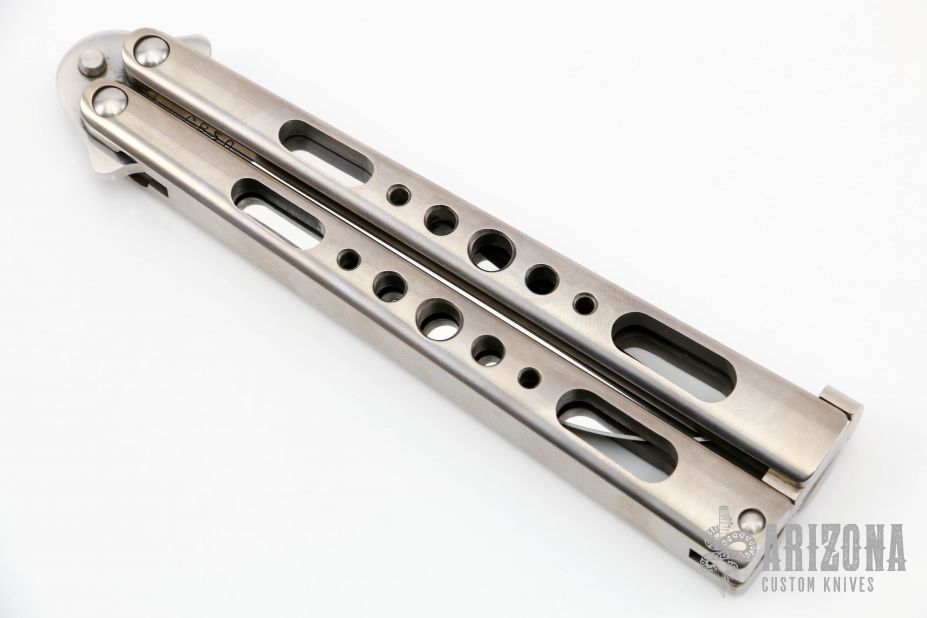 Get email notifications for Dobruski, Mauricio add to wishlist

This Balisong by Mauricio Dobruski features a mirror polish finished blade. The handles are a high satin finish full channel construction titanium with a matching T-latch. Comes with zippered case. Marked CB20 on the rear of the blade. Action is a little tight. Has some light scuffs and scratches throughout. Excellent condition otherwise.

Mauricio Dobruski's grandfather, a skilled gunsmith, fled World War II from Poland to Brazil. Mauricio's father learned the gunsmithing profession from his father, but he found that in rural, agricultural, Southern Brazil, there was more demand for plowshares than guns -- literally. So, he turned to plowshares and hoes eventually starting a manufacturing company producing such parts. At twelve years old, Mauricio started working in his uncle's gun shop. Between his father's factory and his uncle's shop, Mauricio literally grew up in machine shops surrounded by lathes, milling machines, grinders, saws, and all the tools and processes of knife making. But, he didn't try making a knife until his was eighteen years old. After three years, he started selling a few of his knives locally. In 1997 he became a full-time professional knife maker.