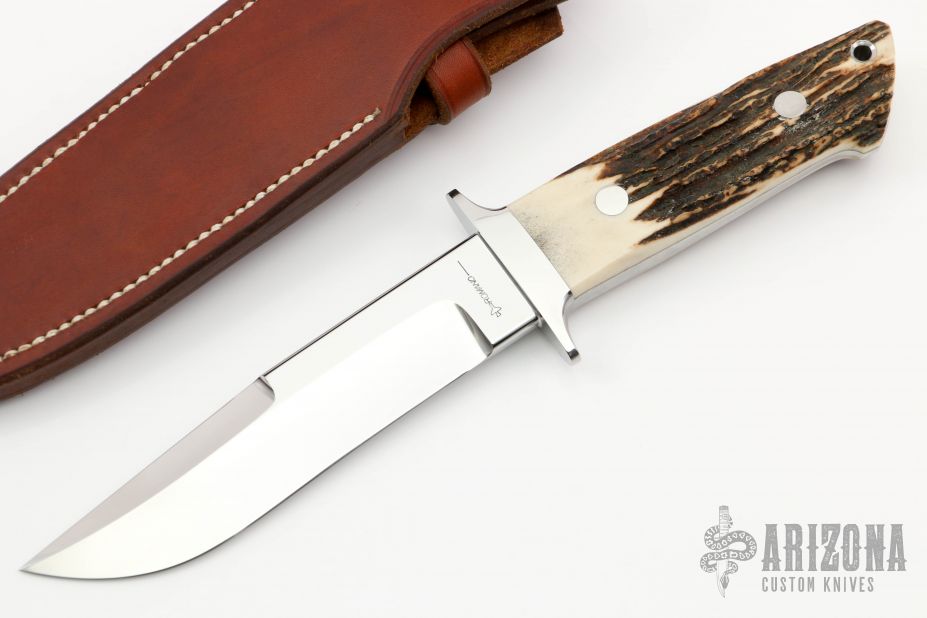 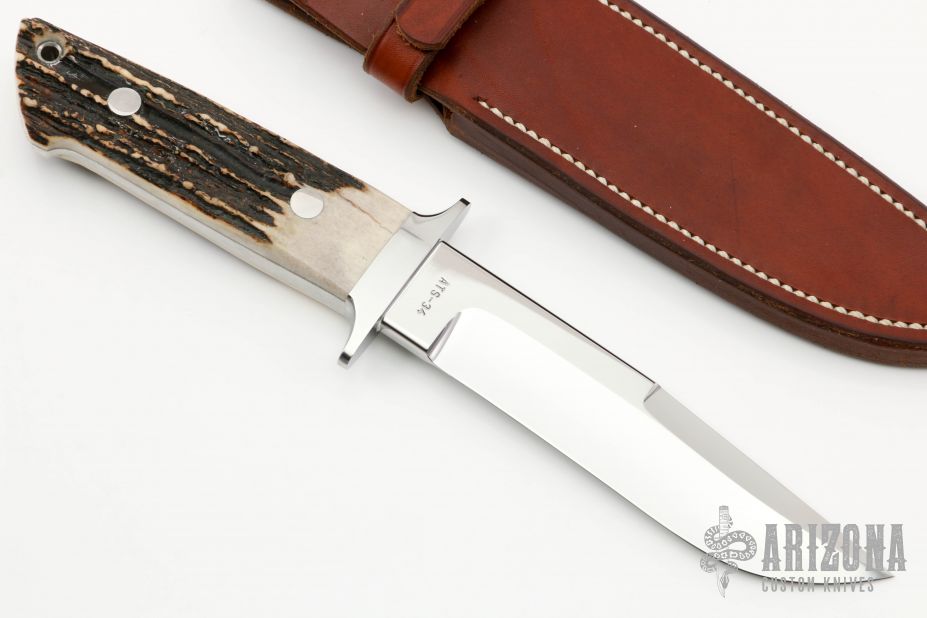 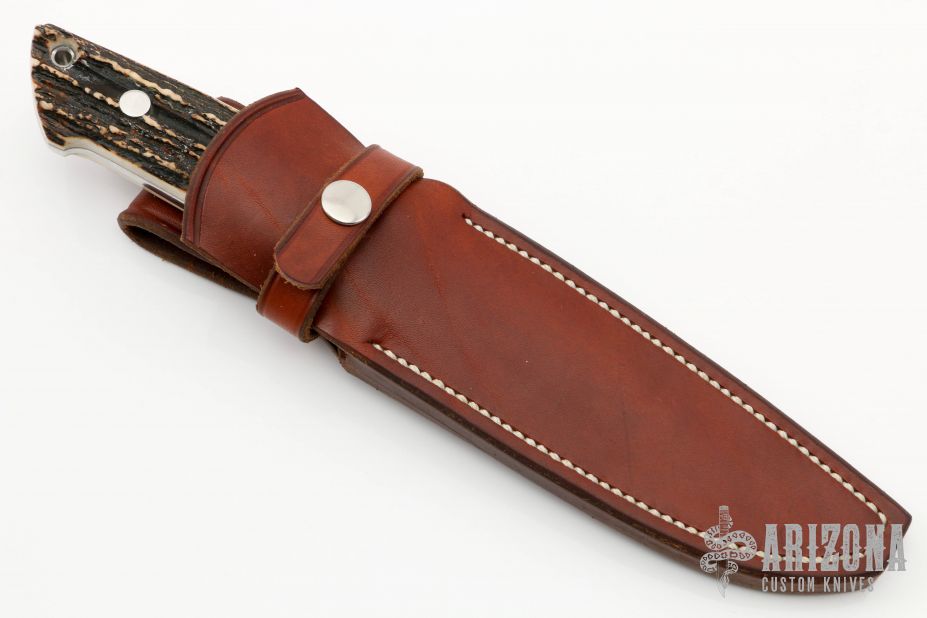 This chute knife by Ricardo Romano features a mirror polished clip point blade with a partially sharpened top edge and a tapered tang.  .250" Blade Stock.  1.130" Blade Depth. The handle has a steel guard and stag scales.  Includes a brown leather sheath.  The scales have shrunk a little.  Light scratches are visible on the guard otherwise the knife is in good condition. 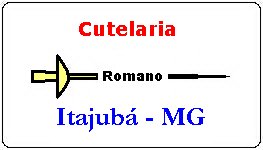