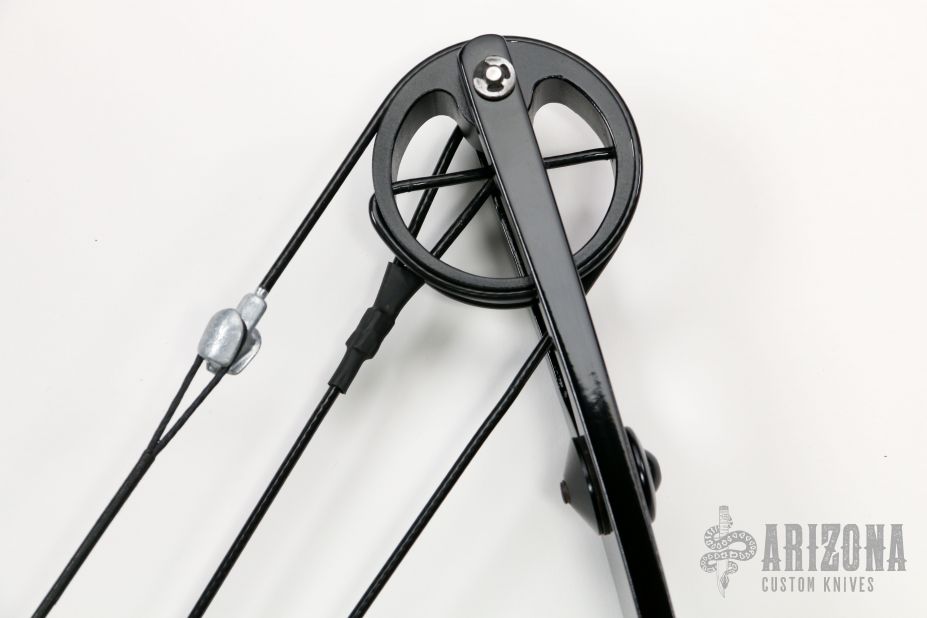 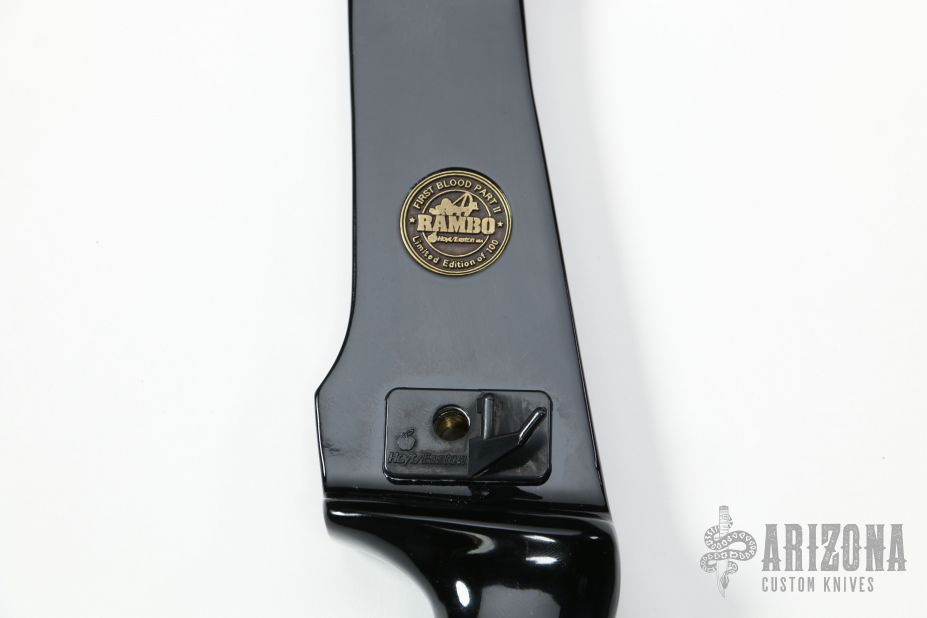 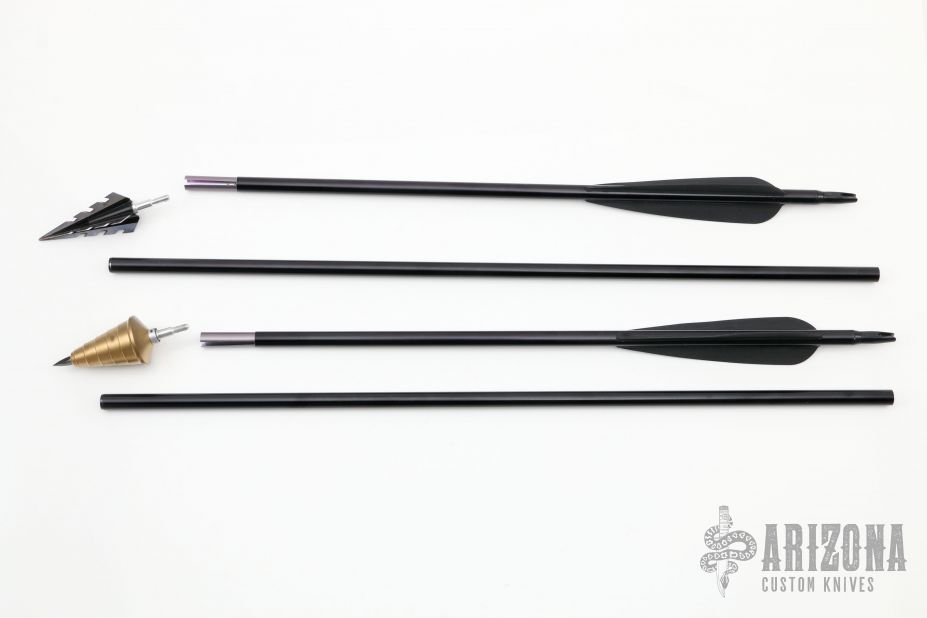 Get email notifications for Hoyt/Easton add to wishlist

Back in 1985, Joe Ellithorpe (owner of the legendary Pony Express Sports / Guns Shop in Sepulveda / CA) was chosen by Sylvester Stallone as Screen Credit Bow Specialist.

Ellithorpe gave Stallone an education in Bow shooting in California at the Bayside, so Ellithorpe chose a Bow from the Brand Hoyt / Easton.

The Bow used in the movie was a special production by Hoyt , concepted for the Action figure John Rambo in the Movie "First Blood Part II“ .  Rambo used an all-black Take-Down-Compound Bow with wide Omega Wheels, that allowed him to shoot Arrows WITHOUT a Cableguard (which normal bows have) …so Stallone was able to shoulder the bow while running and easily take off to instantly shoot.

After the movie, the company Hoyt tried a promotion run on Bows … with a slightly different (all day usable Version of the Moviebow) but with wooden limbs, orange Rambo letters on the bow and a Cableguard and slim energy wheels. It flopped a bit and retired after 500 bows.

The Moviebow should have been made as well. The plan was to make 100 pieces matching the Moviebow.

At that time, Rambo wasn't that famous (as by the end of the 80's) and the Bowconcept didn't run as expected.

Earl Hoyt stopped the expensive Moviebow Production which had a brass Medallion embedded in the riser that say 1 of 100 “ and cancelled the PROJECT due to immense expenses and no requests for the bow.

AT that time, ONLY 12 bows were made in all !!!   Due to the fact that the majority of the customers are usually righthanded …… there were more Righthanded Bows made.  But Stallone was LEFTHANDED and the absolute original Movie-Bow can only be a LEFTHANDED one.  It's never been cleared exactly, but there were only 2 or 3 LEFTHAND Medallionbows made, matching the Moviebow.

The Bows have, opposite to all standard bows, NO Cableguard, so the bow can be worn loaded around the shoulder ….and they also have a special Omega Energy Wheel without "DEAD-End-Pull“ …. That means:

To maximize great movie action, it was wanted to see Stallone's Muscles Flexing all the time, so the bow pulls near 80 pounds and when pulled out completely there is no Off-Weight-Dead-Point ( which normal Compound Bows have) …. So Stallone's muscles had to flex continuously.

Back at the end of 2016, this bow was sent to Joe Ellithorpe for a "checkup“ because after around 30 years and prior to selling it, it needed an inspection.

Joe installed a fresh string on it, checked the cables and polished it sensitively, he also sent 6 Takedown Arrows with Movie-Heads back to me.  I received further a written letter that he sent me in COPY… that counts like a COA that confirms, that this bow is 1 of the Moviebows with Omega Wheels and that he has overseen it and given some love to it . Unfortunately, a little after that,  by the end of 2017, Joe Ellithorpe passed.

This Bow is one of only 2 or 3 LEFTHANDED, and insofar, absolute movie accurate Bows, with 6 Take Down Movie Arrows from Joe and a Letter from Joe Ellithorpe .

This bow's accessories were stripped down for the production prior to filming, to make it appear more sleek and Native American looking (referencing Rambo's heritage as being one half Native American).

It comes with 6 arrows, three with Black Copperhead's chromed Ripper Broadheads, and three with movie prop exploding heads. It comes with an Easton case that holds the arrows.

The bow and arrows are in excellent condition. It comes with a copy of the signed letter from Joe Ellithorpe referencing this bow (he always kept the originals), a letter from the current owner, who is a published expert on bows, and a picture of Stalone from the movie.