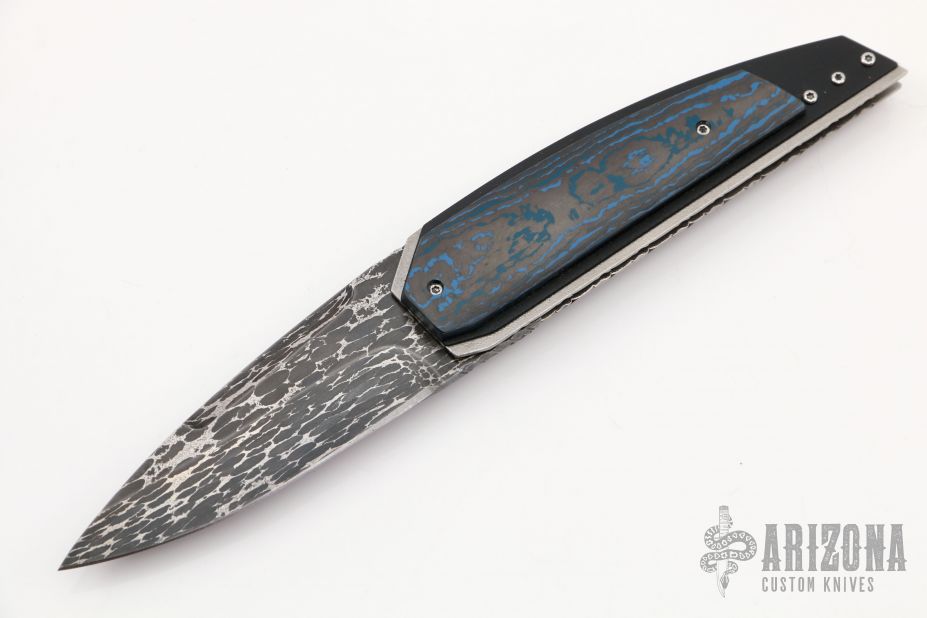 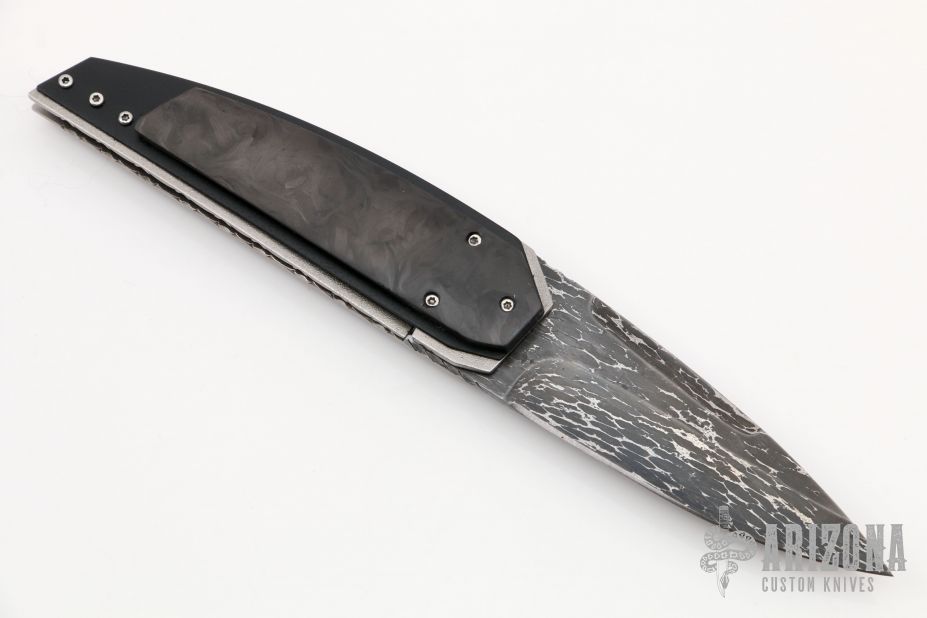 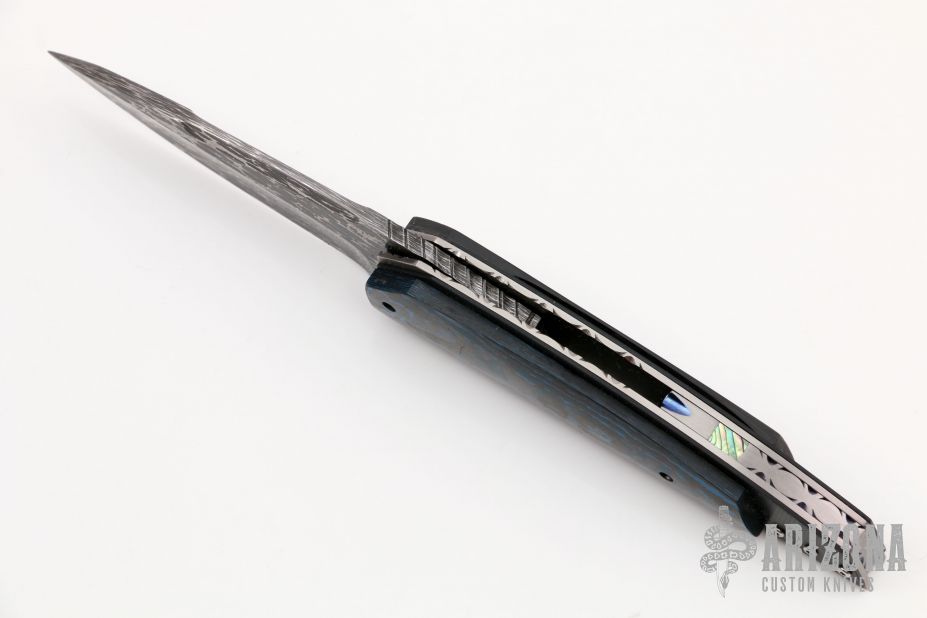 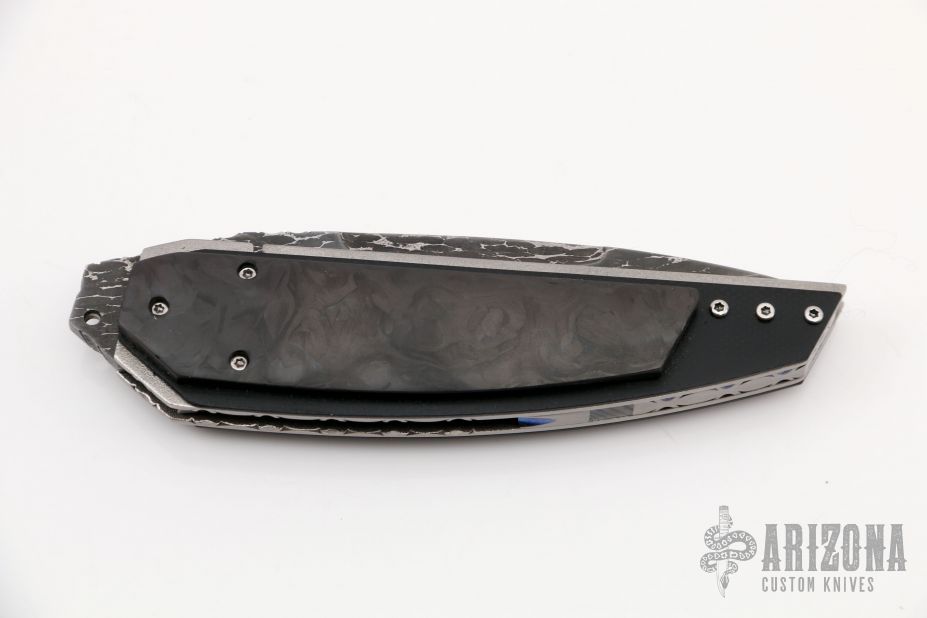 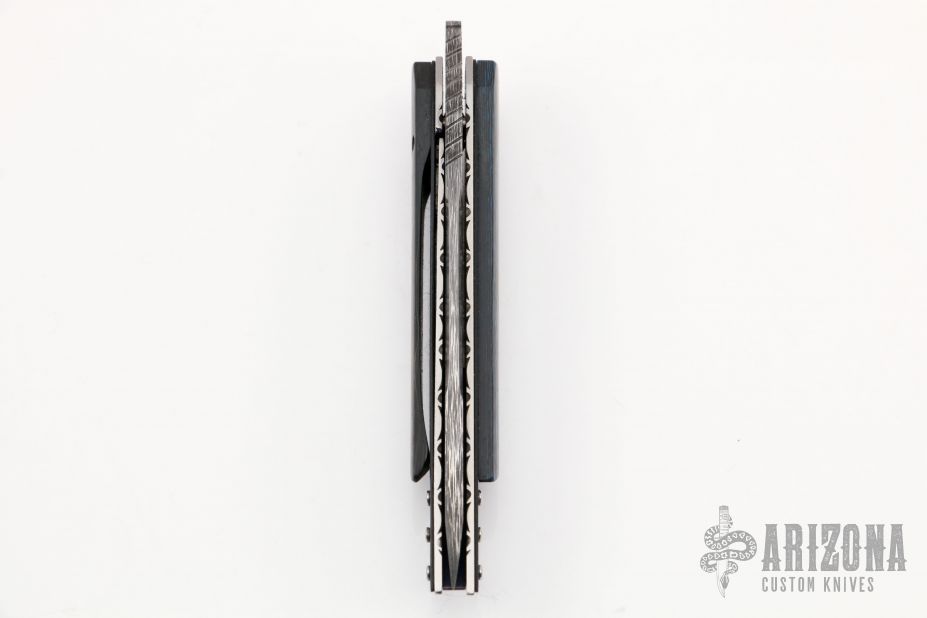 This Strike Linerlock Flipper has a Damascus blade with fileworked spine and flipper. Handle has black/blue carbon fiber scales over black G-10 and fileworked titanium liners, and fileworked titanium backspacer with abalone inlay. The scale on the b-side is also the clip, tip down carry. Nice blade seating, lockup and detent. Excellent condition. Comes with a velcro case. 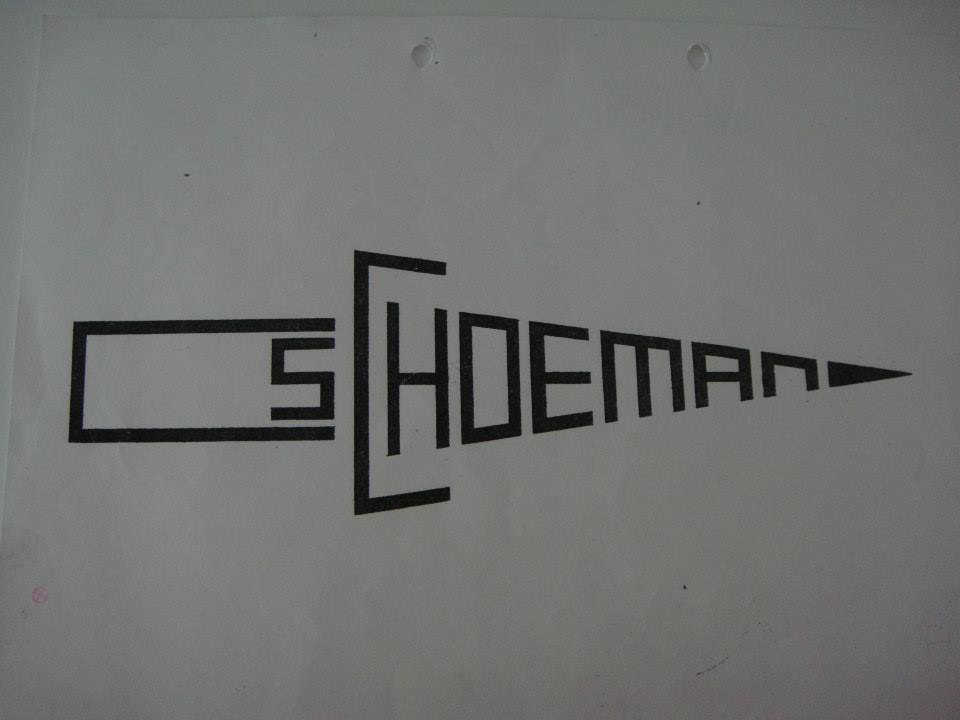 "I started making knives over 30 years ago while at University. My first knife was a big Bowie made from a car spring and I obtained a piece of stag from the local zoo for the handle. I still have and treasure that first knife. In my younger days I was very involved in martial arts yet could not buy Japanese weapons to train with, so I made my own, a short sword called a "sai". My fellow students were enthralled and I began taking orders to make more. Although having earned two university degrees, I continued to make knives part-time, but it became such a passion that I left my profession and am now a full-time knifemaking artist. I have been a member of the South African Knifemakers Guild since 1985. Today I only make folders and automatics, using the best exotic materials such as mammoth ivory, pearl, damascus and damasteel. All my folders have fileworked liners and backstraps, each folder has a jewel inlaid somewhere on the knife as well as in the thumbstud."